Why do some people hit it off immediately? Or decide that the friend of a friend was not likable? Using scientific methods, psychologists have investigated factors influencing attraction and have identified a number of variables, such as similarity, proximity (physical or functional), familiarity, and reciprocity, that influence with whom we develop relationships. 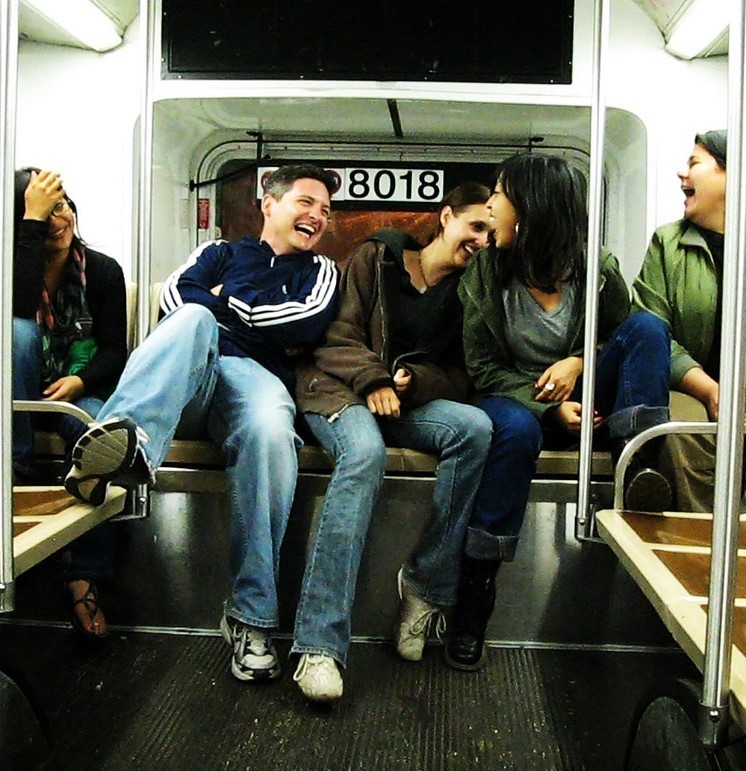 Figure 1. Great and important relationships can develop by chance and physical proximity helps. For example, seeing someone regularly on your daily bus commute to work or school may be all that’s necessary to spark a genuine friendship. [Image: Cheri Lucas Rowlands, https://goo.gl/crCc0Q, CC BY-SA 2.0, https://goo.gl/rxiUsF]

Often we “stumble upon” friends or romantic partners; this happens partly due to how close in proximity we are to those people. Specifically, proximity or physical nearness has been found to be a significant factor in the development of relationships. For example, when college students go away to a new school, they will make friends consisting of classmates, roommates, and teammates (i.e., people close in proximity). Proximity allows people the opportunity to get to know one other and discover their similarities—all of which can result in a friendship or intimate relationship. Proximity is not just about geographic distance, but rather functional distance, or the frequency with which we cross paths with others. For example, college students are more likely to become closer and develop relationships with people on their dorm-room floors because they see them (i.e., cross paths) more often than they see people on a different floor. How does the notion of proximity apply in terms of online relationships? Deb Levine (2000) argues that in terms of developing online relationships and attraction, functional distance refers to being at the same place at the same time in a virtual world (i.e., a chat room or Internet forum)—crossing virtual paths.

One of the reasons why proximity matters to attraction is that it breeds familiarity; people are more attracted to that which is familiar. Just being around someone or being repeatedly exposed to them increases the likelihood that we will be attracted to them. We also tend to feel safe with familiar people, as it is likely we know what to expect from them. Dr. Robert Zajonc (1968) labeled this phenomenon the mere-exposure effect. More specifically, he argued that the more often we are exposed to a stimulus (e.g., sound, person) the more likely we are to view that stimulus positively. Moreland and Beach (1992) demonstrated this by exposing a college class to four women (similar in appearance and age) who attended different numbers of classes, revealing that the more classes a woman attended, the more familiar, similar, and attractive she was considered by the other students.

There is a certain comfort in knowing what to expect from others; consequently, research suggests that we like what is familiar. While this is often on a subconscious level, research has found this to be one of the most basic principles of attraction (Zajonc, 1980). For example, a young man growing up with an overbearing mother may be attracted to other overbearing women not because he likes being dominated but rather because it is what he considers normal (i.e., familiar).

When you hear about celebrity couples such as Kim Kardashian and Kanye West, do you shake your head thinking “this won’t last”? It is probably because they seem so different. While many make the argument that opposites attract, research has found that is generally not true; similarity is key. Sure, there are times when couples can appear fairly different, but overall we like others who are like us. Ingram and Morris (2007) examined this phenomenon by inviting business executives to a cocktail mixer, 95% of whom reported that they wanted to meet new people. Using electronic name tag tracking, researchers revealed that the executives did not mingle or meet new people; instead, they only spoke with those they already knew well (i.e., people who were similar).

When it comes to marriage, research has found that couples tend to be very similar, particularly when it comes to age, social class, race, education, physical attractiveness, values, and attitudes (McCann Hamilton, 2007; Taylor, Fiore, Mendelsohn, & Cheshire, 2011). This phenomenon is known as the matching hypothesis (Feingold, 1988; Mckillip & Redel, 1983). We like others who validate our points of view and who are similar in thoughts, desires, and attitudes.

Another key component in attraction is reciprocity; this principle is based on the notion that we are more likely to like someone if they feel the same way toward us. In other words, it is hard to be friends with someone who is not friendly in return. Another way to think of it is that relationships are built on give and take; if one side is not reciprocating, then the relationship is doomed. Basically, we feel obliged to give what we get and to maintain equity in relationships. Researchers have found that this is true across cultures (Gouldner, 1960). 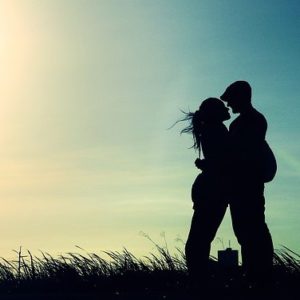 Is all love the same? Are there different types of love? Examining these questions more closely, Robert Sternberg’s (2004; 2007) work has focused on the notion that all types of love are comprised of three distinct areas: intimacy, passion, and commitment. Intimacy includes caring, closeness, and emotional support. The passion component of love is comprised of physiological and emotional arousal; these can include physical attraction, emotional responses that promote physiological changes, and sexual arousal. Lastly, commitment refers to the cognitive process and decision to commit to love another person and the willingness to work to keep that love over the course of your life. The elements involved in intimacy (caring, closeness, and emotional support) are generally found in all types of close relationships—for example, a mother’s love for a child or the love that friends share. Interestingly, this is not true for passion. Passion is unique to romantic love, differentiating friends from lovers. In sum, depending on the type of love and the stage of the relationship (i.e., newly in love), different combinations of these elements are present.

Taking this theory a step further, anthropologist Helen Fisher explained that she scanned the brains (using fMRI) of people who had just fallen in love and observed that their brain chemistry was “going crazy,” similar to the brain of an addict on a drug high (Cohen, 2007). Specifically, serotonin production increased by as much as 40% in newly-in-love individuals. Further, those newly in love tended to show obsessive-compulsive tendencies. Conversely, when a person experiences a breakup, the brain processes it in a similar way to quitting a heroin habit (Fisher, Brown, Aron, Strong, & Mashek, 2009). Thus, those who believe that breakups are physically painful are correct! Another interesting point is that long-term love and sexual desire activate different areas of the brain. More specifically, sexual needs activate the part of the brain that is particularly sensitive to innately pleasurable things such as food, sex, and drugs (i.e., the striatum—a rather simplistic reward system), whereas love requires conditioning—it is more like a habit. When sexual needs are rewarded consistently, then love can develop. In other words, love grows out of positive rewards, expectancies, and habit (Cacioppo, Bianchi-Demicheli, Hatfield & Rapson, 2012).

Dive deeper into Helen Fisher’s research by watching her TED talk “The Brain in Love.” 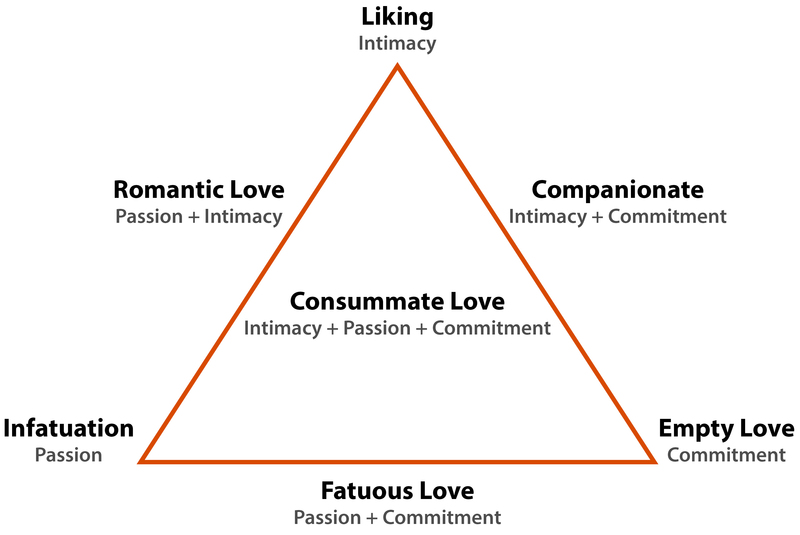 For example, responsive mothers—mothers who soothe their crying infants—produce infants who have secure attachments (Ainsworth, 1973; Bowlby, 1969). About 60% of all children are securely attached. As adults, secure individuals rely on their working models—concepts of how relationships operate—that were created in infancy, as a result of their interactions with their primary caregiver (mother), to foster happy and healthy adult intimate relationships. Securely attached adults feel comfortable being depended on and depending on others.

As you might imagine, inconsistent or dismissive parents also impact the attachment style of their infants (Ainsworth, 1973), but in a different direction. In early studies on attachment style, infants were observed interacting with their caregivers, followed by being separated from them, then finally reunited. About 20% of the observed children were “resistant,” meaning they were anxious even before, and especially during, the separation; and 20% were “avoidant,” meaning they actively avoided their caregiver after separation (i.e., ignoring the mother when they were reunited). These early attachment patterns can affect the way people relate to one another in adulthood. Anxious-resistant adults worry that others don’t love them, and they often become frustrated or angry when their needs go unmet. Anxious-avoidant adults will appear not to care much about their intimate relationships and are uncomfortable being depended on or depending on others themselves.

The good news is that our attachment can be changed. It isn’t easy, but it is possible for anyone to “recover” a secure attachment. The process often requires the help of a supportive and dependable other, and for the insecure person to achieve coherence—the realization that his or her upbringing is not a permanent reflection of character or a reflection of the world at large, nor does it bar him or her from being worthy of love or others of being trustworthy (Treboux, Crowell, & Waters, 2004).

You can watch this video “What is Your Attachment Style?” from The School of Life to learn more.

Click through the following interactive to review and apply Sternberg’s theory.

proximity:
a term for physical nearness which been found to be a significant factor in the development of relationships
matching hypothesis:
we tend to be attracted to those who are similar to us in age, social class, race, education, physical attractiveness, values, and attitudes
reciprocity:
we are more likely to like someone if they feel the same way toward us