How does aging affect memory? 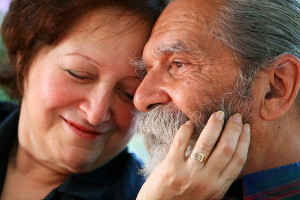 Figure 1. During late adulthood, memory and attention decline, but continued efforts to learn and engage in cognitive activities can minimize aging effects on cognitive development.

Aging may create small decrements in the sensitivity of the senses. And, to the extent that a person has a more difficult time hearing or seeing, that information will not be stored in memory. This is an important point, because many older people assume that if they cannot remember something, it is because their memory is poor. In fact, it may be that the information was never seen or heard.

Older people have more difficulty using memory strategies to recall details (Berk, 2007). Working memory is a cognitive system with a limited capacity responsible for temporarily holding information available for processing. As we age, the working memory loses some of its capacity. This makes it more difficult to concentrate on more than one thing at a time or to remember details of an event.  However, people often compensate for this by writing down information and avoiding situations where there is too much going on at once to focus on a particular cognitive task.

When an elderly person demonstrates difficulty with multi-step verbal information presented quickly, the person is exhibiting problems with working memory. Working memory is among the cognitive functions most sensitive to decline in old age. Several explanations have been offered for this decline in memory functioning; one is the processing speed theory of cognitive aging by Tim Salthouse. Drawing on the findings of general slowing of cognitive processes as people grow older, Salthouse argues that slower processing causes working-memory contents to decay, thus reducing effective capacity.[1] For example, if an elderly person is watching a complicated action movie, they may not process the events quickly enough before the scene changes, or they may processing the events of the second scene, which causes them to forget the first scene. The decline of working-memory capacity cannot be entirely attributed to cognitive slowing, however, because capacity declines more in old age than speed.

Another proposal is the inhibition hypothesis advanced by Lynn Hasher and Rose Zacks. This theory assumes a general deficit in old age in the ability to inhibit irrelevant, or no-longer relevant, information. Therefore, working memory tends to be cluttered with irrelevant contents which reduce the effective capacity for relevant content. The assumption of an inhibition deficit in old age has received much empirical support but, so far, it is not clear whether the decline in inhibitory ability fully explains the decline of working-memory capacity.

An explanation on the neural level of the decline of working memory and other cognitive functions in old age was been proposed by Robert West. He argued that working memory depends to a large degree on the pre-frontal cortex, which deteriorates more than other brain regions as we grow old.[2] Age related decline in working memory can be briefly reversed using low intensity transcranial stimulation, synchronizing rhythms in bilateral frontal and left temporal lobe areas.

Long-term memory involves the storage of information for long periods of time. Retrieving such information depends on how well it was learned in the first place rather than how long it has been stored. If information is stored effectively, an older person may remember facts, events, names and other types of information stored in long-term memory throughout life. The memory of adults of all ages seems to be similar when they are asked to recall names of teachers or classmates. And older adults remember more about their early adulthood and adolescence than about middle adulthood (Berk, 2007). Older adults retain semantic memory or the ability to remember vocabulary.

Younger adults rely more on mental rehearsal strategies to store and retrieve information. Older adults focus rely more on external cues such as familiarity and context to recall information (Berk, 2007). And they are more likely to report the main idea of a story rather than all of the details (Jepson & Labouvie-Vief, in Berk, 2007).

A positive attitude about being able to learn and remember plays an important role in memory. When people are under stress (perhaps feeling stressed about memory loss), they have a more difficult time taking in information because they are preoccupied with anxieties. Many of the laboratory memory tests require comparing the performance of older and younger adults on timed memory tests in which older adults do not perform as well. However, few real life situations require speedy responses to memory tasks. Older adults rely on more meaningful cues to remember facts and events without any impairment to everyday living.

New Research on Aging and Cognition

Can the brain be trained in order to build cognitive reserve to reduce the effects of normal aging? ACTIVE (Advanced Cognitive Training for Independent and Vital Elderly), a study conducted between 1999 and 2001 in which 2,802 individuals age 65 to 94, suggests that the answer is “yes.” These participants received 10 group training sessions and 4 follow up sessions to work on tasks of memory, reasoning, and speed of processing. These mental workouts improved cognitive functioning even 5 years later. Many of the participants believed that this improvement could be seen in everyday tasks as well (Tennstedt, Morris, et al, 2006). Learning new things, engaging in activities that are considered challenging, and being physically active at any age may build a reserve to minimize the effects of primary aging of the brain.

Watch this video from SciShow Psych to learn about ways to keep the mind young and active.

You can view the transcript for “The Best Ways to Keep Your Mind Young” here (opens in new window).

Wisdom is the ability to use common sense and good judgment in making decisions. A wise person is insightful and has knowledge that can be used to overcome obstacles they encounter in their daily lives. Does aging bring wisdom? While living longer brings experience, it does not always bring wisdom. Those who have had experience helping others resolve problems in living and those who have served in leadership positions seem to have more wisdom. So it is age combined with a certain type of experience that brings wisdom. However, older adults generally have greater emotional wisdom or the ability to empathize with and understand others.

Changes in Attention in Late Adulthood

Divided attention has usually been associated with significant age-related declines in performing complex tasks. For example, older adults show significant impairments on attentional tasks such as looking at a visual cue at the same time as listening to an auditory cue because it requires dividing or switching of attention among multiple inputs. Deficits found in many tasks, such as the Stroop task which measures selective attention, can be largely attributed to a general slowing of information processing in older adults rather than to selective attention deficits per se. They also are able to maintain concentration for an extended period of time. In general, older adults are not impaired on tasks that test sustained attention, such as watching a screen for an infrequent beep or symbol.

The tasks on which older adults show impairments tend to be those that require flexible control of attention, a cognitive function associated with the frontal lobes. Importantly, these types of tasks appear to improve with training and can be strengthened.[3]

An important conclusion from research on changes in cognitive function as we age is that attentional deficits can have a significant impact on an older person’s ability to function adequately and independently in everyday life. One important aspect of daily functioning impacted by attentional problems is driving. This is an activity that, for many older people, is essential to independence. Driving requires a constant switching of attention in response to environmental contingencies. Attention must be divided between driving, monitoring the environment, and sorting out relevant from irrelevant stimuli in a cluttered visual array. Research has shown that divided attention impairments are significantly associated with increased automobile accidents in older adults [4] Therefore, practice and extended training on driving simulators under divided attention conditions may be an important remedial activity for older people.[5]

Problem solving tasks that require processing non-meaningful information quickly (a kind of task which might be part of a laboratory experiment on mental processes) declines with age. However, real life challenges facing older adults do not rely on speed of processing or making choices on one’s own. Older adults are able to resolve everyday problems by relying on input from others such as family and friends. They are also less likely than younger adults to delay making decisions on important matters such as medical care (Strough et al., 2003; Meegan & Berg, 2002).

long-term memory:
the storage of information over an extended period
working memory:
a cognitive system with a limited capacity that is responsible for temporarily holding information available for processing