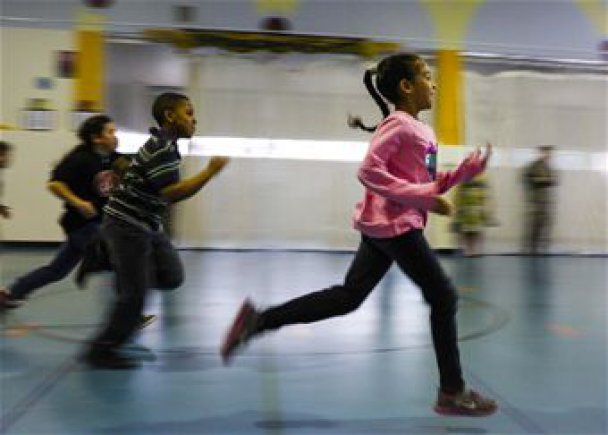 Figure 1. Human development encompasses the physical, cognitive, and psychosocial changes that occur throughout a lifetime.

Many of us are familiar with the height and weight charts that pediatricians consult to estimate if babies, children, and teens are growing within normative ranges of physical development. We may also be aware of changes in children’s fine and gross motor skills, as well as their increasing coordination, particularly in terms of playing sports. But we may not realize that physical development also involves brain development, which not only enables childhood motor coordination but also greater coordination between emotions and planning in adulthood, as our brains are not done developing in infancy or childhood. Physical development also includes puberty, sexual health, fertility, menopause, changes in our senses, and primary versus secondary aging. Healthy habits with nutrition and exercise are also important at every age and stage across the lifespan.

If we watch and listen to infants and toddlers, we can’t help but wonder how they learn so much so fast, particularly when it comes to language development. Then as we compare young children to those in middle childhood, there appear to be huge differences in their ability to think logically about the concrete world around them. Cognitive development includes mental processes, thinking, learning, and understanding, and it doesn’t stop in childhood. Adolescents develop the ability to think logically about the abstract world (and may like to debate matters with adults as they exercise their new cognitive skills!). Moral reasoning develops further, as does practical intelligence—wisdom may develop with experience over time. Memory abilities and different forms of intelligence tend to change with age. Brain development and the brain’s ability to change and compensate for losses is significant to cognitive functions across the lifespan, too.

Development in this domain involves what’s going on both psychologically and socially. Early on, the focus is on infants and caregivers, as temperament and attachment are significant. As the social world expands and the child grows psychologically, different types of play and interactions with other children and teachers become important. Psychosocial development involves emotions, personality, self-esteem, and relationships. Peers become more important for adolescents, who are exploring new roles and forming their own identities. Dating, romance, cohabitation, marriage, having children, and finding work or a career are all parts of the transition into adulthood. Psychosocial development continues across adulthood with similar (and some different) developmental issues of family, friends, parenting, romance, divorce, remarriage, blended families, caregiving for elders, becoming grandparents and great grandparents, retirement, new careers, coping with losses, and death and dying.

As you may have already noticed, physical, cognitive, and psychosocial development are often interrelated, as with the example of brain development. We will be examining human development in these three domains in detail throughout the modules in this course, as we learn about infancy/toddlerhood, early childhood, middle childhood, adolescence, young adulthood, middle adulthood, and late adulthood development, as well as death and dying.

Who Studies Human Development and Why?

Many academic disciplines contribute to the study of development and this type of course is offered in some schools as psychology (particularly as developmental psychology); in other schools, it is taught under sociology, human development, or family studies. This multidisciplinary course is made up of contributions from researchers in the areas of health care, anthropology, nutrition, child development, biology, gerontology, psychology, and sociology, among others. Consequently, the stories provided are rich and well-rounded and the theories and findings can be part of a collaborative effort to understand human lives.

The main goals of those involved in studying human development are to describe and explain changes. Throughout this course, we will describe observations during development, then examine how theories provide explanations for why these changes occur. For example, you may observe two-year-old children to be particularly temperamental, and researchers offer theories to explain why that is. We’ll learn a lot more about theories, especially developmental theories, in the next module.

Is Development Continuous or Discontinuous?

Continuous development views development as a cumulative process, gradually improving on existing skills (Figure 2). With this type of development, there is a gradual change. Consider, for example, a child’s physical growth: adding inches to their height year by year. In contrast, theorists who view development as discontinuous believe that development takes place in unique stages and that it occurs at specific times or ages. With this type of development, the change is more sudden, such as an infant’s ability to demonstrate awareness of object permanence (which is a cognitive skill that develops toward the end of infancy, according to Piaget’s cognitive theory—more on that theory in the next module).

Is There One Course of Development or Many?

Is development essentially the same, or universal, for all children (i.e., there is one course of development) or does development follow a different course for each child, depending on the child’s specific genetics and environment (i.e., there are many courses of development)? Do people across the world share more similarities or more differences in their development? How much do culture and genetics influence a child’s behavior?

Stage theories hold that the sequence of development is universal. For example, in cross-cultural studies of language development, children from around the world reach language milestones in a similar sequence (Gleitman & Newport, 1995). Infants in all cultures coo before they babble. They begin babbling at about the same age and utter their first word around 12 months old. Yet we live in diverse contexts that have a unique effect on each of us. For example, researchers once believed that motor development followed one course for all children regardless of culture. However, childcare practices vary by culture, and different practices have been found to accelerate or inhibit the achievement of developmental milestones such as sitting, crawling, and walking (Karasik, Adolph, Tamis-LeMonda, & Bornstein, 2010).

For instance, let’s look at the Aché society in Paraguay. They spend a significant amount of time foraging in forests. While foraging, Aché mothers carry their young children, rarely putting them down in order to protect them from getting hurt in the forest. Consequently, their children walk much later: They walk around 23–25 months old, in comparison to infants in Western cultures who begin to walk around 12 months old. However, as Aché children become older, they are allowed more freedom to move about, and by about age 9, their motor skills surpass those of U.S. children of the same age: Aché children are able to climb trees up to 25 feet tall and use machetes to chop their way through the forest (Kaplan & Dove, 1987). As you can see, our development is influenced by multiple contexts, so the timing of basic motor functions may vary across cultures. However, the functions are present in all societies.

How Do Nature and Nurture Influence Development?

Are we who we are because of nature (biology and genetics), or are we who we are because of nurture (our environment and culture)? This longstanding question is known in psychology as the nature versus nurture debate. It seeks to understand how our personalities and traits are the product of our genetic makeup and biological factors, and how they are shaped by our environment, including our parents, peers, and culture. For instance, why do biological children sometimes act like their parents—is it because of genetics or because of early childhood environment and what the child has learned from their parents? What about children who are adopted—are they more like their biological families or more like their adoptive families? And how can siblings from the same family be so different?

We are all born with specific genetic traits inherited from our parents, such as eye color, height, and certain personality traits. Beyond our basic genotype, however, there is a deep interaction between our genes and our environment. Our unique experiences in our environment influence whether and how particular traits are expressed, and at the same time, our genes influence how we interact with our environment (Diamond, 2009; Lobo, 2008). There is a reciprocal interaction between nature and nurture as they both shape who we become, but the debate continues as to the relative contributions of each.