Developing a Concept of Self 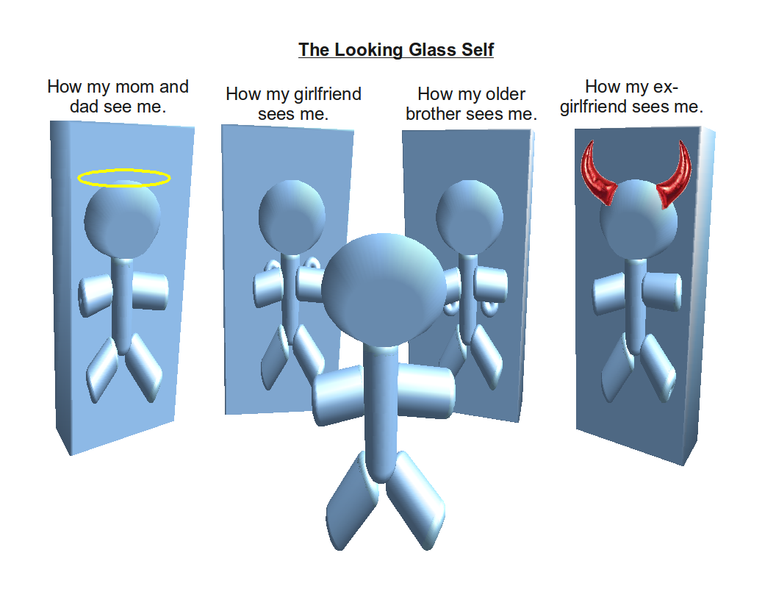 Figure 1. According to Cooley’s concept of the looking glass self, we view ourselves according to how we think others perceive us.

Early childhood is a time of forming an initial sense of self. A self-concept or idea of who we are, what we are capable of doing, and how we think and feel is a social process that involves taking into consideration how others view us. It might be said, then, that in order to develop a sense of self, you must have interaction with others. Interactionist theorists, Cooley and Mead, offer two interesting explanations of how a sense of self develops.

Charles Horton Cooley (1964) suggested that our self-concept comes from looking at how others respond to us. This process, known as the looking-glass self involves looking at how others seem to view us and interpreting this as we make judgments about whether we are good or bad, strong or weak, beautiful or ugly, and so on. Of course, we do not always interpret their responses accurately so our self-concept is not simply a mirror reflection of the views of others. After forming an initial self-concept, we may use our existing self-concept as a mental filter screening out those responses that do not seem to fit our ideas of who we are. So compliments may be negated, for example.

Think of times in your life when you felt more self-conscious. The process of the looking-glass self is pronounced when we are preschoolers. Later in life, we also experience this process when we are in a new school, new job, or are taking on a new role in our personal lives and are trying to gauge our own performance. When we feel more sure of who we are we focus less on how we appear to others.

Watch this Khan Academy video to learn more about Charles Cooley’s looking-glass self.

You can view the transcript for “Introduction to Sociology: Charles Cooley: Looking glass self” here (opens in new window).

Mead’s I and Me

George Herbert Mead (1967) offered an explanation of how we develop a social sense of self by being able to see ourselves through the eyes of others. There are two parts of the self: the “I” which is the part of the self that is spontaneous, creative, innate, and is not concerned with how others view us and the “me” or the social definition of who we are.

When we are born, we are all “I” and act without concern about how others view us. But the socialized self begins when we are able to consider how one important person views us. This initial stage is called “taking the role of the significant other.” For example, a child may pull a cat’s tail and be told by his mother, “No! Don’t do that, that’s bad” while receiving a slight slap on the hand. Later, the child may mimic the same behavior toward the self and say aloud, “No, that’s bad” while patting his own hand. What has happened? The child is able to see himself through the eyes of the mother. As the child grows and is exposed to many situations and rules of culture, he begins to view the self in the eyes of many others through these cultural norms or rules. This is referred to as “taking the role of the generalized other” and results in a sense of self with many dimensions. The child comes to have a sense of self as a student, as a friend, as a son, and so on.

This video explains Mead’s understanding of the “I” and the “me,” and compares it to other concepts you’ve already learned about, like egocentrism.

You can view the transcript for “George Herbert Mead- The I and the Me | Individuals and Society | MCAT | Khan Academy” here (opens in new window).

One of the ways to gain a clearer sense of self is to exaggerate those qualities that are to be incorporated into the self. Preschoolers often like to exaggerate their own qualities or to seek validation as the biggest or smartest or child who can jump the highest. Much of this may be due to the simple fact that the child does not understand their own limits. Young children may really believe that they can beat their parent to the mailbox, or pick up the refrigerator.

This exaggeration tends to be replaced by a more realistic sense of self in middle childhood as children realize that they do have limitations. Part of this process includes having parents who allow children to explore their capabilities and give the child authentic feedback. Another important part of this process involves the child learning that other people have capabilities, too…and that the child’s capabilities may differ from those of other people. Children learn to compare themselves to others to understand what they are “good at” and what they are not as good at.

One important aspect of self-concept is how we understand our ability to exhibit self-control and delay gratification. Self-control involves both response inhibition and delayed gratification. Response inhibition involves the ability to recognize a potential behavior before it occurs and stop the initiation of behaviors that could result in undesired consequences. Delayed gratification refers to the process of forgoing immediate or short-term rewards to achieve more valuable goals in the longer term. The ability to delay gratification was traditionally assessed in young children with the “Marshmallow Test.” During this experiment, participants were presented with a marshmallow (or another small treat) and were given a choice to eat it or wait for a certain period of time without eating it, so that they could have two marshmallows eventually (Mischel et al., 2011).

While self-control takes many years to develop, we see the beginnings of this skill during early childhood. This ability to delay gratification in young children has been shown to predict many positive outcomes. For instance, preschoolers who were able to delay gratification for a longer period of time had higher levels of resilience, better academic and social competence, and greater planning ability in their adolescence (Mischel et al., 1988). Recent research has linked poor delayed gratification in young children to poor eating self-regulation, specifically regarding eating when not hungry (Hughes et al., 2015) and behavioral problems (Willoughby et al., 2011; Kim et al., 2012).[1]

Watch as a teacher uses the Marshmallow Test, originally conducted by Walter Mischel, to teach her students about self-control. The Marshmallow Test has demonstrated correlations between self-control in preschool and successful outcomes in later life. According to Mischel, young children can learn strategies to delay gratification and resist engaging in impulsive behaviors. A retest of the study completed in 2018 by Watts, Duncan and Quan found the effects of self-control in the young children and the later life outcomes to be minimal and more closely tied to the education level of the mother, rather than self-control.[2]

You can view the transcript for “Resisting the marshmallow and the success of self-control” here (opens in new window).

delayed gratification:
the ability to hold out for a larger reward by forgoing a smaller immediate reward
looking-glass self:
the process by which our sense of self develops as we interact with others through various social relationships and incorporate the way those other people view us into our own sense of self
response inhibition:
the ability to recognize a potential behavior and stop the initiation of an undesired behavior
self-concept:
the idea of who we are, what we are capable of doing, and how we think and feel