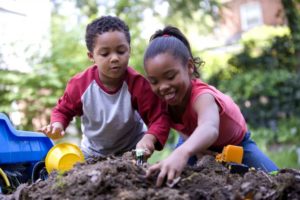 Figure 1. Young children are interested in exploring the differences between what activities are acceptable for boys and girls.

Another important dimension of the self is the sense of self as male or female. Preschool aged children become increasingly interested in finding out the differences between boys and girls both physically and in terms of what activities are acceptable for each. While two-year-olds can identify some differences and learn whether they are boys or girls, preschoolers become more interested in what it means to be male or female. This self-identification, or gender identity, is followed sometime later with gender constancy, or the understanding that superficial changes do not mean that gender has actually changed. For example, if you are playing with a two-year-old boy and put barrettes in his hair, he may protest saying that he doesn’t want to be a girl. By the time a child is four-years-old, they have a solid understanding that putting barrettes in their hair does not change their gender.

Children learn at a young age that there are distinct expectations for boys and girls. Cross-cultural studies reveal that children are aware of gender roles by age two or three. At four or five, most children are firmly entrenched in culturally appropriate gender roles (Kane 1996). Children acquire these roles through socialization, a process in which people learn to behave in a particular way as dictated by societal values, beliefs, and attitudes.

Children may also use gender stereotyping readily. Gender stereotyping involves overgeneralizing about the attitudes, traits, or behavior patterns of women or men. A recent research study examined four- and five-year-old children’s predictions concerning the sex of the persons carrying out a variety of common activities and occupations on television. The children’s responses revealed strong gender-stereotyped expectations. They also found that children’s estimates of their own future competence indicated stereotypical beliefs, with the females more likely to reject masculine activities.

Children who are allowed to explore different toys, who are exposed to non-traditional gender roles, and whose parents and caregivers are open to allowing the child to take part in non-traditional play (allowing a boy to nurture a doll, or allowing a girl to play doctor) tend to have broader definitions of what is gender appropriate, and may do less gender stereotyping.

This clip from Upworthy shows how some children were surprised to meet women in traditionally male occupations.

You can view the transcript for “A Class That Turned Around Kids’ Assumptions of Gender Roles!” here (opens in new window).

The National Center on Parent, Family, and Community Engagement identified several stages of gender identity development, as outlined below. You can see more of their resources and tips for healthy gender development by reading Healthy Gender Development and Young Children.

It is important to understand these typical and normal attempts for children to understand the world around them. It is helpful to encourage children and support them as individuals, instead of emphasizing or playing into gender roles and expectations. You can foster self-esteem in children of any gender by giving all children positive feedback about their unique skills and qualities. For example, you might say to a child, “I noticed how kind you were to your friend when she fell down” or “You were very helpful with clean-up today—you are such a great helper” or “You were such a strong runner on the playground today.”

Learning Through Reinforcement and Modeling

Learning theorists suggest that gender role socialization is a result of the ways in which parents, teachers, friends, schools, religious institutions, media, and others send messages about what is acceptable or desirable behavior for males or females. This socialization begins early—in fact, it may even begin the moment a parent learns that a child is on the way. Knowing the sex of the child can conjure up images of the child’s behavior, appearance, and potential on the part of a parent. And this stereotyping continues to guide perception through life. Consider parents of newborns. Shown a 7-pound, 20-inch baby, wrapped in blue (a color designating males) describe the child as tough, strong, and angry when crying. Shown the same infant in pink (a color used in the United States for baby girls), these parents are likely to describe the baby as pretty, delicate, and frustrated when crying (Maccoby & Jacklin, 1987). Female infants are held more, talked to more frequently and given direct eye contact, while male infants’ play is often mediated through a toy or activity. 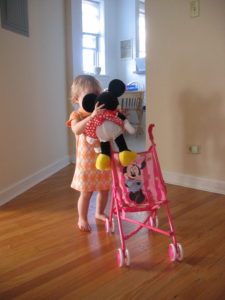 Figure 2. Little girls are often encouraged to play with toys that support female stereotypes of being nurturing.

Sons are given tasks that take them outside the house and that have to be performed only on occasion, while girls are more likely to be given chores inside the home, such as cleaning or cooking, that are performed daily. Sons are encouraged to think for themselves when they encounter problems, and daughters are more likely to be given assistance even when they are working on an answer. This impatience is reflected in teachers waiting less time when asking a female student for an answer than when asking for a reply from a male student (Sadker and Sadker, 1994). Girls are given the message from teachers that they must try harder and endure in order to succeed while boys successes are attributed to their intelligence. Of course, the stereotypes of advisors can also influence which kinds of courses or vocational choices girls and boys are encouraged to make.

Friends discuss what is acceptable for boys and girls, and popularity may be based on modeling what is considered ideal behavior or appearance for the sexes. Girls tend to tell one another secrets to validate others as best friends, while boys compete for position by emphasizing their knowledge, strength or accomplishments. This focus on accomplishments can even give rise to exaggerating accomplishments in boys, but girls are discouraged from showing off and may learn to minimize their accomplishments as a result.

One interesting recent finding is that girls may have an easier time breaking gender norms than boys.[1] Girls who play with masculine toys often do not face the same ridicule from adults or peers that boys face when they want to play with feminine toys. Girls also face less ridicule when playing a masculine role (like doctor) as opposed to a boy who wants to take a feminine role (like caregiver).

You can view the transcript for “Toy Commercials: Playing with Gender” here (opens in new window).

The Impact of Gender Discrimination

How much does gender matter? In the United States, gender differences are found in school experiences. Even into college and professional school, girls are less vocal in class and much more at risk for sexual harassment from teachers, coaches, classmates, and professors. These gender differences are also found in social interactions and in media messages. The stereotypes that boys should be strong, forceful, active, dominant, and rational, and that girls should be pretty, subordinate, unintelligent, emotional, and talkative are portrayed in children’s toys, books, commercials, video games, movies, television shows, and music. In adulthood, these differences are reflected in income gaps between men and women (women working full-time earn about 74 percent the income of men), in higher rates of women suffering rape and domestic violence, higher rates of eating disorders for females, and in higher rates of violent death for men in young adulthood.

Gender differences in India can be a matter of life and death as preferences for male children have been historically strong and are still held, especially in rural areas (WHO, 2010). Male children are given preference for receiving food, breast milk, medical care, and other resources. In some countries, it is no longer legal to give parents information on the sex of their developing child for fear that they will abort a female fetus. Clearly, gender socialization and discrimination still impact development in a variety of ways across the globe. Gender discrimination generally persists throughout the lifespan in the form of obstacles to education, or lack of access to political, financial, and social power.

gender:
a term that refers to social or cultural distinctions of behaviors that are considered male/masculine or female/feminine
gender identity:
the way that one thinks about gender and self-identifies, can be female, male, or genderqueer