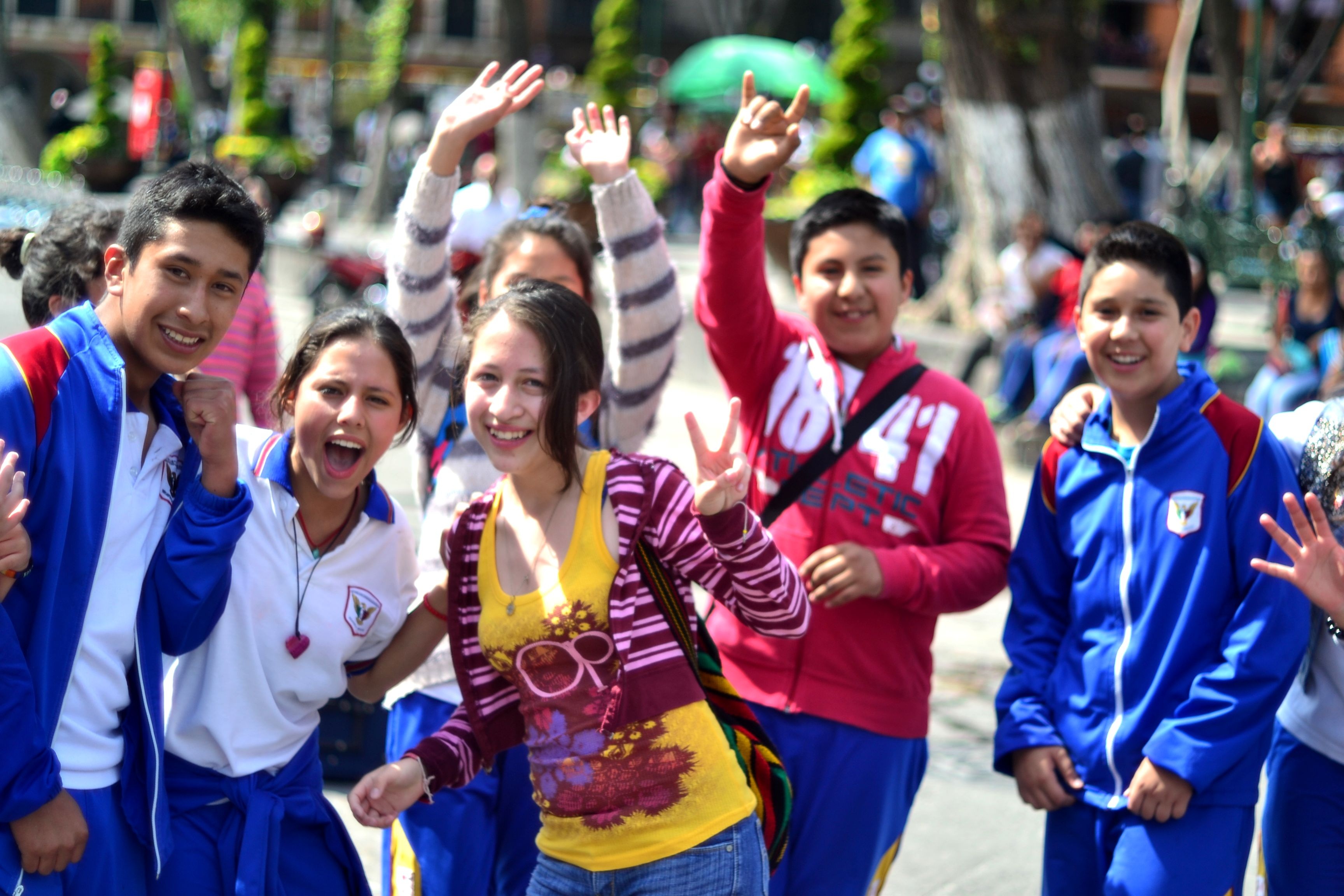 Figure 1. Adolescents simultaneously struggle to fit in with their peers and to form their own unique identities.

Identity development is a stage in the adolescent life cycle. For most, the search for identity begins in the adolescent years. During these years, adolescents are more open to ‘trying on’ different behaviors and appearances to discover who they are. In an attempt to find their identity and discover who they are, adolescents are likely to cycle through a number of identities to find one that suits them best. Developing and maintaining identity (in adolescent years) is a difficult task due to multiple factors such as family life, environment, and social status. Empirical studies suggest that this process might be more accurately described as identity development, rather than formation, but confirms a normative process of change in both content and structure of one’s thoughts about the self.

Two main aspects of identity development are self-concept and self-esteem. The idea of self-concept is known as the ability of a person to have opinions and beliefs that are defined confidently, consistently and with stability. Early in adolescence, cognitive developments result in greater self-awareness, greater awareness of others and their thoughts and judgments, the ability to think about abstract, future possibilities, and the ability to consider multiple possibilities at once. As a result, adolescents experience a significant shift from the simple, concrete, and global self-descriptions typical of young children; as children they defined themselves by physical traits whereas adolescents define themselves based on their values, thoughts, and opinions.

Adolescents can conceptualize multiple “possible selves” that they could become and long-term possibilities and consequences of their choices. Exploring these possibilities may result in abrupt changes in self-presentation as the adolescent chooses or rejects qualities and behaviors, trying to guide the actual self toward the ideal self (who the adolescent wishes to be) and away from the feared self (who the adolescent does not want to be). For many, these distinctions are uncomfortable, but they also appear to motivate achievement through behavior consistent with the ideal and distinct from the feared possible selves.

Further distinctions in self-concept, called “differentiation,” occur as the adolescent recognizes the contextual influences on their own behavior and the perceptions of others, and begin to qualify their traits when asked to describe themselves. Differentiation appears fully developed by mid-adolescence. Peaking in the 7th-9th grades, the personality traits adolescents use to describe themselves refer to specific contexts, and therefore may contradict one another. The recognition of inconsistent content in the self-concept is a common source of distress in these years, but this distress may benefit adolescents by encouraging structural development.

Another aspect of identity formation is self-esteem. Self-esteem is defined as one’s thoughts and feelings about one’s self-concept and identity. Most theories on self-esteem state that there is a grand desire, across all genders and ages, to maintain, protect and enhance their self-esteem. Contrary to popular belief, there is no empirical evidence for a significant drop in self-esteem over the course of adolescence. “Barometric self-esteem” fluctuates rapidly and can cause severe distress and anxiety, but baseline self-esteem remains highly stable across adolescence. The validity of global self-esteem scales has been questioned, and many suggest that more specific scales might reveal more about the adolescent experience. Girls are most likely to enjoy high self-esteem when engaged in supportive relationships with friends, the most important function of friendship to them is having someone who can provide social and moral support. When they fail to win friends’ approval or can’t find someone with whom to share common activities and common interests, in these cases, girls suffer from low self-esteem.

In contrast, boys are more concerned with establishing and asserting their independence and defining their relation to authority. As such, they are more likely to derive high self-esteem from their ability to successfully influence their friends; on the other hand, the lack of romantic competence, for example, failure to win or maintain the affection of another or the same-sex (depending on sexual orientation), is the major contributor to low self-esteem in adolescent boys.

Identity Formation: Who am I?

Adolescents continue to refine their sense of self as they relate to others. Erik Erikson referred to life’s fifth psychosocial task as one of identity versus role confusion when adolescents must work through the complexities of finding one’s own identity. Individuals are influenced by how they resolved all of the previous childhood psychosocial crises and this adolescent stage is a bridge between the past and the future, between childhood and adulthood. Thus, in Erikson’s view, an adolescent’s main questions are “Who am I?” and “Who do I want to be?” Identity formation was highlighted as the primary indicator of successful development during adolescence (in contrast to role confusion, which would be an indicator of not successfully meeting the task of adolescence). This crisis is resolved positively with identity achievement and the gain of fidelity (ability to be faithful) as a new virtue, when adolescents have reconsidered the goals and values of their parents and culture. Some adolescents adopt the values and roles that their parents expect for them. Other teens develop identities that are in opposition to their parents but align with a peer group. This is common as peer relationships become a central focus in adolescents’ lives.

Expanding on Erikson’s theory, Marcia (1966)[1]) described identity formation during adolescence as involving both decision points and commitments with respect to ideologies (e.g., religion, politics) and occupations. Foreclosure occurs when an individual commits to an identity without exploring options. Identity confusion/diffusion occurs when adolescents neither explore nor commit to any identities. Moratorium is a state in which adolescents are actively exploring options but have not yet made commitments. As mentioned earlier, individuals who have explored different options, discovered their purpose, and have made identity commitments are in a state of identity achievement.

Developmental psychologists have researched several different areas of identity development and some of the main areas include:

This video takes a deeper look at Marcia’s theory of identity development and relates the four identity statuses to college students figuring out their major.

You can view the transcript for “James Marcia’s Adolescent Identity Development” here (opens in new window).

Individuals who identify with a role that is different from their sex assigned at birth are called transgender individuals. Approximately 1.4 million U.S. adults or .6 percent of the population are transgender according to a 2016 report.[8]

Transgender individuals may choose to alter their bodies through medical interventions such as surgery and hormonal therapy so that their physical being is better aligned with gender identity. They may also be known as male-to-female (MTF) or female-to-male (FTM). Not all transgender individuals choose to alter their bodies; many will maintain their original anatomy but may present themselves to society as another gender. This is typically done by adopting the dress, hairstyle, mannerisms, or other characteristics typically assigned to another gender. It is important to note that people who cross-dress or wear clothing that is traditionally assigned to a different gender is not the same as identifying as trans. Cross-dressing is typically a form of self-expression, entertainment, or personal style, and it is not necessarily an expression against one’s assigned gender (APA 2008).

After years of controversy over the treatment of sex and gender, the 2013 edition of the Diagnostic and Statistical Manual for Mental Disorders, DSM-5, (and following updates in the DSM-5-TR), responded to allegations that the term “gender identity disorder” was stigmatizing by replacing it with “gender dysphoria.” Gender identity disorder as a diagnostic category stigmatized the patient by implying there was something “disordered” about them. Gender dysphoria, on the other hand, removed some of that stigma by taking the word “disorder” out while maintaining a category that protected patient access to care, including hormone therapy and gender-affirming surgery. According to the DSM-5, gender dysphoria is a condition of people whose gender/sex assigned at birth is contrary to the gender identity they experience. For a person to be diagnosed with gender dysphoria, there must be a marked difference between the individual’s expressed/experienced gender and the gender others would assign them, and it must continue for at least six months. In children, the desire to be of the other gender must be present and verbalized (APA 2013).

Changing the clinical description may contribute to a larger acceptance of transgender people in society. A 2017 poll showed that 54 percent of Americans believe gender is determined by sex assigned at birth and 32 percent say society has “gone too far” in accepting transgender people; views are sharply divided along political and religious lines.[9]

Studies show that people who identify as transgender are twice as likely to experience assault or discrimination as nontransgender individuals; they are also one and a half times more likely to experience intimidation (National Coalition of Anti-Violence Programs 2010; Giovanniello 2013). Trans women of color are most likely to be victims of abuse. A practice called “deadnaming” by the American Civil Liberties Union, whereby trans people who are murdered are referred to by their birth name and gender, is a discriminatory tool that effectively erases a person’s trans identity and also prevents investigations into their deaths and knowledge of their deaths.[10] Organizations such as the National Coalition of Anti-Violence Programs and Global Action for Trans Equality work to prevent, respond to, and end all types of violence against transgender and homosexual individuals. These organizations hope that by educating the public about gender identity and empowering transgender individuals, this violence will end.

cisgender:
an umbrella term used to describe people whose sense of personal identity and gender corresponds with their sex assigned at birth
foreclosure:
term for premature identity formation, which occurs when an adolescent adopts their parents’ or society’s role and values without questioning or analysis, according to Marcia’s theory
gender:
a term that refers to social or cultural distinctions of behaviors that are considered male, female, or another gender
gender dysphoria:
a disorder listed in the DSM-5 in which people whose gender/sex assigned at birth is contrary to the gender they identify with. This condition replaces “gender identity disorder”
gender expression:
how one demonstrates gender (based on traditional gender role norms related to clothing, behavior, and interactions); can be feminine, masculine, androgynous, or somewhere along a spectrum
gender identity:
the way that one thinks about gender and self-identifies, can be woman, man, or genderqueer
identity achievement:
Erikson’s term for the attainment of identity, or the point at which a person understands who they are as a unique individual, in accord with past experiences and future plans; already questioned and made commitment according to Marcia’s theory
identity vs. role confusion:
Erikson’s term for the fifth stage of development, in which the person tries to figure out “Who am I?” but is confused as to which of many possible roles to adopt
moratorium:
an adolescent’s choice of a socially acceptable way to postpone making identity-achievement decisions. Going to college is a common example. Engaged in questioning, but not yet making a commitment, according to Marcia’s theory
role confusion:
a situation in which an adolescent does not seem to know or care what their  identity is. (Sometimes called identity diffusion or role diffusion)
self-concept:
our individual perceptions of our behavior, abilities, and unique characteristics. It is essentially a mental picture of who you are as a person. For example, beliefs such as “I am a good friend” or “I am a kind person” are part of an overall self-concept
self-esteem:
considered an important component of emotional health, self-esteem encompasses both self-confidence and self-acceptance. It is the way individuals perceive themselves and their self-value
sex:
a term that denotes the presence of physical or physiological differences between males and females
transgender:
a term used to describe people whose sense of personal identity does not correspond with their sex assigned at birth