A theory guides and helps us interpret research findings as well. It provides the researcher with a blueprint or model to be used to help piece together various studies. Theories are guidelines; think of them much like instructions that come with an appliance or other object that requires assembly. The instructions can help someone piece together smaller parts more easily than if trial and error are used.

Theories can be developed using induction in which a number of single cases are observed and after patterns or similarities are noted, the theorist develops ideas based on these examples. Established theories are then tested through research; however, not all theories are equally suited to scientific investigation.  Some theories are difficult to test but are still useful in stimulating debate or providing concepts that have practical application.  Keep in mind that theories are not facts; they are guidelines for investigation and practice, and they gain credibility through research that fails to disprove them.

What is a theory?

In lifespan development, we need to rely on a systematic approach to understanding behavior, based on observable events and the scientific method. There are so many different observations about childhood, adulthood, and development in general that we use theories to help organize all of the different observable events or variables. A theory is a simplified explanation of the world that attempts to explain how variables interact with each other. It can take complex, interconnected issues and narrow it down to the essentials. This enables developmental theorists and researchers to analyze the problem in greater depth. 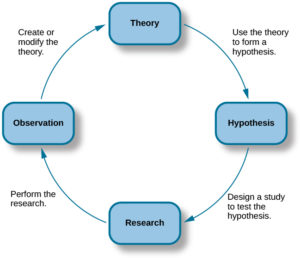 Figure 1. Theories are often revisited and tested through experiments and research.

Two key concepts in the scientific approach are theory and hypothesis. A theory is a well-developed set of ideas that propose an explanation for observed phenomena that can be used to make predictions about future observations. A hypothesis is a testable prediction that is arrived at logically from a theory. It is often worded as an if-then statement (e.g., if I study all night, I will get a passing grade on the test). The hypothesis is extremely important because it bridges the gap between the realm of ideas and the real world. As specific hypotheses are tested, theories are modified and refined to reflect and incorporate the result of these tests. In essence, lifespan theories explain observable events in a meaningful way. They are not as specific as hypotheses, which are so specific that we use them to make predictions in research. Theories offer more general explanations about behavior and events.

Theories can be developed using induction, in which a number of single cases are observed and after patterns or similarities are noted, the theorist develops ideas based on these examples. Established theories are then tested through research; however, not all theories are equally suited to scientific investigation.  Some theories are difficult to test but are still useful in stimulating debate or providing concepts that have practical application. Keep in mind that theories are not facts; they are guidelines for investigation and practice, and they gain credibility through research that fails to disprove them.

People who study lifespan development approach it from different perspectives. Each perspective encompasses one or more theories—the broad, organized explanations and predictions concerning phenomena of interest. Theories of development provide a framework for thinking about human growth, development, and learning. If you have ever wondered about what motivates human thought and behavior, understanding these theories can provide useful insight into individuals and society.

Throughout psychological history and still in present day, three key issues remain among which developmental theorists often disagree. Particularly oft-disputed is the role of early experiences on later development in opposition to current behavior reflecting present experiences–namely the passive versus active issue. Likewise, whether or not development is best viewed as occurring in stages or rather as a gradual and cumulative process of change has traditionally been up for debate – a question of continuity versus discontinuity. Further, the role of heredity and the environment in shaping human development is a much-contested topic of discussion – also referred to as the nature/nurture debate. We’ll examine each of these issues in more detail throughout the course. 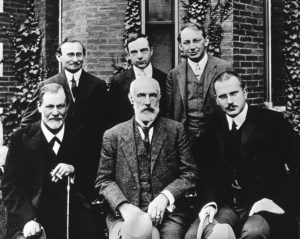 The scientific study of children began in the late nineteenth century and blossomed in the early twentieth century as pioneering psychologists sought to uncover the secrets of human behavior by studying its development. Developmental psychology made an early appearance in a more literary form, however. William Shakespeare had his melancholy character, “Jacques” (in As You Like It), articulate the “seven ages of man,” which included three stages of childhood and four of adulthood.

Three early scholars, John Locke, Jean-Jacques Rousseau, and Charles Darwin proposed theories of human behavior that are the “direct ancestors of the three major theoretical traditions” of developmental psychology today(Vasta et al, 1998, p. 10). Locke, a British empiricist, adhered to a strict environmentalist position, that the mind of the newborn as a tabula rasa (“blank slate”) on which knowledge is written through experience and learning. Rousseau, a Swiss philosopher who spent much of his life in France, proposed a nativistic model in his famous novel Emile, in which development occurs according to innate processes progressing through three stages: Infans (infancy), puer (childhood), and adolescence. Rousseau detailed some of the necessary progression through these stages in order to develop into an ideal citizen. Although some aspects of his text were controversial, Rousseau’s ideas were strongly influential on educators at the time. Finally, the work of Darwin, the British biologist famous for his theory of evolution, led others to suggest that development proceeds through evolutionary recapitulation, with many human behaviors having their origins in successful adaptations in the past as “ontogeny recapitulates phylogeny.”

Darwin’s theories greatly influenced G. Stanley Hall, who believed that children developed over their lifetime much in the same way that a species evolved throughout time. His interests focused on childhood development, adolescence, and evolutionary theory. His major contributions to the field are that he taught the first courses in child development, several of his students becoming leading researchers in the field, and he established scientific journals for the publication of child development research. He was also the first president of the American Psychological Association.

Another early contributor to the study of development was James Mark Baldwin (1861-1934), a Princeton educated American philosopher and psychologist who did quantitative and experimental research on infant development. He made important contributions to early psychology, psychiatry, and to the theory of evolution. Baldwin wrote essays such as “Mental Development in the Child and the Race: Methods and Processes”, which made a vivid impression on Jean Piaget (who later developed the most popular theory of cognitive development) and Lawrence Kohlberg (who developed a theory about moral judgment and development).

The 20th century marked the formation of qualitative distinctions between children and adults. When John Watson wrote the book Psychological Care of Infant and Child in 1928, he sought to add clarification surrounding behaviorists’ views on child care and development. Watson was the founder of the field of behaviorism, which emphasized the role of nurture, or the environment, in human development. He believed, based on Locke’s environmentalist position, that human behavior can be understood in terms of experiences and learning. He believed that all behaviors are learned, or conditioned, as evidenced by his famous “Little Albert” study, in which he conditioned an infant to fear a white rat. In Watson’s book on the care of the infant and child, Watson explained that children should be treated as a young adult—with respect, but also without emotional attachment. In the book, he warned against the inevitable dangers of a mother providing too much love and affection. Watson explained that love, along with everything else as the behaviorist saw the world, is conditioned. Watson supported his warnings by mentioning invalidism, saying that society does not overly comfort children as they become young adults in the real world, so parents should not set up these unrealistic expectations. His book (obviously) became highly criticized but was still influential in promoting more research into early childhood behavior and development.

Another name you are probably familiar with who was influential in the study of human development is Sigmund Freud. Sigmund Freud’s model of “psychosexual development” grew out of his psychoanalytic approach to human personality and psychopathology. In sharp contrast to the objective approach espoused by Watson, Freud based his model of child development on his own and his patients’ recollections of their childhood. He developed a stage model of development in which the libido, or sexual energy, of the child focuses on different “zones” or areas of the body as the child grows to adulthood. Freud’s model is an “interactionist” one since he believed that although the sequence and timing of these stages are biologically determined, successful personality development depends on the experiences the child has during each stage. Although the details of Freud’s developmental theory have been widely criticized, his emphasis on the importance of early childhood experiences, prior to five years of age, has had a lasting impact.

Arnold Gesell, a student of G. Stanley Hall, carried out the first large-scale detailed study of children’s behavior, authoring several books on the topic in the 1920s, 30s, and 40s. His research revealed consistent patterns of development, supporting his view that human development depends on biological “maturation,” with the environment providing only minor variations in the age at which a skill might emerge but never affecting the sequence or pattern. Gesell’s research produced norms, such as the order and the normal age range in which a variety of early behaviors such as sitting, crawling, and walking emerge. In conducting his studies, Gesell developed sophisticated observational techniques, including one-way viewing screens and recording methods that did not disturb the child.

Jean Piaget (1896-1980) is considered one of the most influential psychologists of the twentieth century, and his stage theory of cognitive development revolutionized our view of children’s thinking and learning. His work inspired more research than any other theorist, and many of his concepts are still foundational to developmental psychology. His interest lay in children’s knowledge, their thinking, and the qualitative differences in their thinking as it develops. Although he called his field “genetic epistemology,” stressing the role of biological determinism, he also assigned great importance to experience. In his view, children “construct” their knowledge through processes of “assimilation,” in which they evaluate and try to understand new information, based on their existing knowledge of the world, and “accommodation,” in which they expand and modify their cognitive structures based on new experiences.

Modern developmental psychology generally focuses on how and why certain modifications throughout an individual’s life-cycle (cognitive, social, intellectual, personality) and human growth change over time. There are many theorists that have made, and continue to make, a profound contribution to this area of psychology, amongst whom is Erik Erikson who developed a model of eight stages of psychological development. He believed that humans developed in stages throughout their lifetimes and this would affect their behaviors. In this module, we’ll examine some of these major theories and contributions made by prominent psychologists.

hypothesis:
a testable prediction
theory:
a well-developed set of ideas that propose an explanation for observed phenomena that can be used to make predictions about future observations