When economists talk about consumer choice, what they are referring to is the combination of goods and services a consumer purchases. To understand how a household will make its choices, economists look at what consumers can afford, as shown in a budget constraint (or budget line), and the total utility or satisfaction derived from those choices. When we graph a budget constraint, the quantity of one good is on the horizontal axis and the quantity of the other good on the vertical axis. The budget constraint line shows the various combinations of two goods that are affordable given a specific budget (or level of consumer income).

Watch the selected clip from this video to review budget constraints. The budget constraint graph shows the various combinations of goods (like coffee and pizza) that you can afford at any given price. We’ll finish the second portion of the video later in the module.

Utility is the term economists use to describe the satisfaction or happiness a person gets from consuming a good or service. José obtains utility from consuming T-shirts and consuming movies. Like all consumers, we assume José wishes to choose the combination of T-shirts and movies that will provide him with the greatest total utility,

Let’s begin with an assumption, which we will discuss in more detail later, that José can measure his own utility with something called utils. (It is important to note that you cannot make comparisons between the utils of individuals. If one person gets 20 utils from a cup of coffee and another gets 10 utils, this does not mean than the first person gets more enjoyment from the coffee than the other or that they enjoy the coffee twice as much. The reason why is that utils are subjective to an individual. The way one person measures utils is not the same as the way someone else does.)

Table 2 shows how José’s utility is connected with his T-shirt or movie consumption. The first column of the table shows the quantity of T-shirts consumed. The second column shows the total utility, or total amount of satisfaction, that José receives from consuming that number of T-shirts. The typical pattern of total utility, shown in this example, is that consuming additional units of a good leads to greater total utility, but at a decreasing rate. We can see this in Figure 2. 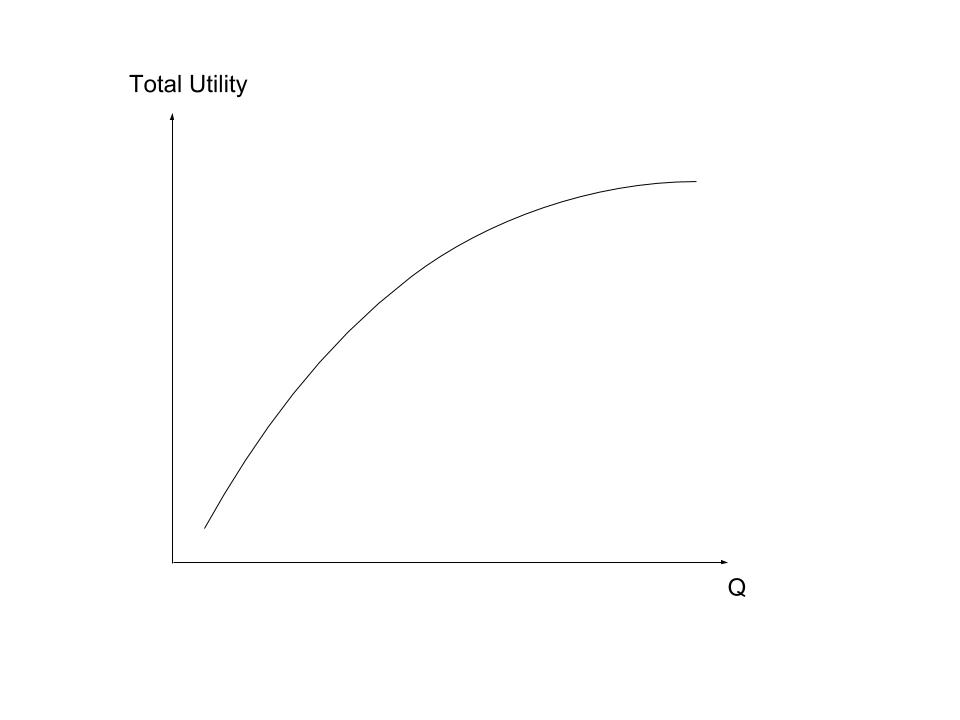 Figure 2. Total Utility Curve. This is a typical total utility curve showing an increase in total utility as consumption of a good increases, though at a decreasing rate.

The rest of Table 2 shows the utility José would obtain from attending different quantities of movies. Total utility follows the expected pattern: it increases as the number of movies that José watches rises. José can afford any combination of T-shirts and movies which is on his budget constraint. Which combination should he choose if he wishes to obtain the most utility possible? Table 3 looks at each point on the budget constraint in Figure 1, and adds up José’s total utility for each combination of T-shirts and movies.

Let’s look at how José makes his decision in more detail.

Step 2. Look at Table 2. You can see from the fourth row/second column that three T-shirts are worth 63 utils. Similarly, the second row/fifth column shows that two movies are worth 31 utils.

Step 4. You can repeat the same calculations for each point on Table 3, in which the total utility numbers are shown in the last column.

For José, the highest total utility for all possible combinations of goods occurs at point S, with a total utility of 103 from consuming one T-shirt and six movies.