Why It Matters: Monopoly

Why analyze a firm’s profit-maximizing strategies under conditions of a monopoly? 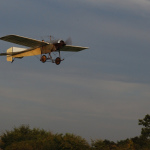 If perfect competition is at one end of the competitive spectrum, at the other end is monopoly. Mono means one. A monoplane is an aircraft with one wing. A monocle is a single eyeglass. Monopoly is a single supplier, the only firm in an industry. Monopolies have monopoly power, which is the ability to set the market price.

As you work through this module, think about the following questions:

There are more industries which are monopolies than are perfectly competitive, but examples of pure monopoly are still hard to find in the U.S. Google is not a monopoly. Nor is Microsoft or Amazon. Still we can learn a lot about how those firms operate by understanding the model of monopoly. Your local power company is a monopoly, but it doesn’t operate exactly the way this module explains. How do we explain this anomaly? Let’s find out.

This module begins by describing how monopolies are protected from competition, including laws that prohibit competition, technological advantages, and certain configurations of demand and supply. It then discusses how a monopoly will choose its profit-maximizing quantity to produce and what price to charge. While a monopoly must be concerned about whether consumers will purchase its products or spend their money on something altogether different, the monopolist need not worry about the actions of other competing firms producing its products. As a result, a monopoly is not a price taker like a perfectly competitive firm, but instead it has the power to choose its market price.