In the eighteenth century, a scientist named Carl Linnaeus first proposed organizing the known species of organisms into a hierarchical taxonomy. In this system, species that are most similar to each other are put together within a grouping known as a genus. Furthermore, similar genera (the plural of genus) are put together within a family. This grouping continues until all organisms are collected together into groups at the highest level. The current taxonomic system now has eight levels in its hierarchy, from lowest to highest, they are: species, genus, family, order, class, phylum, kingdom, domain. Thus species are grouped within genera, genera are grouped within families, families are grouped within orders, and so on (Figure 1). 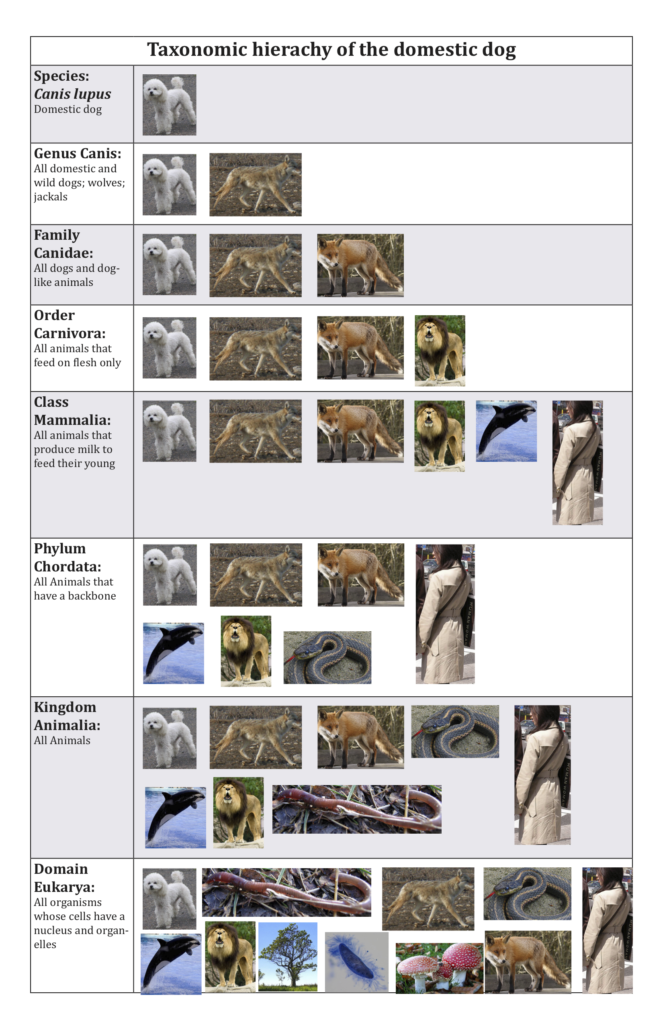 Figure 1. This diagram shows the levels of taxonomic hierarchy for a dog, from the broadest category—domain—to the most specific—species. Click for a larger image.

The kingdom Animalia stems from the Eukarya domain. For the common dog, the classification levels would be as shown in Figure 1. Therefore, the full name of an organism technically has eight terms. For the dog, it is: Eukarya, Animalia, Chordata, Mammalia, Carnivora, Canidae, Canis, and lupus. Notice that each name is capitalized except for species, and the genus and species names are italicized. Scientists generally refer to an organism only by its genus and species, which is its two-word scientific name, in what is called binomial nomenclature. Each species has a unique binomial to allow for proper identification.

Therefore, the scientific name of the dog is Canis lupus. It is important that the correct formatting (capitalization and italics) is used when calling an organism by its specific binomial.