It is important to note that natural selection is not the only way that species evolve. In particular, humans can have quite drastic impacts on species’ characteristics, especially in organisms with agricultural or economic benefit.

Artificial selection (also known as selective breeding) is the process by which humans use animal breeding and plant breeding to selectively develop particular phenotypic traits (characteristics) by choosing which typically animal or plant males and females will sexually reproduce and have offspring together. Domesticated animals are known as breeds, normally bred by a professional breeder, while domesticated plants are known as varieties, cultigens, or cultivars. Two purebred animals of different breeds produce a crossbreed, and crossbred plants are called hybrids. Flowers, vegetables and fruit-trees may be bred by amateurs and commercial or non-commercial professionals: major crops are usually the provenance of the professionals.

There are two approaches or types of artificial selection. First is the traditional “breeder’s approach” in which the breeder or experimenter applies “a known amount of selection to a single phenotypic trait” by examining the chosen trait and choosing to breed only those that exhibit higher or “extreme values” of that trait. The second is called “controlled natural selection,” which is essentially natural selection in a controlled environment. In this, the breeder does not choose which individuals being tested “survive or reproduce,” as they could in the traditional approach. There are also “selection experiments,” which is a third approach and these are conducted in order to determine the “strength of natural selection in the wild.” However, this is more often an observational approach as opposed to an experimental approach. 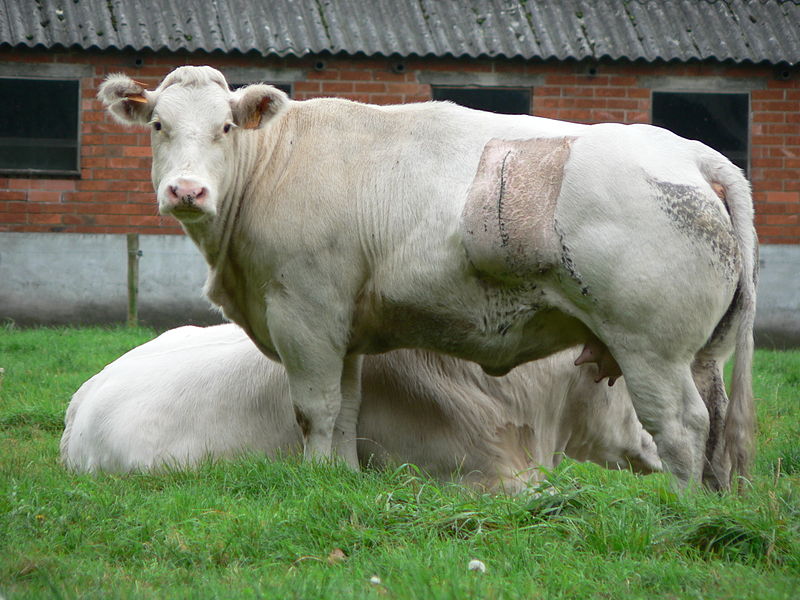 Figure 1. A Belgian Blue cow. The defect in the breed’s myostatin gene is maintained through linebreeding and is responsible for its accelerated lean muscle growth.

In animal breeding, techniques such as inbreeding, linebreeding, and outcrossing are utilized. In plant breeding, similar methods are used. Charles Darwin discussed how artificial selection had been successful in producing change over time in his 1859 book, On the Origin of Species. Its first chapter discusses artificial selection and domestication of such animals as pigeons, cats, cattle, and dogs. Darwin used artificial selection as a springboard to introduce and support the theory of natural selection.

The deliberate exploitation of artificial selection to produce desired results has become very common in agriculture and experimental biology.

Artificial selection can be unintentional, e.g., resulting from the process of human cultivation; and it may also produce unintended—desirable or undesirable—results. For example, in some grains, an increase in seed size may have resulted from certain ploughing practices rather than from the intentional selection of larger seeds. Most likely, there has been an interdependence between natural and artificial factors that have resulted in plant domestication.