Aquatic ecosystems include both saltwater and freshwater biomes. The abiotic factors important for the structuring of aquatic ecosystems can be different than those seen in terrestrial systems. Sunlight is a driving force behind the structure of forests and also is an important factor in bodies of water, especially those that are very deep, because of the role of photosynthesis in sustaining certain organisms.

Like terrestrial biomes, aquatic biomes are influenced by a series of abiotic factors. The aquatic medium—water— has different physical and chemical properties than air, however. Even if the water in a pond or other body of water is perfectly clear (there are no suspended particles), water, on its own, absorbs light. As one descends into a deep body of water, there will eventually be a depth which the sunlight cannot reach. While there are some abiotic and biotic factors in a terrestrial ecosystem that might obscure light (like fog, dust, or insect swarms), usually these are not permanent features of the environment. The importance of light in aquatic biomes is central to the communities of organisms found in both freshwater and marine ecosystems. In freshwater systems, stratification due to differences in density is perhaps the most critical abiotic factor and is related to the energy aspects of light. The thermal properties of water (rates of heating and cooling) are significant to the function of marine systems and have major impacts on global climate and weather patterns. Marine systems are also influenced by large-scale physical water movements, such as currents; these are less important in most freshwater lakes.

The ocean is categorized by several areas or zones (Figure 1). All of the ocean’s open water is referred to as the pelagic realm (or zone). The benthic realm (or zone) extends along the ocean bottom from the shoreline to the deepest parts of the ocean floor. Within the pelagic realm is the photic zone, which is the portion of the ocean that light can penetrate (approximately 200 m or 650 ft). At depths greater than 200 m, light cannot penetrate; thus, this is referred to as the aphotic zone. The majority of the ocean is aphotic and lacks sufficient light for photosynthesis. The deepest part of the ocean, the Challenger Deep (in the Mariana Trench, located in the western Pacific Ocean), is about 11,000 m (about 6.8 mi) deep. To give some perspective on the depth of this trench, the ocean is, on average, 4267 m or 14,000 ft deep. These realms and zones are relevant to freshwater lakes as well. 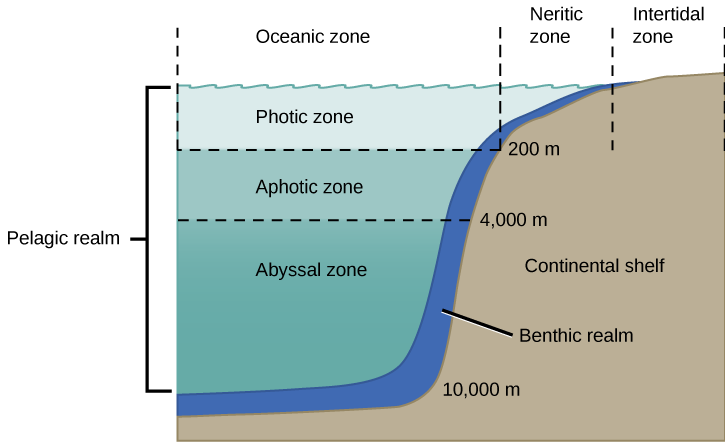 Figure 1. The ocean is divided into different zones based on water depth and distance from the shoreline.

In which of the following regions would you expect to find photosynthetic organisms?

Show Answer
Option b: Photosynthetic organisms would be found in the photic zone, the intertidal zone, the neritic zone, and the oceanic zone.