Resources are often limited within a habitat and multiple species may compete to obtain them. All species have an ecological niche in the ecosystem, which describes how they acquire the resources they need and how they interact with other species in the community. The competitive exclusion principle states that two species cannot occupy the same niche in a habitat. In other words, different species cannot coexist in a community if they are competing for all the same resources. An example of this principle is shown in Figure 1, with two protozoan species, Paramecium aurelia and Paramecium caudatum. When grown individually in the laboratory, they both thrive. But when they are placed together in the same test tube (habitat), P. aurelia outcompetes P. caudatum for food, leading to the latter’s eventual extinction. 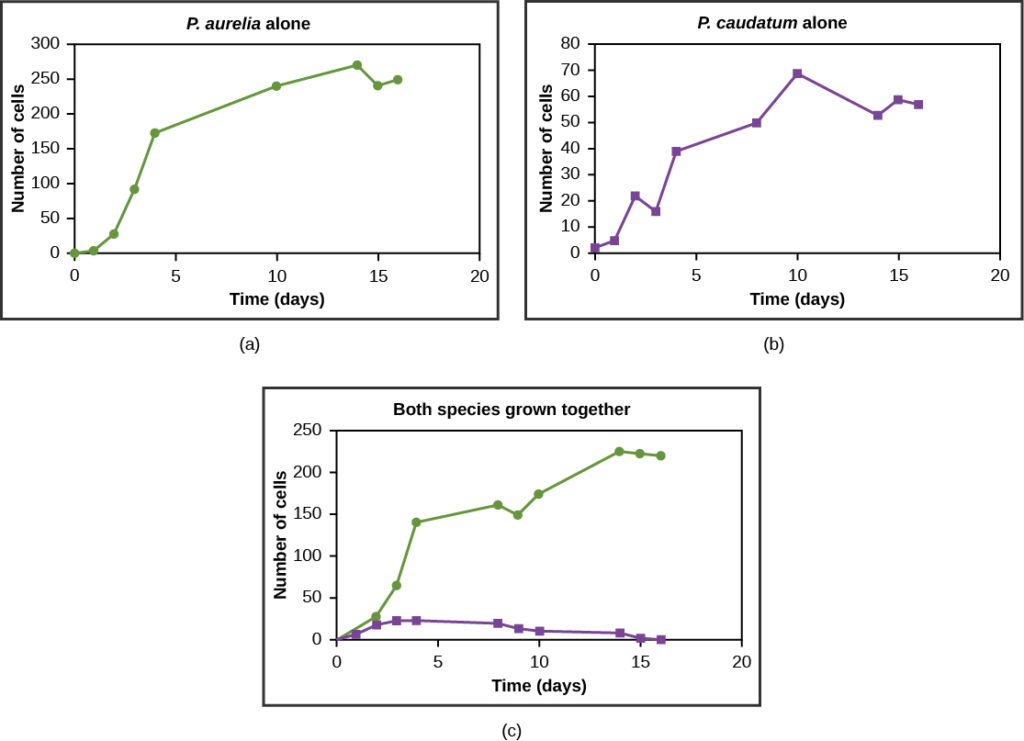 Figure 1. Paramecium aurelia and Paramecium caudatum grow well individually, but when they compete for the same resources, the P. aurelia outcompetes the P. caudatum.

Competitive exclusion may be avoided if one or both of the competing species evolves to use a different resource, occupy a different area of the habitat, or feed during a different time of day. The result of this kind of evolution is that two similar species use largely non-overlapping resources and thus have different niches. This is called resource partitioning, and it helps the species coexist because there is less direct competition between them.

The anole lizards found on the island of Puerto Rico are a good example of resource partitioning. In this group, natural selection has led to the evolution of different species that make use of different resources. The figure below shows resource partitioning among 11 species of anole lizards. Each species lives in its own preferred habitat, which is defined by type and height of vegetation (trees, shrubs, cactus, etc.), sunlight, and moisture, among other factors. 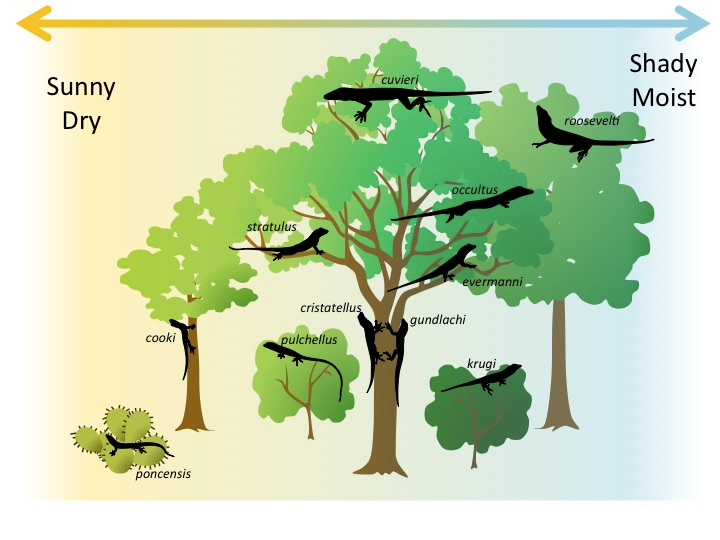 Watch this video to review competition and how populations share resources in a community: