Squamous epithelial cells are generally round, flat, and have a small, centrally located nucleus. The cell outline is slightly irregular, and cells fit together to form a covering or lining. When the cells are arranged in a single layer (simple epithelia), they facilitate diffusion in tissues, such as the areas of gas exchange in the lungs and the exchange of nutrients and waste at blood capillaries.

Figure 1. Squamous epithelia cells (a) have a slightly irregular shape, and a small, centrally located nucleus. These cells can be stratified into layers, as in (b) this human cervix specimen. (credit b: modification of work by Ed Uthman; scale-bar data from Matt Russell)

Cuboidal epithelial cells, shown in Figure 2, are cube-shaped with a single, central nucleus. They are most commonly found in a single layer representing a simple epithelia in glandular tissues throughout the body where they prepare and secrete glandular material. They are also found in the walls of tubules and in the ducts of the kidney and liver. 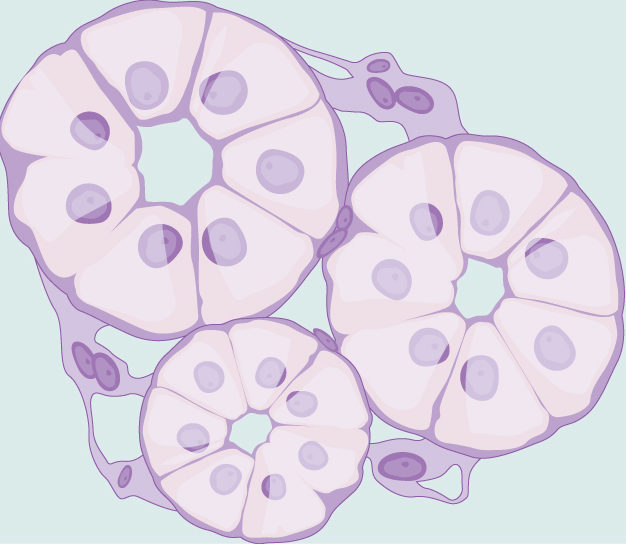 Figure 2. Simple cuboidal epithelial cells line tubules in the mammalian kidney, where they are involved in filtering the blood. 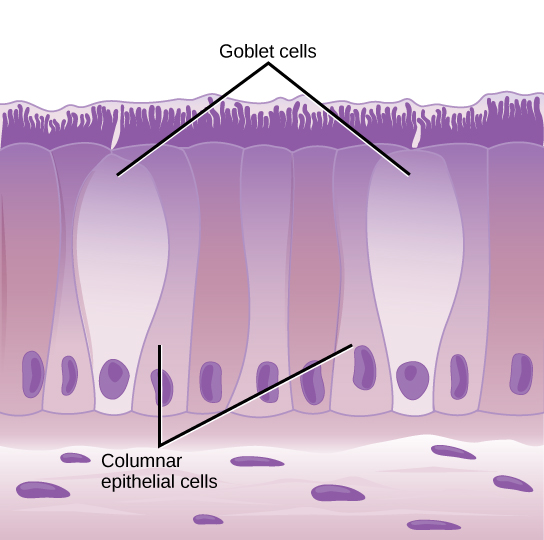 Columnar epithelial cells are taller than they are wide: they resemble a stack of columns in an epithelial layer, and are most commonly found in a single-layer arrangement. The nuclei of columnar epithelial cells in the digestive tract appear to be lined up at the base of the cells, as illustrated in Figure 3. These cells absorb material from the lumen of the digestive tract and prepare it for entry into the body through the circulatory and lymphatic systems.

Columnar epithelial cells lining the respiratory tract appear to be stratified. However, each cell is attached to the base membrane of the tissue and, therefore, they are simple tissues. The nuclei are arranged at different levels in the layer of cells, making it appear as though there is more than one layer, as seen in Figure 4. This is called pseudostratified columnar epithelia. This cellular covering has cilia at the apical, or free, surface of the cells. The cilia enhance the movement of mucous and trapped particles out of the respiratory tract, helping to protect the system from invasive microorganisms and harmful material that has been breathed into the body. Goblet cells are interspersed in some tissues (such as the lining of the trachea). The goblet cells contain mucous that traps irritants, which in the case of the trachea keep these irritants from getting into the lungs. 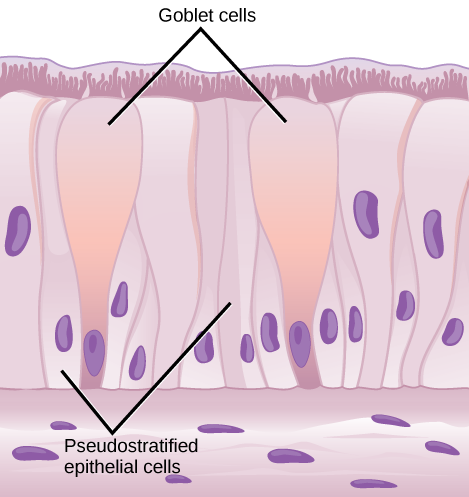 Transitional or uroepithelial cells appear only in the urinary system, primarily in the bladder and ureter. These cells are arranged in a stratified layer, but they have the capability of appearing to pile up on top of each other in a relaxed, empty bladder, as illustrated in Figure 5. As the urinary bladder fills, the epithelial layer unfolds and expands to hold the volume of urine introduced into it. As the bladder fills, it expands and the lining becomes thinner. In other words, the tissue transitions from thick to thin. 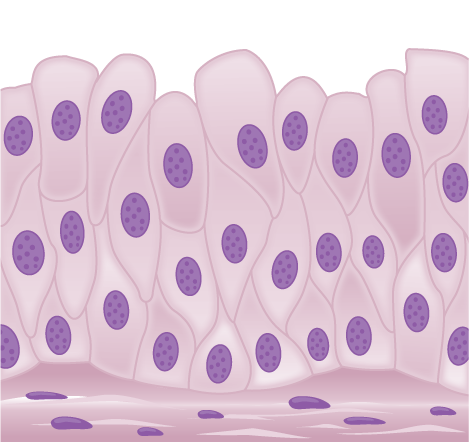 Figure 5. Transitional epithelia of the urinary bladder undergo changes in thickness depending on how full the bladder is.

Which of the following statements about types of epithelial cells is false?

Show Answer
Statement d is false. The transitional epithelia itself does not change thickness: the layer simply unfolds.
Click through the interactive review to learn more about epithelial tissues.