Evolution and Diversity of Birds

One important fossil of an animal intermediate to dinosaurs and birds is Archaeopteryx, which is from the Jurassic period (Figure 1). Archaeopteryx is important in establishing the relationship between birds and dinosaurs, because it is an intermediate fossil, meaning it has characteristics of both dinosaurs and birds. Some scientists propose classifying it as a bird, but others prefer to classify it as a dinosaur. The fossilized skeleton of Archaeopteryx looks like that of a dinosaur, and it had teeth whereas birds do not, but it also had feathers modified for flight, a trait associated only with birds among modern animals. Fossils of older feathered dinosaurs exist, but the feathers do not have the characteristics of flight feathers.

Figure 1. (a) Archaeopteryx lived in the late Jurassic Period around 150 million years ago. It had teeth like a dinosaur, but had (b) flight feathers like modern birds, which can be seen in this fossil. 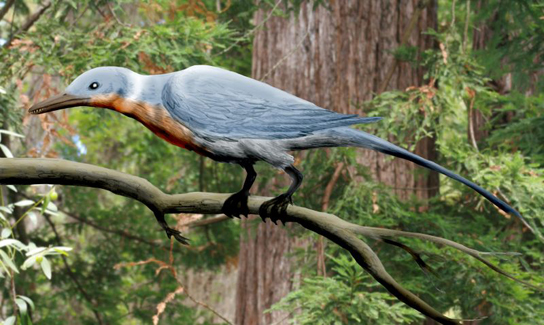 Figure 2. Shanweiniao cooperorum was a species of Enantiornithes that did not survive past the Cretaceous period. (credit: Nobu Tamura)

During the Cretaceous period, a group known as the Enantiornithes was the dominant bird type (Figure 2). Enantiornithes means “opposite birds,” which refers to the fact that certain bones of the feet are joined differently than the way the bones are joined in modern birds. These birds formed an evolutionary line separate from modern birds, and they did not survive past the Cretaceous. Along with the Enantiornithes, Ornithurae birds (the evolutionary line that includes modern birds) were also present in the Cretaceous. After the extinction of Enantiornithes, modern birds became the dominant bird, with a large radiation occurring during the Cenozoic Era. Referred to as Neornithes (“new birds”), modern birds are now classified into two groups, the Paleognathae (“old jaw”) or ratites, a group of flightless birds including ostriches, emus, rheas, and kiwis, and the Neognathae (“new jaw”), which includes all other birds.

Bird diversity is much greater than that of reptiles, amphibians and mammals respectively. Presently, there are 10,711 extant species and 158 extinct species of birds of the world. The diversity is astounding, with birds existing almost everywhere in the world.

Birds live all over the world. They range in size from the two-inch bee hummingbird to the nine-foot ostrich. More than half of the known birds on earth are perching birds. As we just learned, birds first appeared during the Cretaceous, about 100 million years ago. Birds diversified dramatically round about the time of the Cretaceous–Palaeogene extinction event 66 million years ago, which killed off all the non-avian dinosaur lines. Birds, especially those in the southern continents, survived this event and then migrated to other parts of the world.

Modern birds have wings which are more or less developed depending on the species; the only known groups without wings are the extinct moa and elephant birds. Wings, which evolved from forelimbs, gave birds the ability to fly. Later many groups evolved with reduced wings, such as ratites, penguins, and many island species of birds. The digestive and respiratory systems of birds are also adapted for flight. Some bird species in aquatic environments, particularly seabirds and some waterbirds, have evolved as good swimmers.

Some birds, especially crows and parrots, are among the most intelligent animals. Several bird species make and use tools. Many social species pass on knowledge across generations, a form of culture. Many species annually migrate great distances. Birds are social. They communicate with visual signals, calls, and bird songs. They have social behaviours such as cooperative breeding and hunting, flocking, and mobbing of predators.

Most bird species are socially monogamous, usually for one breeding season at a time, sometimes for years, but rarely for life. Other species are polygynous (one male with many females) or, rarely, polyandrous (one female with many males). Birds produce offspring by laying eggs which are fertilised by sexual reproduction. They are often laid in a nest and incubated by the parents. Most birds have an extended period of parental care after hatching. Some birds, such as hens, lay eggs even when not fertilised, though unfertilised eggs do not produce offspring.