According to the United Nations Convention on Biological Diversity, biotechnology is “any technological application that uses biological systems, living organisms, or derivatives thereof, to make or modify products or processes for specific use.”[1] The concept of “specific use” involves some sort of commercial application. Genetic engineering, artificial selection, antibiotic production, and cell culture are current topics of study in biotechnology. However, humans have used prokaryotes before the term biotechnology was even coined. In addition, some of the goods and services are as simple as cheese, bread, wine, beer, and yogurt, which employ both bacteria and other microbes, such as yeast, a fungus (Figure 1). 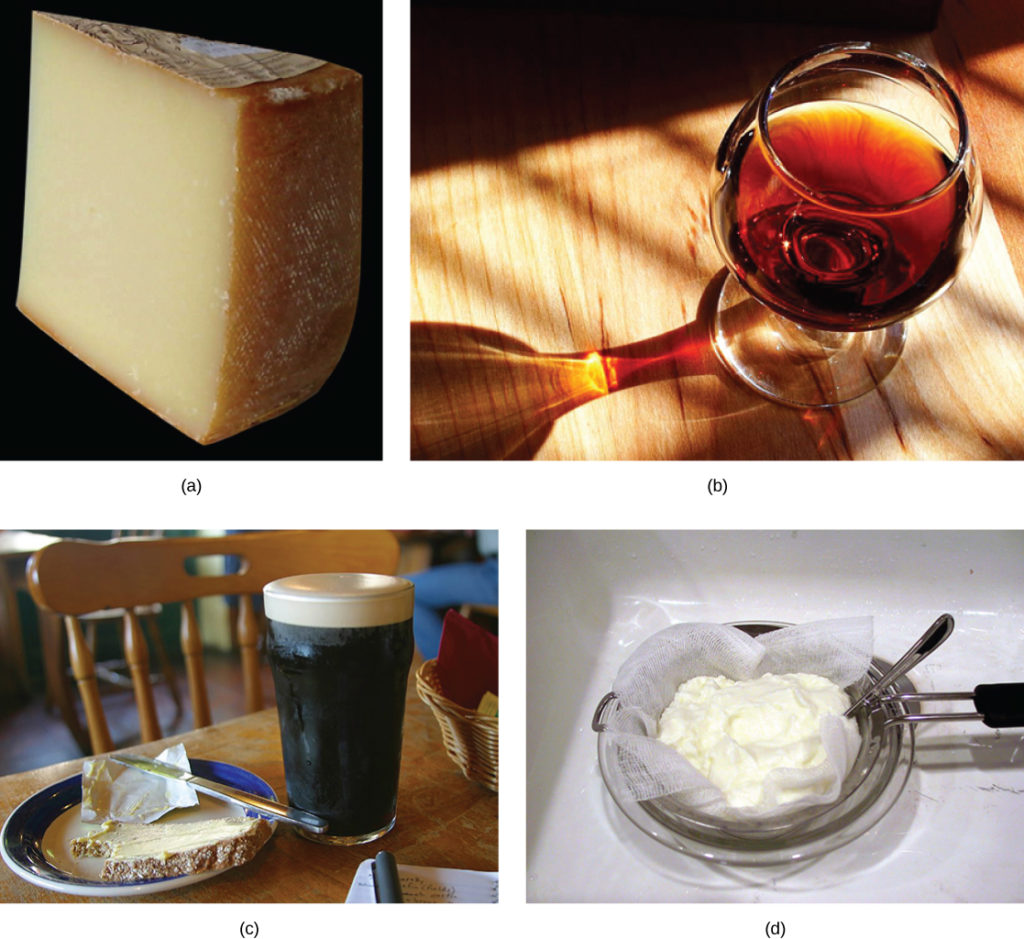