The name “arthropoda” means “jointed legs” (in the Greek, “arthros” means “joint” and “podos” means “leg”); it aptly describes the enormous number of invertebrates included in this phylum. Arthropoda dominate the animal kingdom with an estimated 85 percent of known species included in this phylum and many arthropods yet undocumented. The principal characteristics of all the animals in this phylum are functional segmentation of the body and presence of jointed appendages. Arthropods also show the presence of an exoskeleton made principally of chitin, which is a waterproof, tough polysaccharide. Phylum Arthropoda is the largest phylum in the animal world, and insects form the single largest class within this phylum. Arthropods are eucoelomate, protostomic organisms. 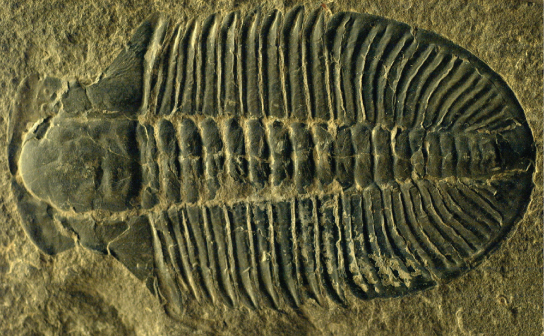 Figure 1. Trilobites, like the one in this fossil, are an extinct group of arthropods. (credit: Kevin Walsh)

Phylum Arthropoda includes animals that have been successful in colonizing terrestrial, aquatic, and aerial habitats. This phylum is further classified into five subphyla: Trilobitomorpha (trilobites, all extinct), Hexapoda (insects and relatives), Myriapoda (millipedes, centipedes, and relatives), Crustaceans (crabs, lobsters, crayfish, isopods, barnacles, and some zooplankton), and Chelicerata (horseshoe crabs, arachnids, scorpions, and daddy longlegs). Trilobites are an extinct group of arthropods found chiefly in the pre-Cambrian Era that are probably most closely related to the Chelicerata. These are identified based on fossil records (Figure 1).

A unique feature of animals in the arthropod phylum is the presence of a segmented body and fusion of sets of segments that give rise to functional body regions called tagma. Tagma may be in the form of a head, thorax, and abdomen, or a cephalothorax and abdomen, or a head and trunk. A central cavity, called the hemocoel (or blood cavity), is present, and the open circulatory system is regulated by a tubular or single-chambered heart. Respiratory systems vary depending on the group of arthropod: insects and myriapods use a series of tubes (tracheae) that branch through the body, open to the outside through openings called spiracles, and perform gas exchange directly between the cells and air in the tracheae, whereas aquatic crustaceans utilize gills, terrestrial chelicerates employ book lungs, and aquatic chelicerates use book gills (Figure 2).

Figure 2. The book lungs of (a) arachnids are made up of alternating air pockets and hemocoel tissue shaped like a stack of books. The book gills of (b) crustaceans are similar to book lungs but are external so that gas exchange can occur with the surrounding water. (credit a: modification of work by Ryan Wilson based on original work by John Henry Comstock; credit b: modification of work by Angel Schatz)

The book lungs of arachnids (scorpions, spiders, ticks and mites) contain a vertical stack of hemocoel wall tissue that somewhat resembles the pages of a book. Between each of the “pages” of tissue is an air space. This allows both sides of the tissue to be in contact with the air at all times, greatly increasing the efficiency of gas exchange. The gills of crustaceans are filamentous structures that exchange gases with the surrounding water. Groups of arthropods also differ in the organs used for excretion, with crustaceans possessing green glands and insects using Malpighian tubules, which work in conjunction with the hindgut to reabsorb water while ridding the body of nitrogenous waste. The cuticle is the covering of an arthropod. It is made up of two layers: the epicuticle, which is a thin, waxy water-resistant outer layer containing no chitin, and the layer beneath it, the chitinous procuticle. Chitin is a tough, flexible polysaccharide. In order to grow, the arthropod must shed the exoskeleton during a process called ecdysis (“to strip off”); this is a cumbersome method of growth, and during this time, the animal is vulnerable to predation.