Processes of Animal Reproduction and Development

During sexual reproduction, the haploid gametes of the male and female individuals of a species combine in a process called fertilization. Typically, the small, motile male sperm fertilizes the much larger, sessile female egg. This process produces a diploid fertilized egg called a zygote. 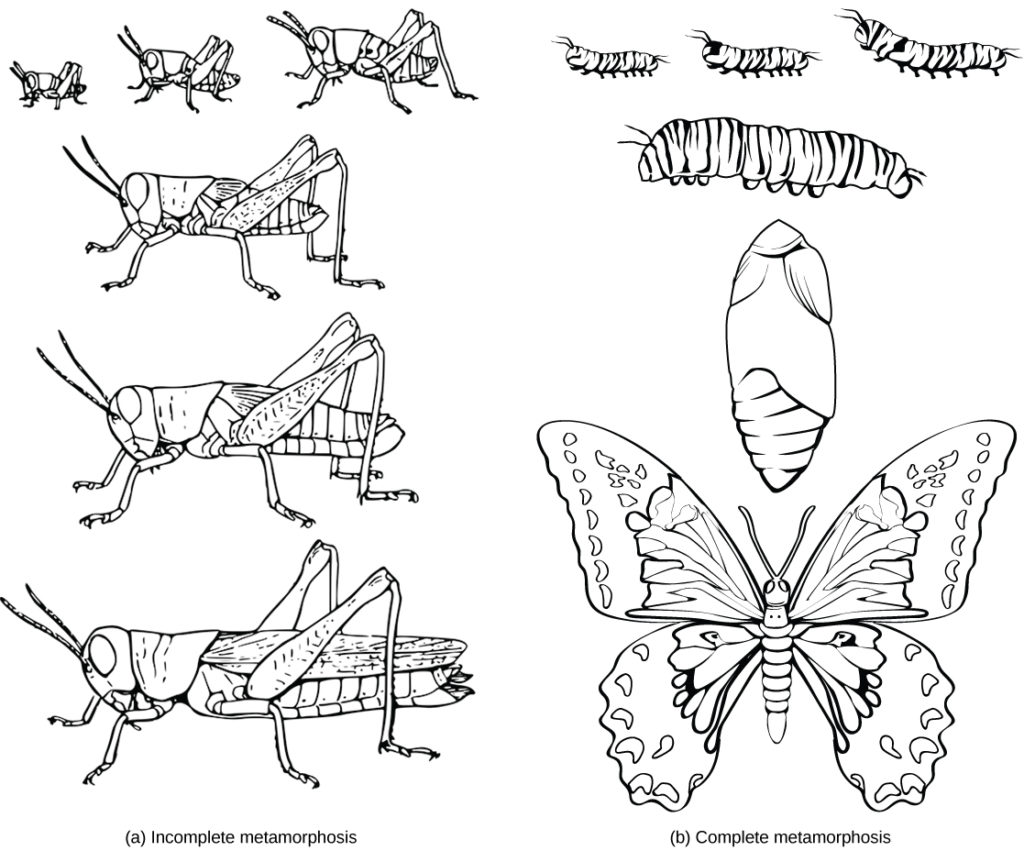 After fertilization, a series of developmental stages occur during which primary germ layers are established and reorganize to form an embryo. During this process, animal tissues begin to specialize and organize into organs and organ systems, determining their future morphology and physiology. Some animals, such as grasshoppers, undergo incomplete metamorphosis, in which the young resemble the adult. Other animals, such as some insects, undergo complete metamorphosis where individuals enter one or more larval stages that may in differ in structure and function from the adult (Figure 1). For the latter, the young and the adult may have different diets, limiting competition for food between them. Regardless of whether a species undergoes complete or incomplete metamorphosis, the series of developmental stages of the embryo remains largely the same for most members of the animal kingdom.

The process of animal development begins with the cleavage, or series of mitotic cell divisions, of the zygote (Figure 2). Three cell divisions transform the single-celled zygote into an eight-celled structure. After further cell division and rearrangement of existing cells, a 6–32-celled hollow structure called a blastula is formed. Next, the blastula undergoes further cell division and cellular rearrangement during a process called gastrulation. This leads to the formation of the next developmental stage, the gastrula, in which the future digestive cavity is formed. Different cell layers (called germ layers) are formed during gastrulation. These germ layers are programmed to develop into certain tissue types, organs, and organ systems during a process called organogenesis.

Figure 2. During embryonic development, the zygote undergoes a series of mitotic cell divisions, or cleavages, to form an eight-cell stage, then a hollow blastula. During a process called gastrulation, the blastula folds inward to form a cavity in the gastrula.

Watch the following video to see how human embryonic development (after the blastula and gastrula stages of development) reflects evolution: