To this point we have talked about the two broad domains of prokaryotes: Archaea and Bacteria. Before continuing our study of these organisms, it is important to address a basic question: how does one define a prokaryotic species? This may seem like a basic question, but it’s a complex and even controversial one if you’re a microbiologist.

For eukaryotes, most scientists define a species as a group of organisms that can interbreed and have fertile offspring. This definition makes sense for species that reproduce sexually, but it doesn’t work so well for organisms like bacteria. Bacteria reproduce asexually to make clones of themselves—they don’t interbreed.

Scientists instead classify bacteria and archaea into taxonomic groups based on similarities in appearance, physiology, and genes.[1] Many are given names using traditional Linnean taxonomy, wiith a genus and species. Still, the question of how and whether prokaryotes should be grouped into species remains a topic of debate among scientists. The right “species concept” for these organisms is still a work in progress.[2]

Metagenomics: A new window on microbes

Scientists estimate there may be millions of prokaryotic species (or species-like groups), but we know very little about most of them. This is starting to change thanks to large-scale DNA sequencing.

DNA sequencing makes it possible for scientists to study entire prokaryotic communities in their natural habitat—including the many prokaryotes that are unculturable, and would previously have been “invisible” to researchers.

The collective genome of such a community is called its metagenome, and the analysis of metagenome sequences is known as metagenomics. For example, a DNA sample can be taken from a hot spring microbial mat, such as the beautiful, multicolored mats found in Yellowstone National Park. Even a tiny sample from this rich community includes many, many individuals of different species.[3] 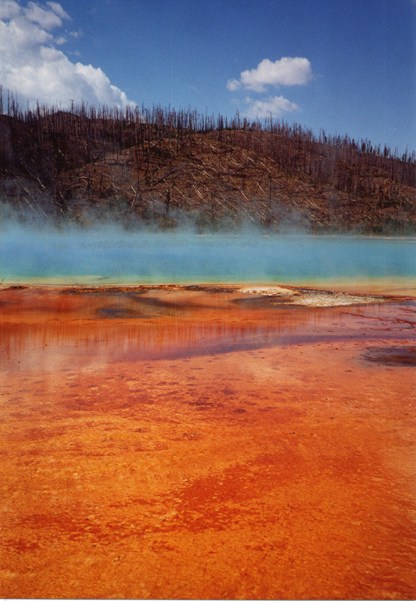 By sequencing and analyzing metagenome DNA samples, scientists can sometimes piece together entire genomes of previously unknown species. In other cases, they use sequence information from specific genes to figure out what types of prokaryotes are present (and how they are related to each other or to known species). The genes found in the DNA samples can also provide clues about the metabolic strategies of the organisms in the community.[4]