In human reproduction, two kinds of sex cells or gametes are involved. Sperm, the male gamete, and a secondary oocyte (along with first polar body and corona radiata), the female gamete, must meet in the female reproductive system to create a new individual. For reproduction to occur, both the female and male reproductive systems are essential. It is a common misnomer to refer to a woman’s gametic cell as an egg or ovum, but this is impossible. A secondary oocyte must be fertilized by the male gamete before it becomes an “ovum” or “egg.” 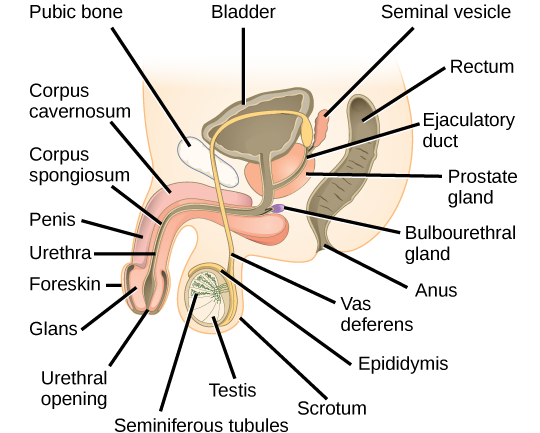 Figure 1. The reproductive structures of the human male are shown.

Table 1 describes the major components of the male reproductive system.

Reproduction can be defined as the process by which an organism continues its species. As noted earlier, in the human reproductive process, two kinds of gametes are involved: the male gamete (sperm) and the female gamete (egg or ovum). These two gametes meet within the female’s uterine tubes located one on each side of the upper pelvic cavity, and begin to create a new individual. The female needs a male to fertilize her egg; she then carries offspring through pregnancy and childbirth.

The major components of the female reproductive system are shown in Table 2.

The reproductive systems of the male and female have some basic similarities and some specialized differences. They are the same in that most of the reproductive organs of both sexes develop from similar embryonic tissue, meaning they are homologous. Both systems have gonads that produce (sperm and egg or ovum) and sex organs. And both systems experience maturation of their reproductive organs, which become functional during puberty as a result of the gonads secreting sex hormones.

The differences between the female and male reproductive systems are based on the functions of each individual’s role in the reproduction cycle. A male who is healthy, and sexually mature, continuously produces sperm. The development of women’s “eggs” are arrested during fetal development. This means she is born with a predetermined number of oocytes and cannot produce new ones.

At about 5 months gestation, the ovaries contain approximately six to seven million oogonia, which initiate meiosis. The oogonia produce primary oocytes that are arrested in prophase I of meiosis from the time of birth until puberty. After puberty, during each menstrual cycle, one or several oocytes resume meiosis and undergo their first meiotic division during ovulation. This results in the production of a secondary oocyte and one polar body. The meiotic division is arrested in metaphase II. Fertilization triggers completion of the second meiotic division and the result is one ovum and an additional polar body.

The ovaries of a newborn baby girl contain about one million oocytes. This number declines to 400,000 to 500,000 by the time puberty is reached. On average, 500-1000 oocytes are ovulated during a woman’s reproductive lifetime. When a young woman reaches puberty around age 10 to 13, a promary oocyte is discharged from one of the ovaries every 28 days. This continues until the woman reaches menopause, usually around the age of 50 years. Occytes are present at birth, and age as a woman ages.

Watch the first three videos in this playlist for a review of the reproductive system: