Water contains hydrogen and oxygen, which is essential to all living processes. The hydrosphere is the area of the Earth where water movement and storage occurs: as liquid water on the surface and beneath the surface or frozen (rivers, lakes, oceans, groundwater, polar ice caps, and glaciers), and as water vapor in the atmosphere.

Water is the basis of all living processes. The human body is more than 1/2 water and human cells are more than 70 percent water. Thus, most land animals need a supply of fresh water to survive. However, when examining the stores of water on Earth, 97.5 percent of it is non-potable salt water (Figure 1). Of the remaining water, 99 percent is locked underground as water or as ice. Thus, less than 1 percent of fresh water is easily accessible from lakes and rivers. Many living things, such as plants, animals, and fungi, are dependent on the small amount of fresh surface water supply, a lack of which can have massive effects on ecosystem dynamics. Humans, of course, have developed technologies to increase water availability, such as digging wells to harvest groundwater, storing rainwater, and using desalination to obtain drinkable water from the ocean. Although this pursuit of drinkable water has been ongoing throughout human history, the supply of fresh water is still a major issue in modern times.

Figure 1. Only 2.5 percent of water on Earth is fresh water, and less than 1 percent of fresh water is easily accessible to living things.

Water cycling is extremely important to ecosystem dynamics. Water has a major influence on climate and, thus, on the environments of ecosystems, some located on distant parts of the Earth. Most of the water on Earth is stored for long periods in the oceans, underground, and as ice. Figure 2 illustrates the average time that an individual water molecule may spend in the Earth’s major water reservoirs. Residence time is a measure of the average time an individual water molecule stays in a particular reservoir. A large amount of the Earth’s water is locked in place in these reservoirs as ice, beneath the ground, and in the ocean, and, thus, is unavailable for short-term cycling (only surface water can evaporate). 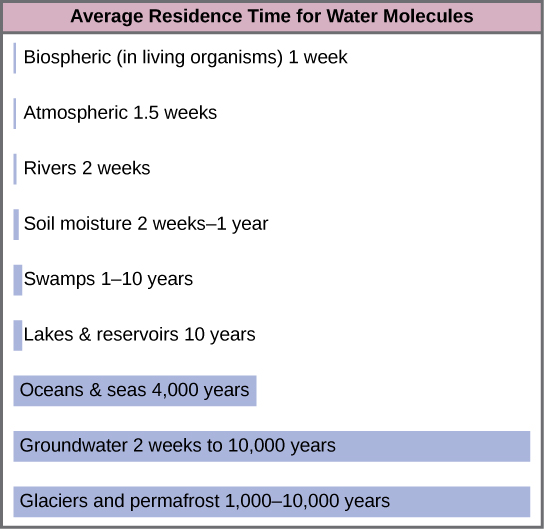 Figure 2. This graph shows the average residence time for water molecules in the Earth’s water reservoirs.

There are various processes that occur during the cycling of water, shown in Figure 3. These processes include the following:

The water cycle is driven by the sun’s energy as it warms the oceans and other surface waters. This leads to the evaporation (water to water vapor) of liquid surface water and the sublimation (ice to water vapor) of frozen water, which deposits large amounts of water vapor into the atmosphere. Over time, this water vapor condenses into clouds as liquid or frozen droplets and is eventually followed by precipitation (rain or snow), which returns water to the Earth’s surface. Rain eventually permeates into the ground, where it may evaporate again if it is near the surface, flow beneath the surface, or be stored for long periods. More easily observed is surface runoff: the flow of fresh water either from rain or melting ice. Runoff can then make its way through streams and lakes to the oceans or flow directly to the oceans themselves.

Rain and surface runoff are major ways in which minerals, including carbon, nitrogen, phosphorus, and sulfur, are cycled from land to water. The environmental effects of runoff will be discussed later as these cycles are described. 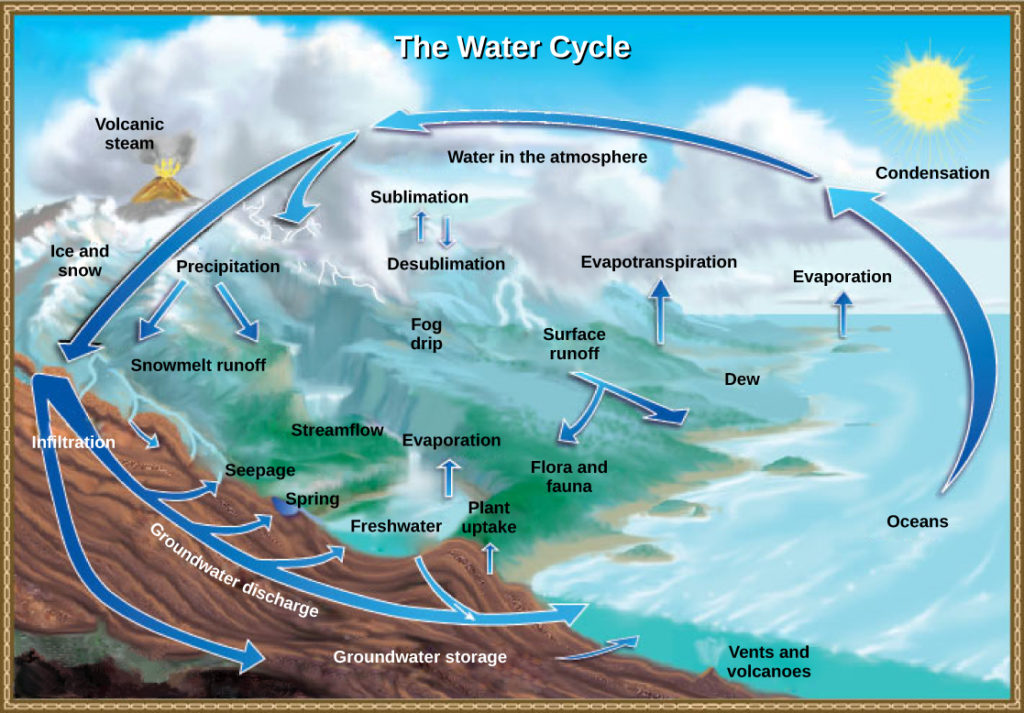 Figure 3. Water from the land and oceans enters the atmosphere by evaporation or sublimation, where it condenses into clouds and falls as rain or snow. Precipitated water may enter freshwater bodies or infiltrate the soil. The cycle is complete when surface or groundwater reenters the ocean. (credit: modification of work by John M. Evans and Howard Perlman, USGS)