Sulfur, an essential element for the macromolecules of living things, is released into the atmosphere by the burning of fossil fuels, such as coal. As a part of the amino acid cysteine, it is involved in the formation of disulfide bonds within proteins, which help to determine their 3-D folding patterns, and hence their functions. As shown in Figure 1, sulfur cycles between the oceans, land, and atmosphere. Atmospheric sulfur is found in the form of sulfur dioxide (SO2) and enters the atmosphere in three ways: from the decomposition of organic molecules, from volcanic activity and geothermal vents, and from the burning of fossil fuels by humans. 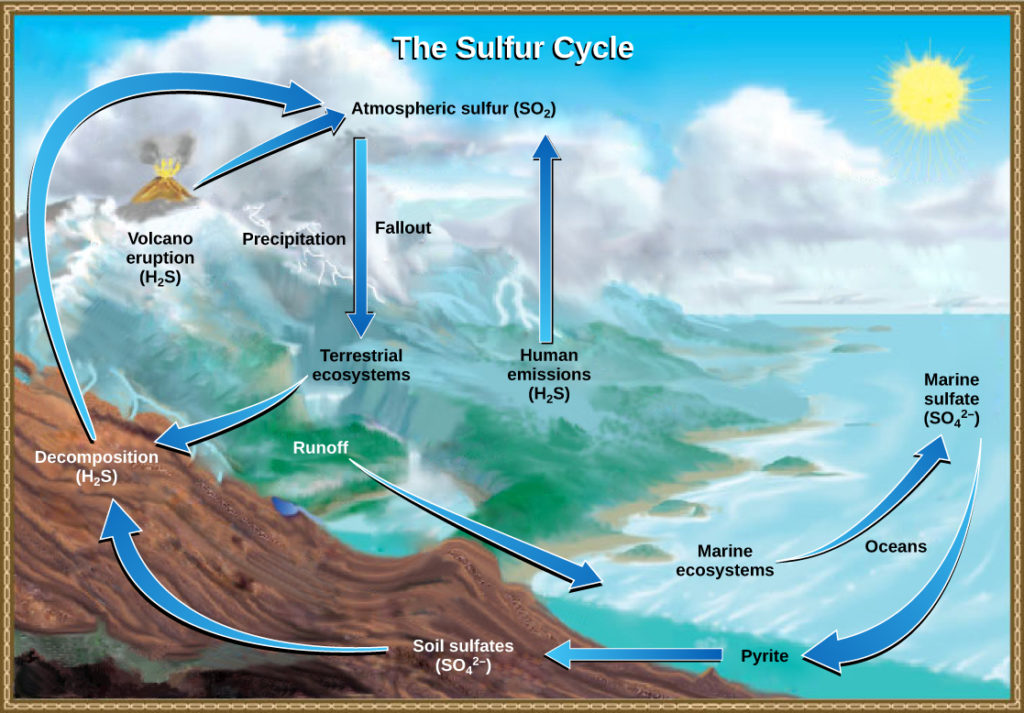 Figure 1. Sulfur dioxide from the atmosphere becomes available to terrestrial and marine ecosystems when it is dissolved in precipitation as weak sulfuric acid or when it falls directly to the Earth as fallout. Weathering of rocks also makes sulfates available to terrestrial ecosystems. Decomposition of living organisms returns sulfates to the ocean, soil and atmosphere. (credit: modification of work by John M. Evans and Howard Perlman, USGS) 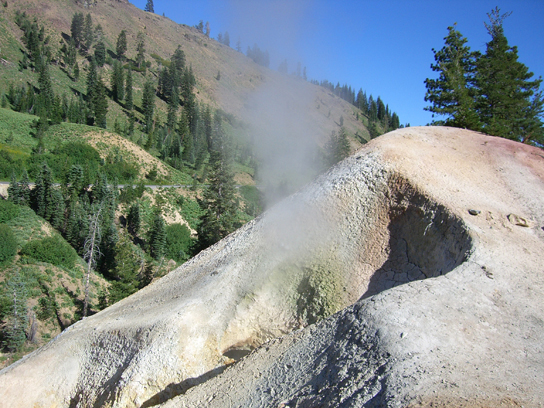 Figure 2. At this sulfur vent in Lassen Volcanic National Park in northeastern California, the yellowish sulfur deposits are visible near the mouth of the vent.

On land, sulfur is deposited in four major ways: precipitation, direct fallout from the atmosphere, rock weathering, and geothermal vents (Figure 2). Atmospheric sulfur is found in the form of sulfur dioxide (SO2), and as rain falls through the atmosphere, sulfur is dissolved in the form of weak sulfuric acid (H2SO4). Sulfur can also fall directly from the atmosphere in a process called fallout. Also, the weathering of sulfur-containing rocks releases sulfur into the soil. These rocks originate from ocean sediments that are moved to land by the geologic uplifting of ocean sediments. Terrestrial ecosystems can then make use of these soil sulfates (SO4−), and upon the death and decomposition of these organisms, release the sulfur back into the atmosphere as hydrogen sulfide (H2S) gas.

Sulfur enters the ocean via runoff from land, from atmospheric fallout, and from underwater geothermal vents. Some ecosystems rely on chemoautotrophs using sulfur as a biological energy source. This sulfur then supports marine ecosystems in the form of sulfates.

Human activities have played a major role in altering the balance of the global sulfur cycle. The burning of large quantities of fossil fuels, especially from coal, releases larger amounts of hydrogen sulfide gas into the atmosphere. As rain falls through this gas, it creates the phenomenon known as acid rain. Acid rain is corrosive rain caused by rainwater falling to the ground through sulfur dioxide gas, turning it into weak sulfuric acid, which causes damage to aquatic ecosystems. Acid rain damages the natural environment by lowering the pH of lakes, which kills many of the resident fauna; it also affects the man-made environment through the chemical degradation of buildings. For example, many marble monuments, such as the Lincoln Memorial in Washington, DC, have suffered significant damage from acid rain over the years. These examples show the wide-ranging effects of human activities on our environment and the challenges that remain for our future.

Click this link to learn more about global climate change.