The nervous system is important to thermoregulation, the regulation of body temperature. The processes of homeostasis and temperature control are centered in the hypothalamus of the advanced animal brain. The hypothalamus maintains the set point for body temperature through reflexes that cause vasodilation and sweating when the body is too warm, or vasoconstriction and shivering when the body is too cold. It is important to note that not all changes in body temperature are necessarily bad. For example, a fever can be part of the body’s natural response to invasion by bacteria.

When a bacterium is destroyed by phagocytic leukocytes, chemicals called endogenous pyrogens are released into the blood. These pyrogens circulate to the hypothalamus and reset the thermostat, since the hypothalamus will respond to chemical as well as environmental signals. This allows the body’s temperature to increase in what is commonly called a fever. An increase in body temperature causes iron to be conserved, which reduces a nutrient needed by bacteria. An increase in body heat also increases the activity of the animal’s enzymes and protective cells while inhibiting the enzymes and activity of the invading microorganisms. Finally, heat itself may also kill the pathogen. A fever that was once thought to be a complication of an infection is now understood to be a normal defense mechanism. 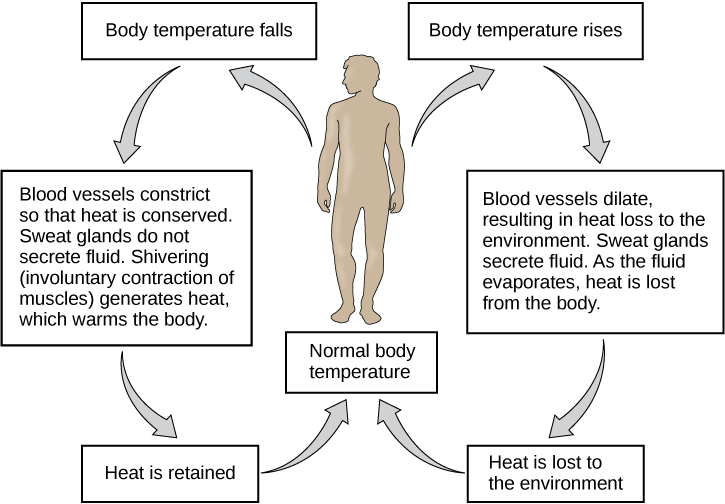 Figure 1. The body is able to regulate temperature in response to signals from the nervous system.

Heat can be exchanged between an animal and its environment through four mechanisms: radiation, evaporation, convection, and conduction (Figure 2). Radiation is the emission of electromagnetic “heat” waves. Heat comes from the sun in this manner and radiates from dry skin the same way. Heat can be removed with liquid from a surface during evaporation. This occurs when a mammal sweats. Convection currents of air remove heat from the surface of dry skin as the air passes over it. Heat will be conducted from one surface to another during direct contact with the surfaces, such as an animal resting on a warm rock. 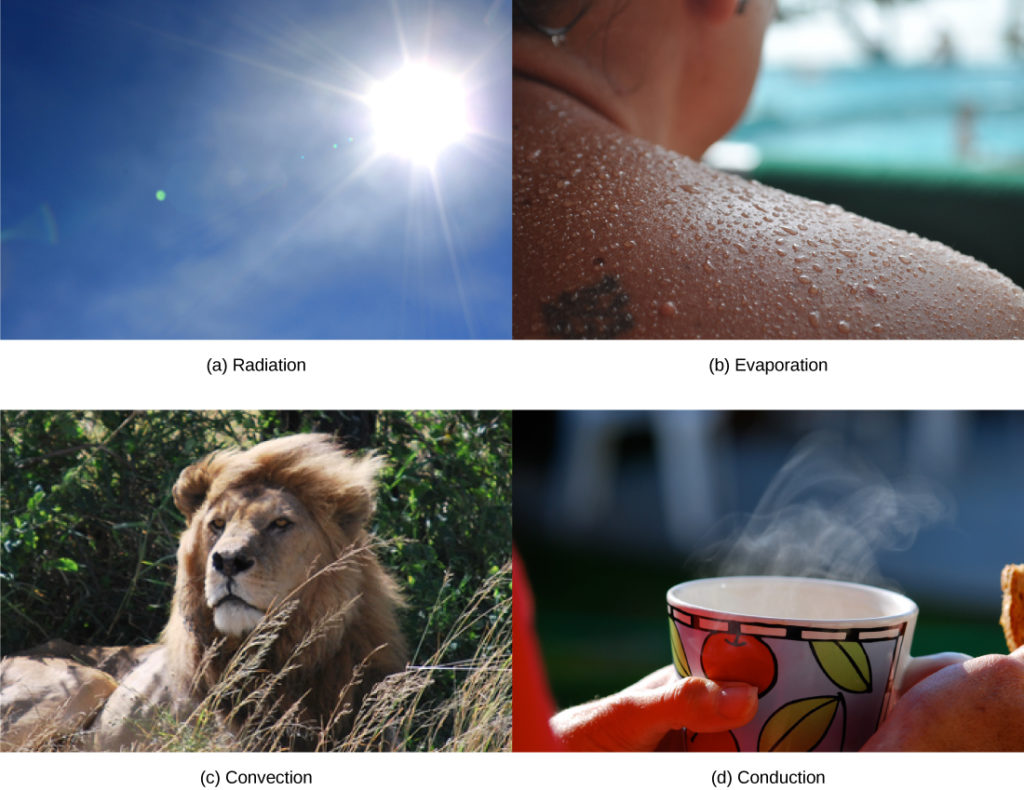