Module 8: Communication in the Workplace

You may be asking yourself why we’re taking the time to learn how to have a phone call, but this is more nuanced than you may think. The factors to consider in deciding what method to use for an audio-only conversation can be thought of in terms of Three Cs:

For most day-to-day calls, the phone on your desk or the cell phone in your pocket will work just fine. However, there are some things you should know—positive and negative—about both of those tools, and all the others available to you, in order to make good decisions about which to use.

As we all know from the frustrations of losing a call in an elevator or discovering a dead battery just when we need our best friend the most, cell phones are great . . . except when they’re not. For business calls, cell phones are generally not preferred under normal conditions for reasons that have to do both with the technology and with the human behavior around it.

While these negative aspects of cell phone technology mean it’s not always a great first choice, having a cell phone available can help in all kinds of unexpected situations.

A VOIP call is, at its most basic, a call in which the audio you create by talking gets converted to a digital data package, zipped over the internet, and then reassembled to come out of the speaker of the person you’re talking to—all in a nanosecond or two.

VOIP calls can be made on a bunch of different devices. Most newer “landline” phone systems are actually VOIP systems, even when the phone itself looks pretty standard. The decision to install a VOIP phone system in your workplace is probably made at the highest levels, so we won’t spend time on the advantages and disadvantages of large business systems like that.

Some examples of VOIP brands are Vonage, Ring Central, and Grasshopper. 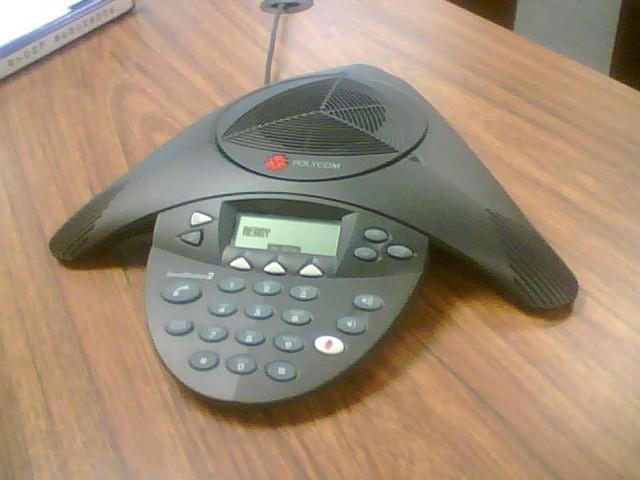 A conference phone is simply a phone equipped with conferencing capabilities. This means three or more people can take part in the same conversation at once. The phone on your desk at work almost certainly has a conference feature. If you have a conference room, there may be a conference phone speaker in the middle of the table. This is designed to pick up the voice of whoever is speaking around the table.

A conference phone can be a regular landline or a VOIP line. There’s a conferencing feature on your smartphone that’s pretty easy to use, too.

The number of people you can have on a call, as well as the ease of making a call and the quality of the call will depend on the system you have. For example, an iPhone allows a call among up to five people while most VOIP systems allow you to include hundreds of people.

Another way to get a lot of people on a call is to use a conferencing service such as freeconference.com, gotomeeting.com, or join.me. These third-party systems work by assigning you a number and a login code. You can then invite your participants by sending them this information via email or by using the invitation functions many of these services have built in.

When the time comes for the call, people dial in using the number and login. The call begins when the host joins the call, at which point, everyone can participate.

For the most part, these calls are not all that different from any other type of conference call. However, there are a few things to note:

Google Voice is a function you can access through your Google login. You can use it to consolidate all your calls (home, work, cell) under one number, and it offers features like converting your voicemails to text.

Google Voice is available only within the US, though it is a good way to make inexpensive international calls from the US.

Google Voice is separate from Google Hangouts, which we will discuss in a bit.