While social justice, legal compliance, or maintaining industry standard employee environment protocols is typically the initial impetus behind [inclusion and diversity] efforts, many successful companies regard I&D as a source of competitive advantage, and specifically as a key enabler of growth. 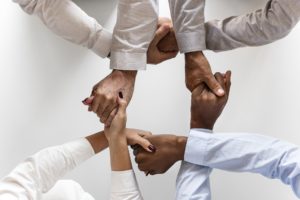 In the workplace, employee diversity can be a source of competitive advantage. Here are a few specific advantages:

As a case in point, consider Apple’s Health App that claims to allow you to “keep tabs on a wide array of data that matters to you—from measurements of your blood pressure and blood glucose to records for your weight and reproductive health.” Despite the promised capability to track reproductive health, the app was launched without a provision for monitoring menstrual cycles in what was critiqued as a stereotypical case of gender blindness. TechCrunch writer Sarah Perez summarized the disconnect, noting that menstrual tracking is a key function that “roughly half the population would expect to see included in a comprehensive health tracking app.” And as Perez noted, perhaps that’s not surprising given that 80 percent of Apple’s engineering staff is male.

Perez concludes: “the issue with the Health app is a perfect example of how not having the right [gender] balance internally can actually impact innovations and technology developments.”[1] Over a year after the product’s initial launch, Apple still hadn’t addressed the oversight and didn’t respond to Splinter writer Kashmir Hill’s request for comment, prompting her to suggest that the answer to her question why there’s still no period-tracking in HealthKit might be answered by the composition of the executive team: nine men and one woman.

For a financial performance view, let’s consider McKinsey Consulting’s research on diversity in the workplace. In a 2015 report titled Why Diversity Matters, McKinsey highlights the following findings, based on the composition of top management and boards:

In their 2018 publication, Delivering Through Diversity, McKinsey Consulting again reported finding a “positive, statistically significant correlation between executive team diversity and financial performance.” Although correlation is not causation, the report notes that “there is a real relationship between diversity and performance that has persisted over time and across geographies.”[2] The conclusion drawn from their 2015 Why Diversity Matters report still applies: “diversity is a competitive differentiator shifting market share toward more diverse companies.”[3]