Management of people didn’t really become a subject of scientific study until the turn of the twentieth century, when researchers began to understand that there was more to the motivation and hard work of an employee than just a paycheck. Before that . . . well, managing people wasn’t exactly an art.

During the Industrial Revolution at the turn of the 19th century, the United States entered a phase where significant changes occurred in the areas of transportation, agriculture and manufacturing, allowing us to produce goods quickly and efficiently. James Watt invented the steam engine, which shortened transportation times and allowed us to move goods faster. Eli Whitney invented the cotton gin, opening the door to quicker, more efficient cotton harvesting.

But even as Francis Cabot Lowell invented his water-powered mill, it wasn’t to lessen the burden of his laborers. Women would work in his plant 12 to 14 hours a day, and they were paid better than ladies at other textile manufacturers . . . for a while. But when Lowell wanted to increase his profits and meet customer demands, he cut his employees’ pay and lengthened their hours. Because of that, trade unions formed, strikes occurred and the Lowell Female Labor Reform Association was created.

There were still management problems, though, and they presented problems for these new factory owners. Large numbers of people had to be managed, trained, controlled, and motivated. Materials and tools needed to be supplied. Managers looked to handle these issues scientifically.

Frederick Winslow Taylor was an engineer for Bethlehem Steel in 1889, when he decided to analyze the issue of soldiering, which is when workers are deliberately working under capacity.

He observed workers unloading iron off of rail cars and loading steel onto them. Taylor studied the movements, tools, and processes of the workers and determined that, while they were currently loading about 12.5 tons a day, they were clearly capable of loading 47.5 tons a day. He recommended that workers be provided incentives in the form of wage increases to meet new loading goals. These recommendations, when followed, led to increased production for Bethlehem Steel.

The process that Taylor laid out was a template for other organizations:

Rather than concentrate on increasing worker productivity and efficiency, the administrative approach to scientific management focused on helping managers coordinate organizational duties. 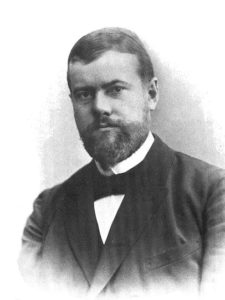 Max Weber developed a bureaucratic approach to management. A German citizen, Weber was interested in industrial capitalism, particularly how it was successful in some areas and not in others. Weber traveled to the United States to observe industrial capitalism, and determined that the U.S. used professional managers, business and economic relationships, whereas in Germany people were given positions of authority based on social standings and connections, and businesses were highly linked to family.

In order to help eliminate the practice of social privilege and favoritism prevalent in family-owned businesses, Weber proposed the bureaucratic approach. Bureaucracies have a negative connotation today, but in the true definition of the word bureaucracies are impersonal structures based on clear authority, responsibility, formal procedures and separation of management and ownership.

In his approach, Weber proposed:

Weber didn’t anticipate the problems that would come from his approach (division of labor leading to boredom, formal rules leading to “red tape”), his bureaucratic method is in practice among many organizations today, and his idea that hiring and promotion should be based on capability and not social standing is written into US labor laws. 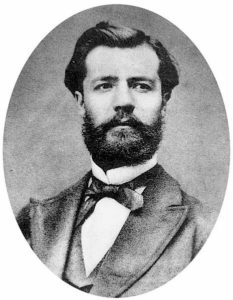 In his administrative management approach, theorist Henri Fayol proposed five basic management functions that are still an important part of management practice today. In his 1916 book General and Industrial Management, he talked about those functions:

Fayol came to some of these basic concepts when he witnessed the shutdown of a mine. A horse had broken its leg, and the mine had to be shut down because no one had the authority to purchase a new one. Seeing this as a failure of management to provide the right resources, he began his studies of management structures.

Fayol’s studies also produced fourteen principles that could guide management behavior, but felt that they weren’t rigid or exhaustive. Five of those principles still exist in current management theory and practice:

Weber’s bureaucracy approach informs most organizations today and Fayol’s approach helps us understand the basics of management no matter what the industry or situation. Now let’s look at some studies and research that bring in the human relations approach.

Mary Parker Follett’s teachings, many of which were published as articles in well-known women’s magazines, were popular with businesspeople during her lifetime. But she was virtually ignored by the male-dominated academic establishment, even though she attended Radcliffe University and Yale and was asked to address the London School of Economics. In recent years her writings have been “rediscovered” by American management academics, and she is now considered the “Mother of Modern Management.”

Follett developed many concepts that she applied to business and management, including the following:

We’ve talked before about Elton Mayo, Fritz Roethlisberger, and the Hawthorne Studies. They visited the Western Electric Hawthorne Works to determine the affects of lighting on productivity. As we know, they learned much more about the workers than just whether they did better in a well-lit atmosphere. They learned that their observation alone increased worker productivity, that workers value their social relationships and rely on group norms to restrict their productivity output.

There were several different flaws in the Hawthorne studies and their methodologies, but it spurred on studies by Abraham Maslow, Douglas McGregor, Frederick Herzberg and David McClelland, all approaching their research from the source of motivation of the worker and how that can be manipulated to increase productivity.