Amazon always seems to be among those companies that we talk about when we want to cite a good example of how to do business. But change looms like a threat in the background even when a company is setting standards for others, and Amazon is no exception.

In August of 2017, Amazon purchased Whole Foods Market, and it immediately became a player in the $840 billion grocery industry. Amazon made the move to compete with players like Walmart, who did business both in the ecommerce and brick-and-mortar space. Grocery and retail stocks saw a downward tumble as investors immediately saw Amazon becoming the big fish in this industry. But everyone was surprised, and now, more than a year later, we still don’t hear anything worthwhile coming out of the merger. 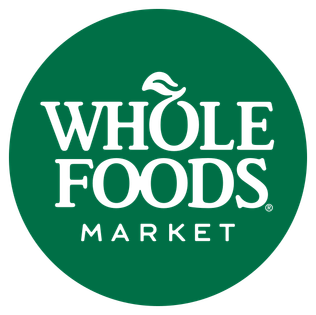 What we do hear, however, are stories about Whole Foods employees crying in the aisles of their stores, responding emotionally and unfavorably to the new rules and regulations imposed upon them by the online giant. Scorecards are used to measure—and even terminate—employees and customers are screaming at the sight of their poorly stocked shelves. A merger that would allow Amazon to grow outside of the Ecommerce arena and create additional buying power (and selling power) for Whole Foods looks to be stumbling, if not faltering entirely. What’s the issue?

The issue is culture—or, more specifically, the lack of a successful blend of the cultures of two very different companies.

As we mentioned earlier, Whole Foods’ organizational structure was team-based, with teams answering to themselves and to each other. Amazon, on the other hand, has a structure that’s rooted in manufacturing bureaucracy, functioning with military-like precision and not leaving much room for autonomy. It should not have come as a surprise that the two cultures would clash.

Whole Foods is a small part of Amazon’s business but a large part of their future strategy and a lot is riding on their ability to make this merger work. Still, the odds are against them: between 70 and 90 percent of mergers fail and it’s easy to see why considering amount of change has to be managed by the companies involved.

This is easier to say than it is to do, but I think we can agree that most of these aspects of a learning organization are not in place where Amazon and Whole Foods are concerned.

Furthermore, learning organizations are meant to be a remedy for three fundamental problems inherent in traditional organizations: fragmentation, competition, and reactiveness.

Fragmentation refers to the specialization within an organization that creates walls and silos. This fragmentation separates different functions into independent areas that often bicker with one another. Amazon is, in itself, a silo, with a rigid culture based on discipline and prescribed rules and regulations. Rather than reviewing and negotiating Whole Foods’ culture, they went about operating the grocery chain with Amazon rules – including scorecards and regulations. Amazon has inadvertently created an “us” and “they” with their actions.

Competition in an organization undermines collaboration. Managers compete to show who is right, who knows more, who is the most powerful. Whole Foods workers were used to having a lot of autonomy in their actions, negotiating face-to-face with customers and making educated decisions about how to go about their work. Amazon’s new rules and regulations will spike competition by presenting these new measurements and regulations by which Whole Food employees are evaluated.

Finally, reactiveness misdirects management’s attention to problem solving rather than creation. It remains to be seen how Amazon will respond to their faltering relationship with their adopted child. Experts agree that performance in 2019 will be key to Amazon’s future success in the grocery space, but will they be able to get this unstable ship moving in the right direction to do so? The managers of both companies have the opportunity to create something new, but if they’re addressing problems at every turn rather than innovating, reactiveness will thwart their efforts.

Organizations can make an effort to become a learning organization. Changing an organization to be a continual learner includes: