Module 8: Communication in the Workplace 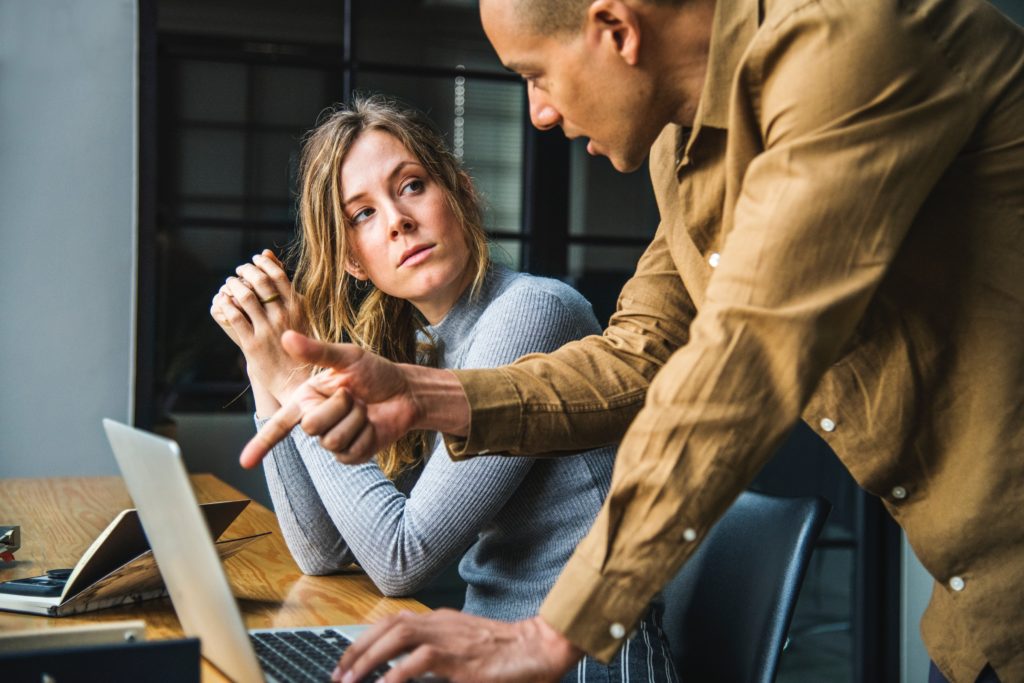 The chief means of communication is oral, and in most cases, it’s the most effective. Examples of oral communication can be a speech, a one-on-one meeting, or a group discussion.

The primary advantage of oral communication is speed, as the sender of the messages encodes it into words, and a receiver immediately decodes it and offers feedback. Any errors can be corrected early, before mistakes are made and productivity hindered.

The primary disadvantage of oral communication comes into play whenever the message has to be passed through many people. Did you ever play the game “telephone” with your friends as a child? If you did, you’ll remember that on player starts a message as a whisper at one end, and by the time it reached the other it was often changed, sometimes in a funny way. All laughs aside, that’s a real phenomenon and a real issue in organizations. When messages are verbally passed from person to person, there’s potential for that message to become distorted.

Written communication includes newsletters, memos, email, instant messaging and anything that you type or write. They’re verifiable forms of communication, existing beyond the moment of transmission and something receivers can refer back to for clarification.

The primary advantages of written communications is exactly that—they are written. They exist beyond the moment of transmission and can be used as reference later. Due to their ability to easily be referenced, written communications are particularly good for lengthy, complex communications. Additionally, the process of creating a written communication often requires that the sender be more thorough in his or her communication, because there is often enough time to revise and review what’s been written, and to be more careful about the information being transmitted. 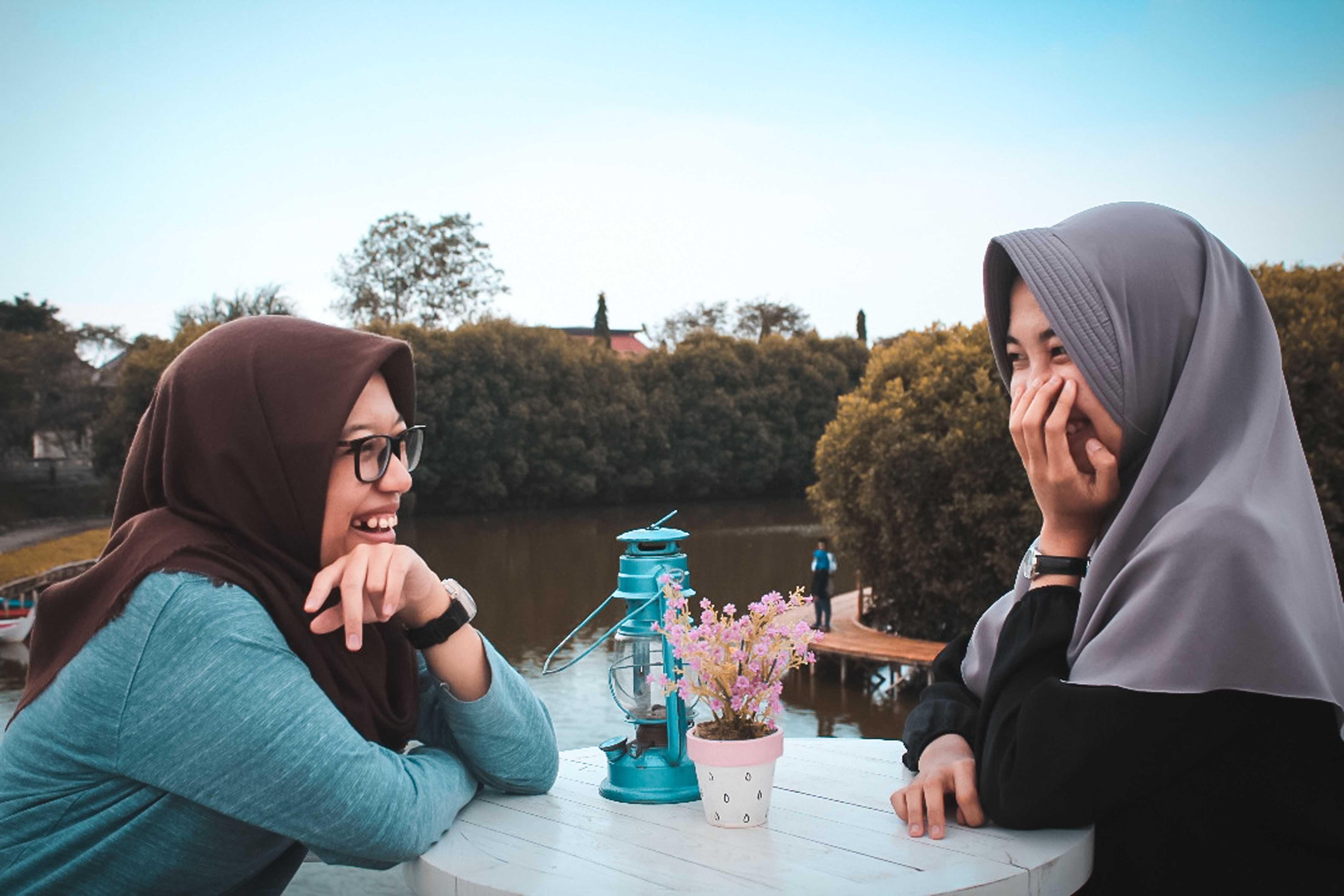 It’s not just what you say, it’s how you say it! There’s a myth that says communication is 35% verbal and 65% non-verbal. If that were true, people speaking a foreign language would be much easier to understand. However, it’s very true that non-verbal communication adds additional meaning to in-person conversations. Non-verbal communication includes all of those things that aren’t spoken but definitely transmit part of the message, including the following:

For instance, your friend may be telling you that she’s really excited about a party she’s planning to attend. But if she appears apathetic and listless, the communication doesn’t come across quite the same. Senders who stand too close to a receiver send a different message than those who keep a socially acceptable distance. Senders who make eye contact appear to be more confident than those who avoid it. And finally, a sender’s general appearance—choice of dress, hygiene, choice of delivery method etc.—can also send a message that either supports or detracts from the verbal message.

Intonation is also a form of non-verbal communication. How you say something, using your tone and inflection, is also reflected in the sender’s message to the receiver. Consider the phrase “How would you like to go to lunch?”

Intonation also includes the level of energy and emotion with which the sender delivers his message. If you’ve seen Gene Wilder’s Willie Wonka in Willie Wonka and the Chocolate Factory, when one of the children visiting the factory engages in a behavior he or she is not supposed to, Willie Wonka delivers a quiet, apathetic, “Stop. Please. Don’t.” The words would indicate Wonka is invested in getting the child to stop, but the tone says something very different.

All these forms of interpersonal communication can take on an upward, downward or lateral direction when one is engaging in communication at work.

Communication isn’t just a one-on-one event, where an individual decides to communicate and starts the process. Organizational communication can feature other elements, elements that involve more than one person.

Formal organizations can be very complicated, including groups that feature hundreds of people and multiple hierarchal levels. For the sake of simplicity, we’re going to talk about three of the most common kinds of small groups, and pretend there are five people in each of them. These three common networks are the chain, wheel and all channel.

The chain group rigidly follows a chain of command. As you can see, message and communication originates with one person on the chain, and has to travel up and down the line. Communication in a chain network is usually moderate in speed, high in accuracy. The emergence of a leader in this network situation is moderate, and member satisfaction is also moderate. This network feature is common in teams with rigid chains of command.

The wheel group is less rigid. In this type of network, leaders communicate to both levels of their organizations and allow communication from both levels back to them. Communication in a wheel network is fast, because everyone hears the same message, and it’s high in accuracy. The emergence of a leader in this framework is high (because all are looking to the same person) but member satisfaction is often low. This network feature is common in teams with strong leaders.

The all-channel group permits all levels of the group to actively communicate with each other. Communication in an all-channel network is fast, and accuracy is moderate. All-channel groups usually experience no emergence of a leader and member satisfaction is high. This is the common communication framework used in self-managed teams, where all group members participate and no one takes a leadership role.

The effectiveness of any of these networks depends on the variable you’re most concerned about. A wheel structure helps a leader emerge, but if member satisfaction is more important, the all-channel network may be a better choice. No single network is best for all occasions.

Of course not all communication in a workplace will be communicated through formal channels. People will gravitate toward individuals they get along better with—whether or not those personal relationships are formed along the organizational structure.

While most companies will have gossip and rumors, these informal conversations can be useful if viewed in the right light. Conversations about gossip and rumors are less about the content of the conversations and more about stress, actually. Rumors fly through the company because they’re important to employees and clear up ambiguity, relieving anxiety. Secrecy about appointing new managers, changing org structures, and so on, help fuel these communications.

Managers can leverage informal communication to get a better handle on the morale of their teams and identify issues that employees find important or are stressed about. It’s a filter and a feedback mechanism that will likely continue to exist no matter what steps are taken to avoid it.

These are ways that people communicate, alone or in groups, within organizations. Whether they’re speaking and interacting face-to-face, or sending along a memo, they’re exercising very traditional forms of message transmission. But today we have technology to help us communicate, and that changes some of these dynamics quite a bit. We’ll take a look at how technology as affected organizational communication in the next module.