What is Organizational Structure? 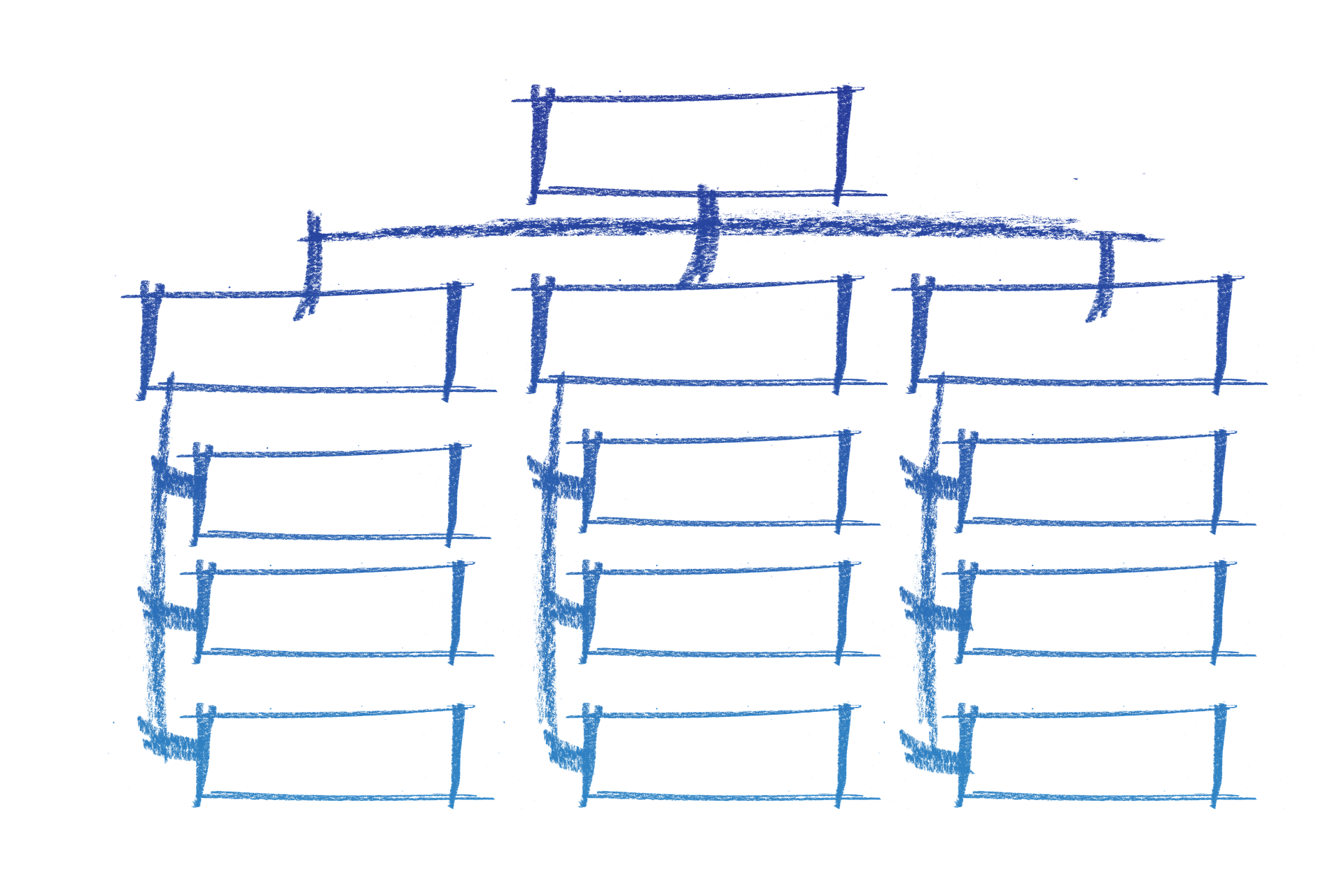 Now that we understand just what organizational structure is, let’s take a look at each one of its elements, so we can better understand how organizations choose to structure themselves to maximize productivity.

Earlier, we studied Frederick Winslow Taylor, who researched time and motion and determined the most efficient ways for workers to do their tasks. Taylor’s “one right way” was the birth of work specialization. When Henry Ford conceived the assembly line, he tossed aside “one best way” and viewed work specialization with an eye toward continued improvement. Work specialization describes the degree to which activities in the organization are divided, and then subdivided, into separate jobs.

If you put one worker on the task of building an automobile, he might still be building it a month or two later. But if you have one worker that’s focused on installing right front tires, and another who is focused on left front fenders, then those tasks become standardized. Employees learn to do them quickly with practice.

By the 1940s, most manufacturers were practicing work specialization, or “division of labor” as it’s sometimes called. Work specialization was ideal from a task point of view—easy tasks could be done by unskilled labor, and those tasks that required more skill could be separated out and addressed by employees that possessed those skills. Those skilled employees weren’t wasting their time on tasks they didn’t have to be doing.

Work specialization was also ideal from a productivity point of view. Installation of brake pads requires different tools than the installation of a tire, and when workers were assigned to one of those tasks instead of both, tools didn’t need to be taken out and put away. Employees could cheaply be trained to do one specific task, and many employees, each trained to do their specific task, could assemble highly complex machinery quicker and easier than one highly trained employee that possessed all the skills to complete the assembly.

Once jobs are divided up through work specialization, those jobs need to be combined together to coordinate common tasks. Departmentalization is the basis by which jobs are grouped together. Jobs can be grouped in the following ways.

Large corporations can use any or all of these types of departmentalization to organize themselves. They might have a manufacturing area that organizes itself around process, but then a sales department that is organized geographically and a corporate support center that’s organized functionally. 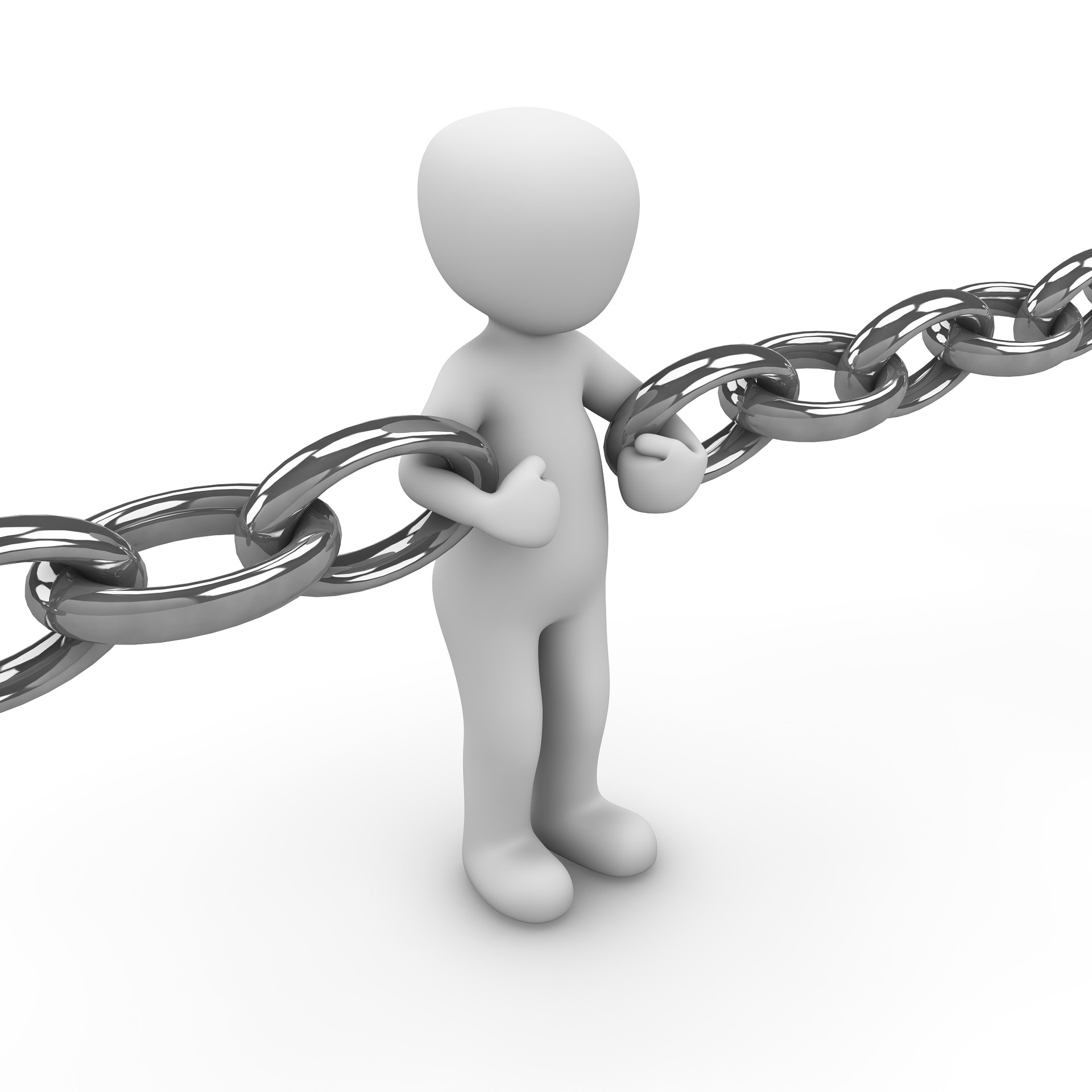 Two additional concepts go along with the idea of chain of command. The first, authority, describes the rights inherent in a managerial position to give orders and to expect the orders to be obeyed. The second, unity of command, describes the concept that a subordinate should only have one superior to whom he or she is directly responsible. If unity of command doesn’t exist, there’s a likelihood that a subordinate will be responding to commands from different people and experiencing a dilemma of competing priorities, which isn’t productive.

We learned about Henri Fayol and his theories around management, particularly chain of command and unity of command. These principles used to be a cornerstone of organizational structure, but advancements in technology and the trend toward empowering employees makes this less relevant today, but the chain of command element is not going to disappear any time soon.

Span of control deals with the number of subordinates a manager can effectively direct. The wider an organization can make its managers’ spans of control the more efficient it will be. Wider spans of control save money. 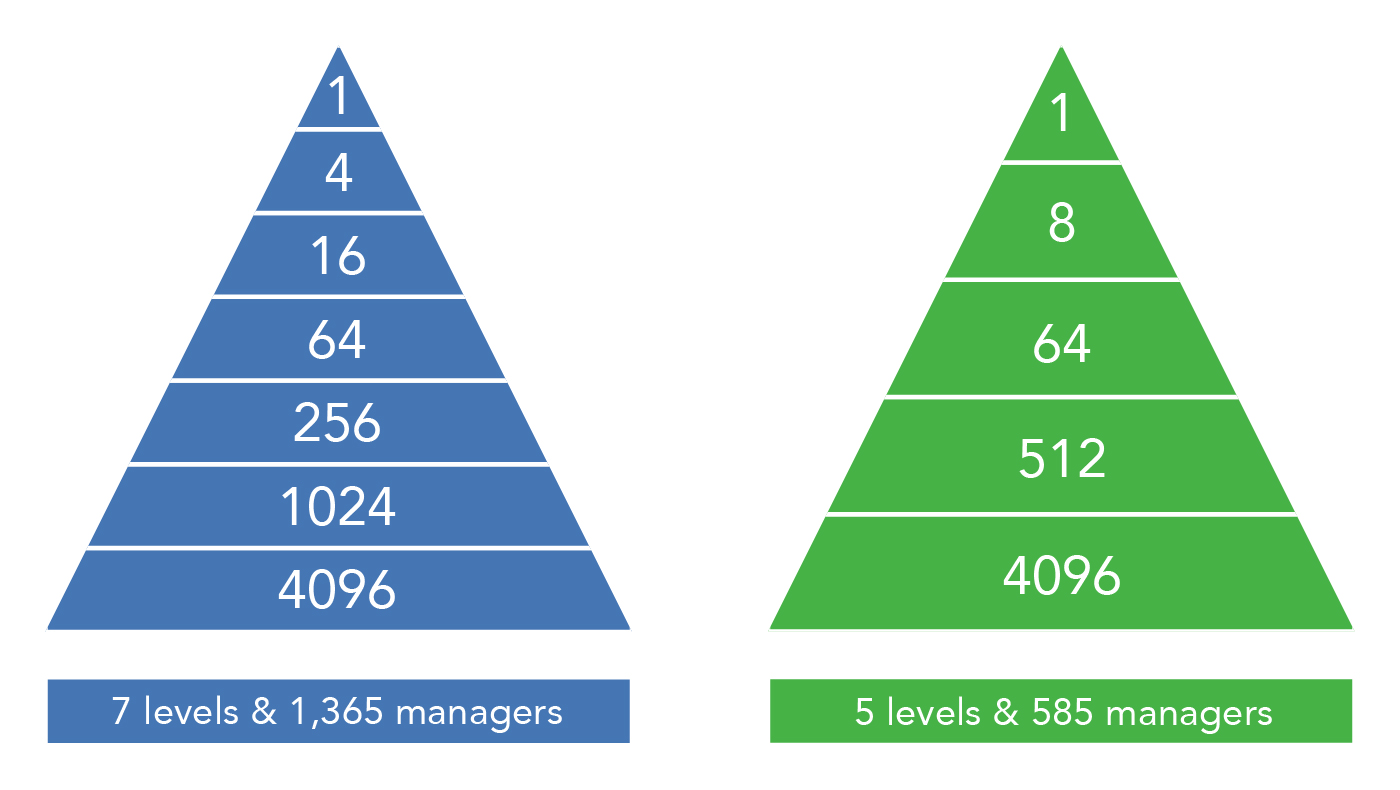 Small spans of control are not only expensive, but they tend to complicate communication up and down the organization. The more layers, the more the message has to travel from manager to manager. Narrower spans of control also encourage overly tight supervision and less employee creativity and empowerment. In recent years, the trend has been toward wider spans of control.

Centralization refers to the degree to which decision making is concentrated at a single point in the organization.

Formalization refers to the degree to which jobs within the organization are standardized. An employee in a highly formalized job has little input as to how that job is done, when it’s done or how it should be done.

A worker on the assembly line is probably in a highly formalized job, where he doesn’t have much say in how he does his job. An accounts payable associate also doesn’t have a lot of say in how those many invoices are processed, but her job is probably a little less formalized than the assembly line worker. A sales associate, out calling on customers, may have very little formalization in his job.