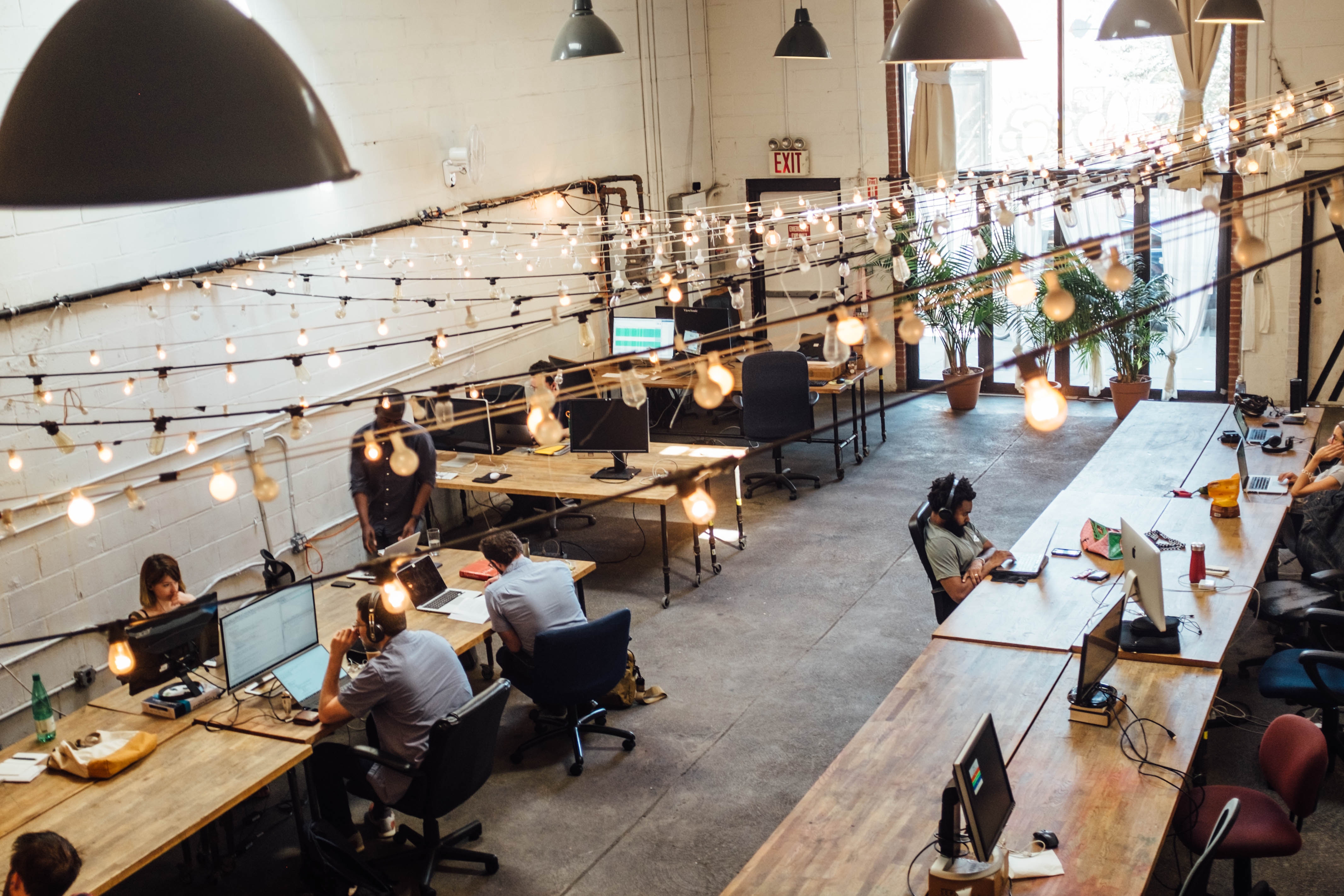 Like technology, the workplace is constantly adapting and changing. Over the last century, the workplace has undergone a number of transformations. So why is it constantly changing? How complicated can an office space be? As we have discussed in other modules, productivity is essential to running a successful company. In order to increase and promote productivity, companies have changed their office spaces to better accommodate employees, ramp up motivation and increase efficiency. In this section we will discuss a number of different workplace designs and examine the rationale behind each of them. Some may be very familiar to you and others may seem very foreign. Let’s get started!

Defined office spaces date back to the Romans, who created designated places for individuals to work. While labor intensive jobs were extremely common, the Romans felt it was important to provide a place for men who used their minds and not their hands to make a living. Over the centuries, office spaces have changed drastically but still have the same goal: to provide a designated workspace for people to perform their job tasks efficiently.

In the early 20th century, Taylor’s Scientific Management Theory, which we discussed in Module 1, inspired “Taylorism” office spaces. Taylorism office spaces were large rooms with wall to wall tables where people worked directly next to each other. Managers monitored the room from their offices which surrounded the large working spaces. The entire motivation around the Taylorism office spaces was to increase productivity. Later in the 20th century, with the rise of large buildings and skyscrapers, more space became available. Workspaces changed to include a mix of open working spaces and private offices and also included common areas like kitchens and eating spaces where employees could gather and recharge. This new, modern office design is best exemplified in Frank Lloyd Wright’s design from the Johnson Wax Building in 1939. This state-of-the-art design incorporated bright lighting, sound absorbing materials and warm, inviting spaces. Not only were Wright’s work places beautiful, they were also practical. Watch the video below to learn more about the rationale behind Wright’s design.

By the 1960s, an office trend from Germany called Burolandschaft (translates to “office landscape”) became popular in the United States. It reverted back to a more open workplace, allowing employees and managers alike to socialize more easily. Burolandschaft was intended to replace a rigid office design with a more organic and natural vibe. Partitions were replaced with plants and the walkways through the office were reimagined to promote socialization. Many components of Burolandschaft are still apparent in today’s modern workplace. In the 1960s, more women were entering the workforce which brought additional changes to the workplace. For example, many women began requesting “modesty boards” which was a board that covered the front of their desks, concealing their legs. While these were subtle changes, they made an impression on workplace design.

The next popular workplace design trend is now known as the Cubicle Farm. This was a drastic change from the open workspace design and the ideologies of Burolandschaft. Cubicles were inexpensive and allowed organizations to compact employees together in smaller spaces with the hopes of minimizing overhead costs and maximizing productivity. Cubicles created tiny work spaces for employees and minimized visibility and ease of interaction between coworkers. With the rise in computer technology, cubicles remained popular for decades. Some organizations still rely heavily on cubicles today.

This leads us to office spaces as they are today. Technology advancements allow ease of mobility with the vast variety of electronic devices. Employees no longer need to be chained to their desks but can ultimately work from anywhere with a laptop, cell phone, and internet access. These advancements inspired the changes in workplace designs as they are today. Open work spaces with multiple seating options but no individually dedicated workspace is a popular trend today. Fun activities have also been incorporated into the work space including video games, bikes, foosball, pool, rock climbing walls, etc. While some may view these as distractions, others view them as helpful brain breaks that allow employees a chance to decompress.

People could argue that one type of office space is better than all the others, but there are benefits and shortcomings of each one. Watch the video below to see a critique of the modern workplace.

So, what are your thoughts? Would you prefer to work in one work environment over another? Or are there components of each one that could be combined to create the perfect workspace? Only time will tell how the workplace continues to evolve and change.