Reflect on the role of personal appearance in public speaking. 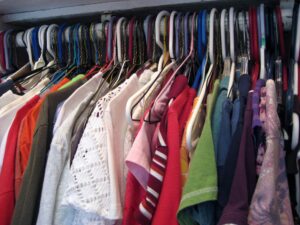 Any time you are asked to speak, it is important to look your best. Why? Because when you look your best, you feel confident! Confidence is the key to a successful speech. So, when you’re tempted to deliver that speech in your public speaking class in your pajamas, don’t! The audience doesn’t take you seriously when you don’t take the speaking situation seriously.

Clothing and personal appearance are deeply personal and situational. That means that the “right” clothes for a speaking situation will depend on your personal tastes, preferences, and intentions as well as the situation in which you’ll be speaking, including the audience’s expectations and the nature of the event.

We’re not going to tell you how to dress. But we will tell you why you should pay attention to your personal appearance before a public speaking situation. Namely, study after study has shown that clothing choice affects the way audiences perceive speakers’ credibility and influences how audiences behave toward speakers.[1][2] Importantly, though, the studies of clothing as nonverbal communication don’t reveal a simple formula, such as more formal clothing = more credibility. Like all forms of communication, attire involves a balance of trade-offs. In one study, for instance, formal clothing increased perceived credibility but decreased likability, [3] while in another study, expensive suits increased perceptions of men’s confidence and success but decreased impressions of trustworthiness.[4] Meanwhile, it should be noted that clothing is intertwined with identity in complicated ways. Clothing as communication is encoded and decoded within a number of cultural contexts, including categories of gender, class, race, and ethnicity, both on the part of the speaker and the audience (and may at times intersect with sexist, classist, racist, or ethnocentric assumptions or stereotypes)[5][6] As with any form of communication, it’s important to approach any assumptions about clothing and appearance mindfully and and critically.

The most important findings on the subject of personal appearance and public speaking—the findings we should pay most attention to—are the studies that showed that people who felt like they looked the part, who considered themselves to be dressed appropriately for the situation, also felt more competent. [7][8] This is the big takeaway here: You should try to look the way you want to feel, the way you want your audience to perceive you, and the way you want your audience to perceive your attitude toward the speaking situation.