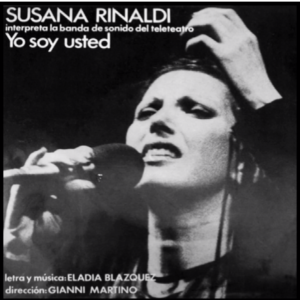 Subject pronouns are words that can be used as the subject of a sentence rather than repeating the noun or name of the thing or person who is doing the action. (Click here for an explanation of pronouns in English)

In Spanish, the singular subjects are:

*Nosotros (we) has a feminine nosotras that is used when the entire group is composed of females. Likewise, vosotros and ellos have feminine forms vosotras and ellas.

** In Latin America, vosotros is almost unheard of, and ustedes is exclusively used for the plural “you” in both formal and informal speaking.

As society has become more sensitive to questions of gender and sexual identity, people have begun experimenting with ways to adjust the traditional binary-gendered structure of the Spanish language. For now, you should begin by learning the pronouns as used in standard Spanish, as detailed above; click here to explore some of the experiments in gender-neutral language that Spanish speakers have been developing.

While the first person singular yo works very much like the “I” in English, the first personal plural “we” has two forms in Spanish based on the gender composition of the group. If the group and speaker are all females then the nosotras form is used, but if there is a single male in the group, then the nosotros form is required. While the Spanish Academy of Languages has suggested recently that this be changed to agree with the gender of the majority, adoption of this will likely take some time in mainstream culture.

Unlike English, Spanish has four forms for “you” based on number and the speaker’s familiarity with the person or persons who are being addressed.

The formal forms usted and ustedes are used to address anyone who you don’t know well or individuals for whom you should show respect or deference based on their age, seniority, or position (for example doctors, lawyers, your boss or a new acquaintance).

The familiar or informal forms tú (singular) and vosotros/as (plural) are used with anyone that you are on close terms with, for example your family, friends, children, pets, or anyone that you would feel comfortable in calling by their first name only. The vosotros/as form is utilized strictly in Spain and is not used in Latin America; in its place the Latin Americans use the ustedes form. Vosotros like “nosotros” also has to agree in gender based on the composition of the group.

There are circumstances when you will choose to break the formal vs. informal conventions, however, these alter the meaning of what you are saying.

In corporate settings it is always a good idea to use the formal until the individual requests that you use the informal with them. Unlike in the U.S., business interactions in the Spanish speaking world are formal. The use of first name as a sign of friendliness in U.S. and Canadian business interactions is often seen as a sign of disrespect in the Spanish speaking world.