As we have already seen, Spanish has two verbs that translate to the English “to be”: ser and estar. In this section, we’ll look at one of the most common uses of estar: to describe conditions and emotions. 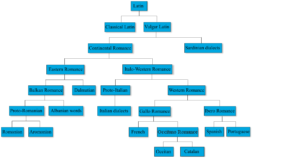 Why are there two verbs? Romance languages (Spanish, Catalan, Galician, Portuguese, French, Italian, and Romanian) derive from Latin, and Latin had three main verbs that could function like “to be”: sedēre “to sit”, esse “to be”, and stāre “to stand” or “to stay”. The first two, sedēre and esse, combined eventually into *essere, which came to mean “to be (permanently or essentially)”, in contrast to stāre, which meant “to be (temporarily or incidentally).” Do you see where we’re going here? *Essere = ser; stāre = estar.

Note: although English has only one form of “to be,” we still get to join in the fun with words that take on qualities from their etymological roots. Esse gives us essence, essential, presence, and absence (among others), while stāre gives us instance, instant, state, status, station, and substitute. See the pattern?

So does that help you understand the difference between ser and estar?

No? OK, how about this: “For how you feel or where you are, always use the verb estar.”