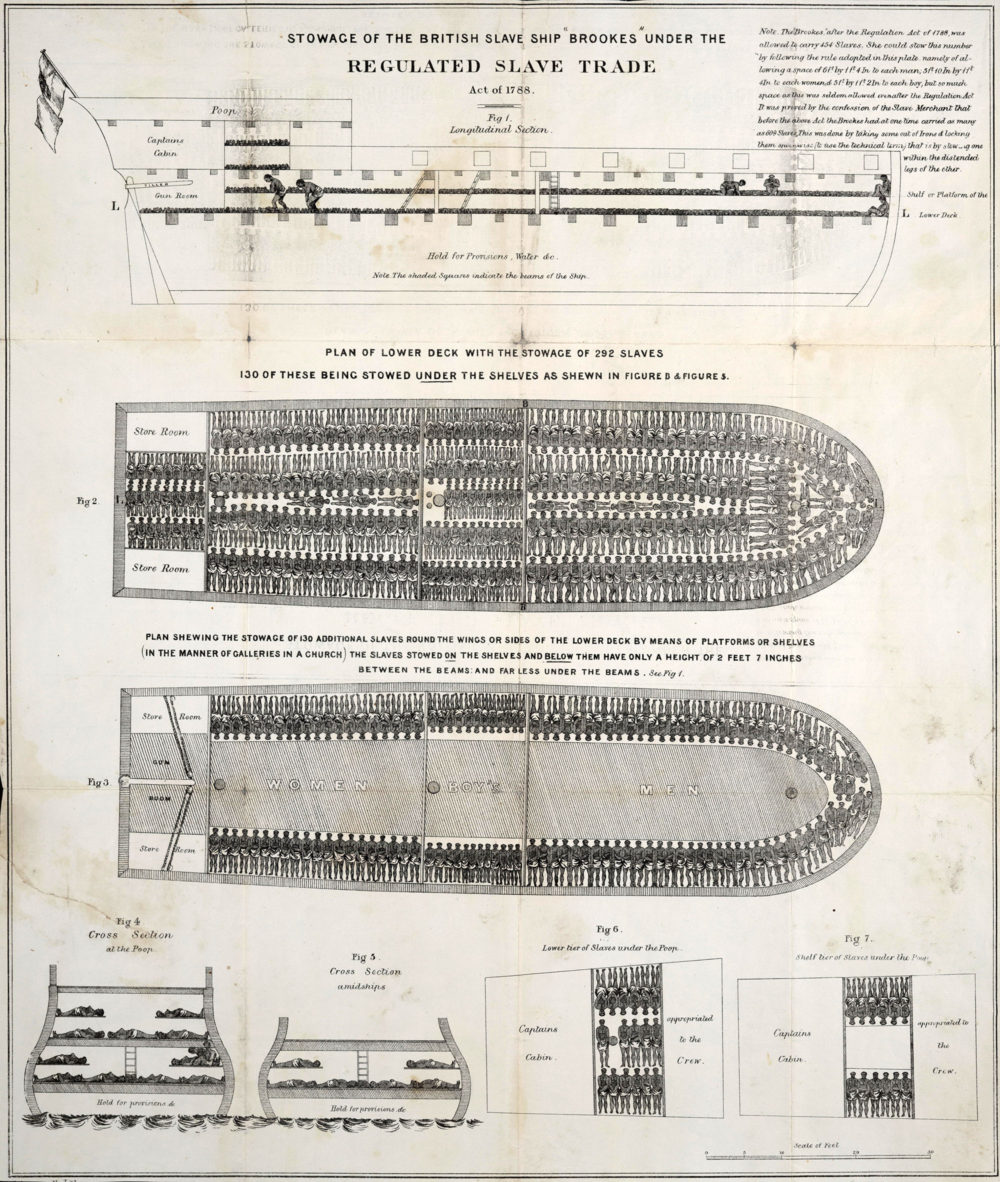 “Stowage of the British slave ship Brookes under the regulated slave trade act of 1788,” 1789, via Wikimedia.

Slave ships transported 11-12 million Africans to destinations in North and South America, but it was not until the end of the eighteenth century that any kind of regulation was introduced. The Brookes print dates to after the Regulated Slave Trade Act of 1788, but still shows enslaved Africans chained in rows using bilboes, which were iron leg shackles used to chain pairs of slaves together during the Middle Passage throughout the seventeenth and eighteenth centuries. The slave ship Brookes was allowed to carry up to 454 slaves, allotting 6 feet (1.8 m) by 1 foot 4 inches (0.41 m) to each man; 5 feet 10 inches (1.78 m) by 1 foot 4 inches (0.41 m) to each women, and 5 feet (1.5 m) by 1 foot 2 inches (0.36 m) to each child, but one slave trader alleged that before 1788, the ship carried as many as 609 slaves. 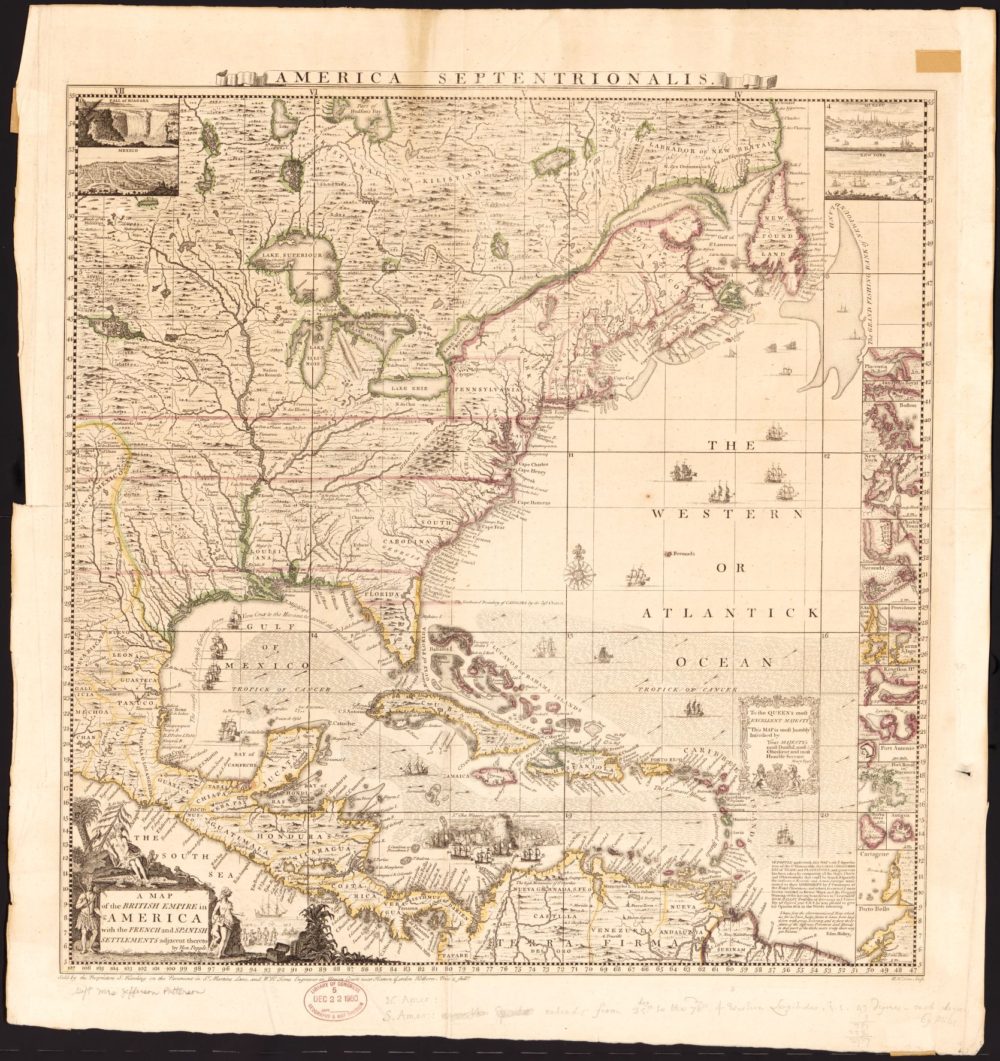 Henry Popple, “A map of the British Empire in America with the French and Spanish settlements adjacent thereto,” 1733 via Library of Congress.

British colonists in the seventeenth and early eighteenth centuries occupied a constantly contested frontier. The British Empire competed with French, Spanish, Portuguese, Dutch, and even Scottish explorers to claim land in North America and the Caribbean – much of it already settled by Native Americans. This diverse territory would continue to be contested throughout the eighteenth century. Eventually, the British Empire included twenty-six colonies in North America, producing everything from grain and timber to luxury goods like tobacco and sugar.