Today, most Americans think democracy is a good thing. We tend to assume the nation’s early political leaders believed the same. Wasn’t the American Revolution a victory for democratic principles? For many of the Founders, however, the answer was no. American democracy did not flow smoothly after the American Revolution. It had to be fought for again and again. The 1830s were dominated by battles over democracy as a new populist Democratic Party led by Andrew Jackson repealed property restrictions on voting. Universal white male suffrage was the rallying cry of the era. This expansion of the franchise occurred at the expense of black Americans, however, as race came to replace class as barrier to democratic participation. These sources explore the fights over democracy at the heart of the era. 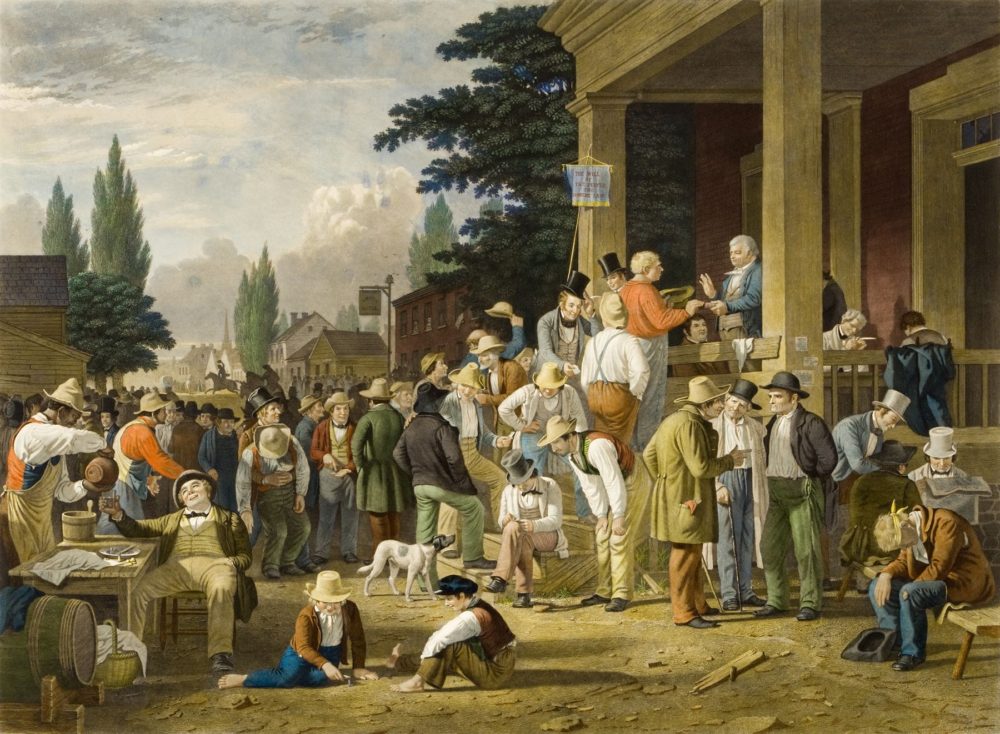 Beginning in the late 1840s, George Caleb Bingham created a series of paintings illustrating American democracy. He was drawn to the energy and near-chaos of speeches, rallies, election days, public announcements of voting results and more. Prior to painting this work, Bingham himself ran for state office in Missouri as a Whig. Here he shows the tumult of a county election day. Children play games, drunkards raise their glass (while political operatives drag inebriated men to the poll), citizens carefully debate the issues, while others study the newspaper. Art historians argue whether Bingham is celebrating or mocking American democracy. 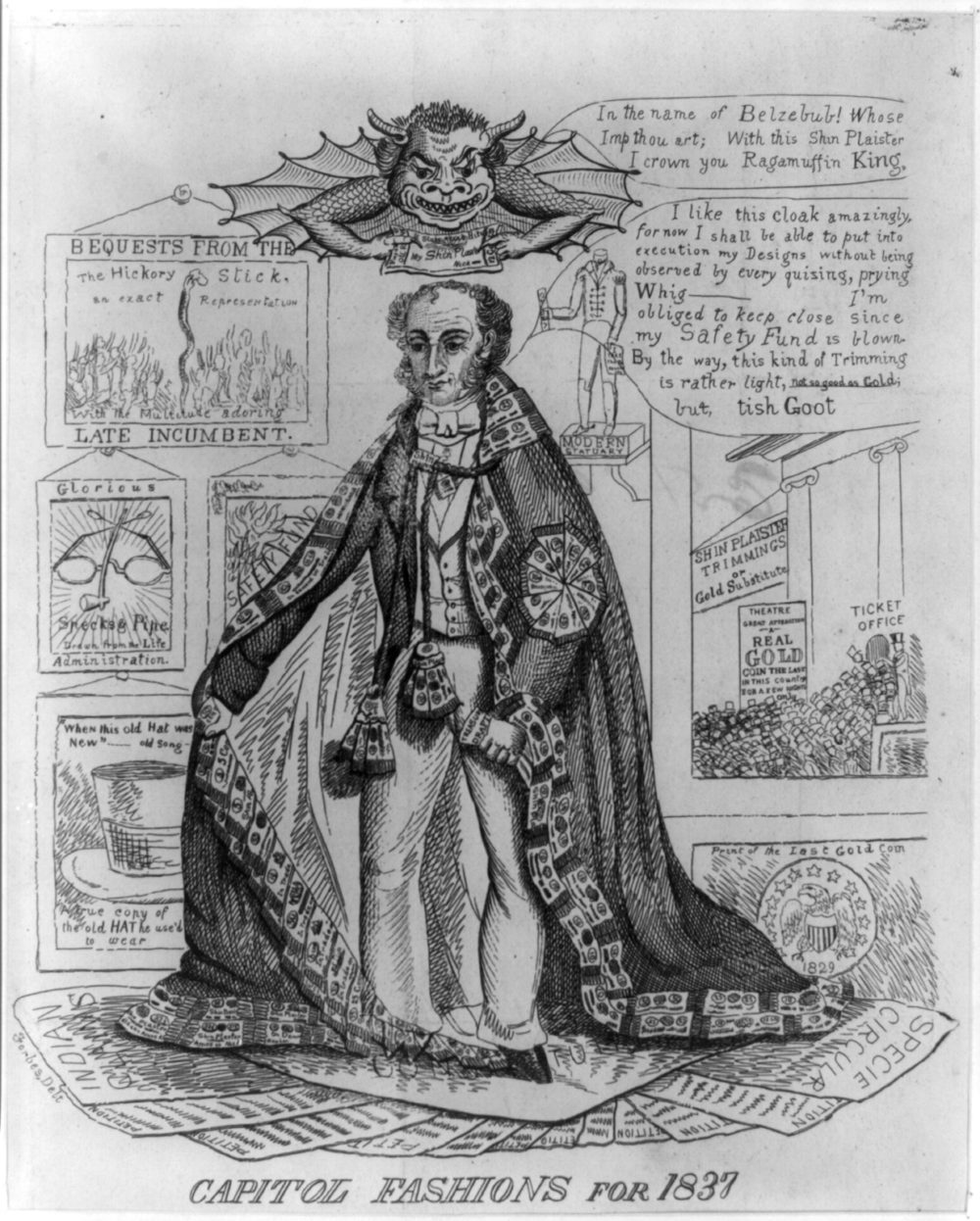 This caricature of President Martin Van Buren cloaked in worthless bank notes was created during the Panic of 1837. The artist mocks Van Buren and the policies of his predecessor, Andrew Jackson. The cartoon includes mentions to Jackson’s “Specie Circular,” an order that government officials only accept gold or silver as payment for land and Van Buren’s “Safety Fund,” a program designed to offset the damage of bank failures.  A document labeled “Indian claims” also refers to Jackson’s policy of Indian Removal. These and other subtle details reveal the anxieties of economic collapse and the policy differences between Democrats and Whigs.