Many Americans believed that the United States was destined to conquer the American continent and perhaps beyond. Other Americans protested these expansions as betrayals of American values. Debates over expansion, economics, diplomacy, and manifest destiny exposed some of the weaknesses of the American system. The chauvinism of policies like Native American removal, the Mexican War, and filibustering, existed alongside growing anxiety. Manifest Destiny attempted to make a virtue of America’s lack of history and turn it into the very basis of nationhood. According to these Americans, the United States was the embodiment of the democratic ideal. Democracy had to be timeless, boundless, and portable. New methods of transportation and communication, the rapidity of the railroad and the telegraph, the rise of the international market economy, and the growth of the American frontier provided shared platforms to help Americans think across local identities and reaffirm a national character. These sources demonstrate the conflicts over antebellum American expansion. 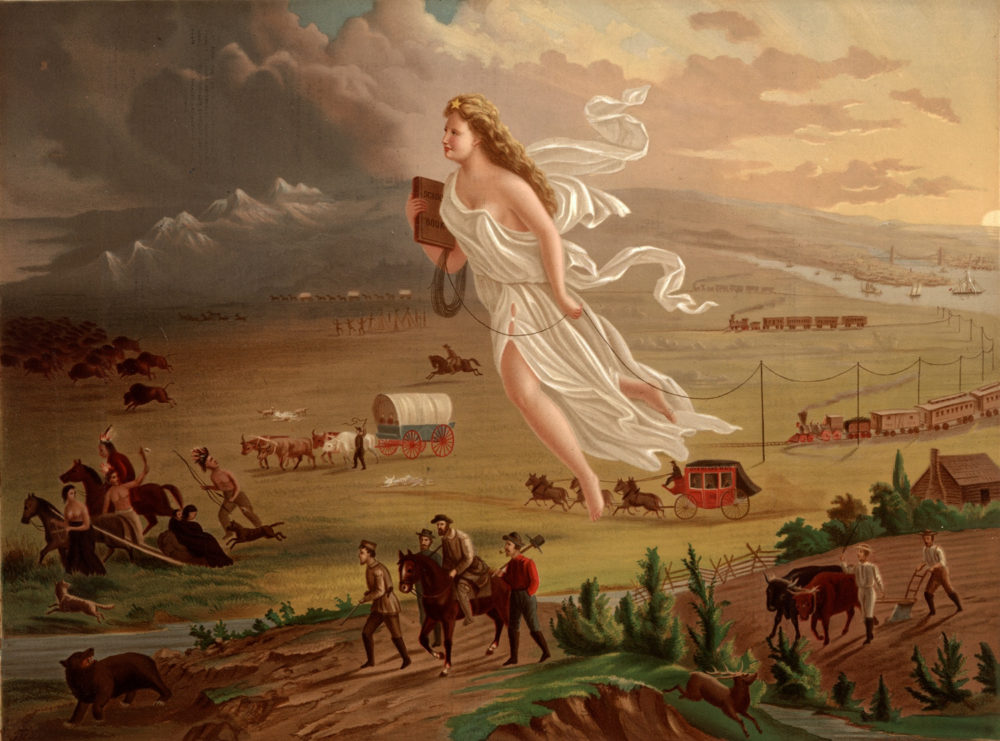 Columbia, the female figure of America, leads Americans into the West and into the future by carrying the values of republicanism (as seen through her Roman garb) and progress (shown through the inclusion of technological innovations like the telegraph) and clearing native peoples and animals, seen being pushed into the darkness. 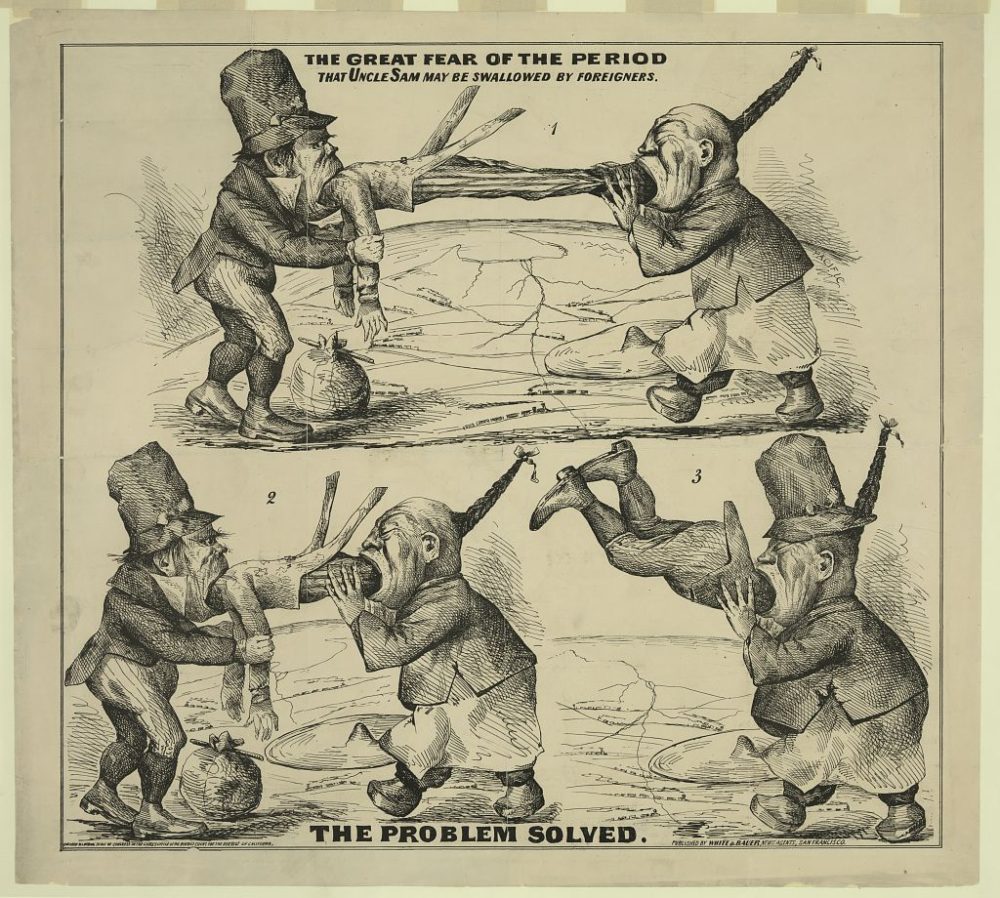 Many white Americans responded to increasing numbers of immigrants in the 1800s with great fear and xenophobic hatred, seeing immigrants as threats to their vision of Manifest Destiny. This cartoon depicts a highly racialized image of a Chinese immigrant and Irish immigrant “swallowing” the United States–in the form of Uncle Sam. In the second image the Chinese immigrant, swallows the Irish immigrant. Networks of railroads and the promise of American expansion can be seen in the background.