The early nineteenth century was a period of great optimism, with the possibilities of self-governance infusing everything from religion to politics. Yet it was also a period of great discord, as the benefits of industrialization and democratization increasingly accrued along starkly uneven lines of gender, race, and class. Westward expansion distanced urban dwellers from frontier settlers more than ever before, even as the technological innovations of industrialization—like the telegraph and railroads—offered exciting new ways to maintain communication. The spread of democracy opened the franchise to nearly all white men, but urbanization and a dramatic influx of European migration increased social tensions and class divides. Americans looked on these changes with a mixture of enthusiasm and suspicion, wondering how the moral fabric of the new nation would hold up against emerging social challenges. Increasingly, many turned to two powerful tools to help understand and manage the various transformations: spiritual revivalism and social reform. These sources illustrate how religion and reform encouraged Americans to dream of a better nation and a better world.

The fruit of alcohol and temperance 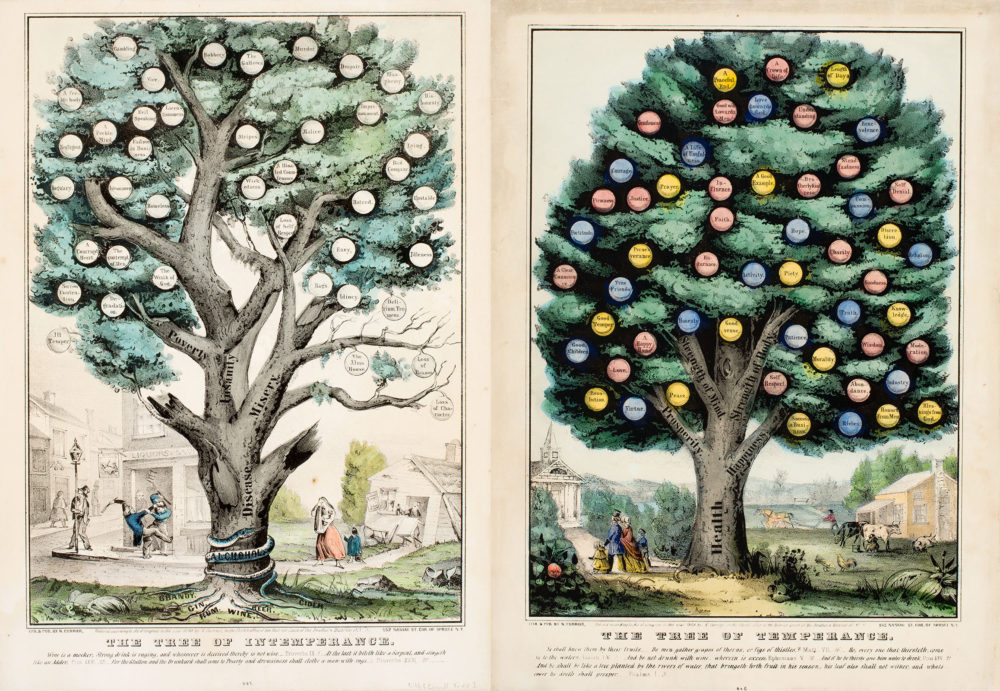 This pair of lithographs, created by Nathaniel Currier (later of Currier & Ives fame), contrasts the “fruits” of abstaining from alcohol to those of indulging in strong drink.  It leaves little to the imagination.  Intemperance is symbolized by a diseased tree, surrounded by drunks outside of a pawn shop and a woman and her children being thrown out of their home.  The lush foliage of temperance, on the other hand, is surrounded by prosperous church-going farm families. 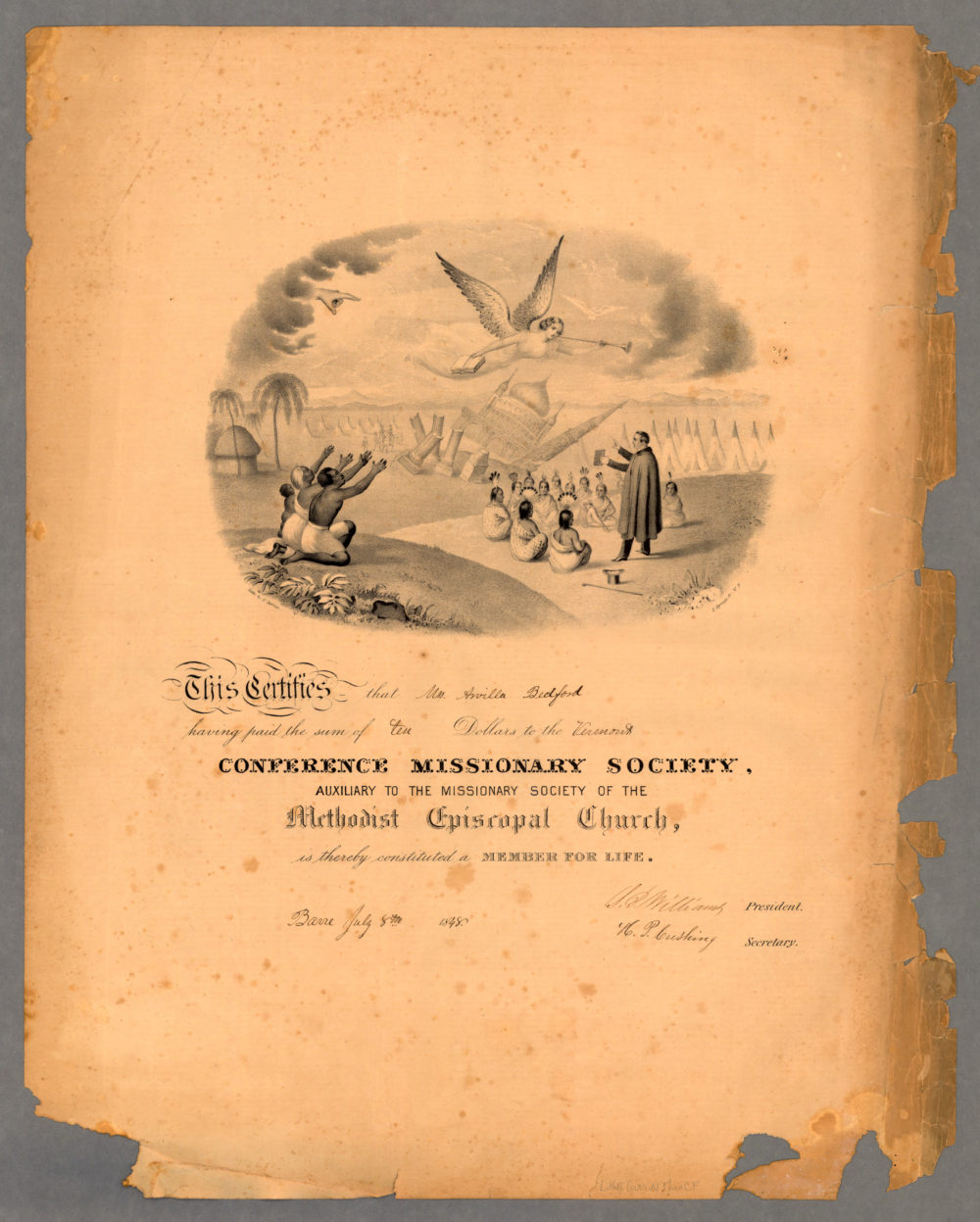 The Second Great Awakening moved American evangelicals to proselytize at home and abroad.  The image on this lifetime membership certificate to a missionary society shows how the new member’s money will be used.  The guiding hand of Providence and an angel bearing a book (presumably a Bible) hover at the top of the image.  In the background, a mosque topples over.  An African family kneels and reaches towards the heavens on the left side, while a minister preaches to Native Americans gathered before him on the right.