The American Civil War, the bloodiest in the nation’s history, resulted in approximately 750,000 deaths. The war touched the life of nearly every American as military mobilization reached levels never seen before or since. The vast majority of northerners went to war to preserve the Union, but the war ultimately transformed into a struggle to eradicate slavery. African Americans, both enslaved and free pressed the issue of emancipation and nurtured this transformation. Simultaneously, women thrust themselves into critical wartime roles while navigating a world without many men of military age. The Civil War was a defining event in the history of the United States and, for the Americans thrust into it, a wrenching one. The struggles and suffering of the Civil War endure through the words and images of the era. 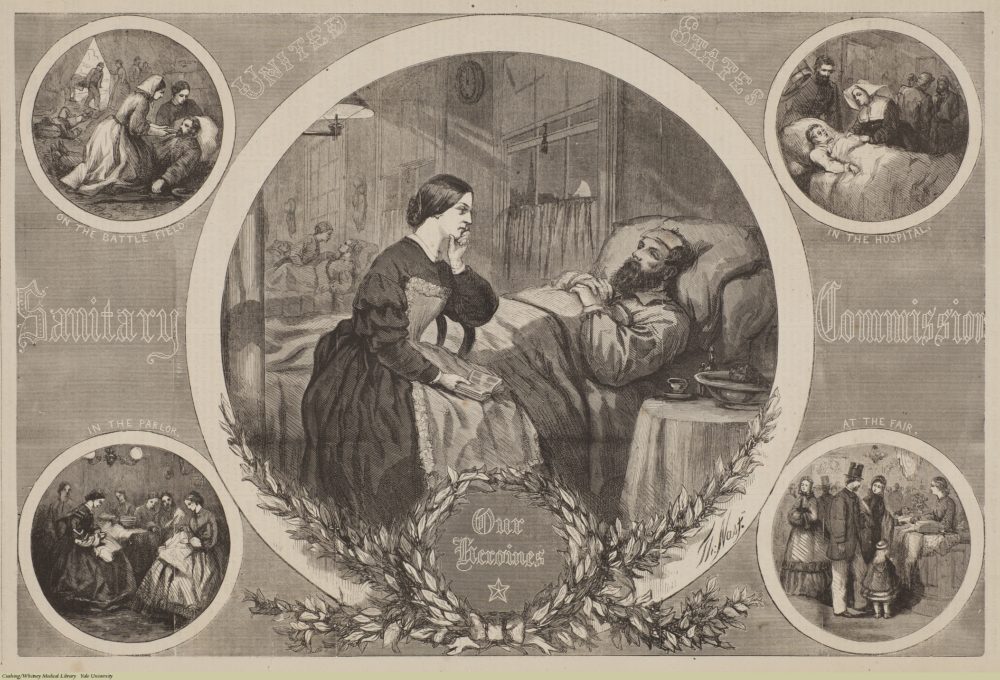 The Civil War ultimately opened a variety of arenas for Union and Confederate women’s participation. In the North, the United States Sanitary Commission in particular centralized women’s opportunities to volunteer as nurses, donate supplies, and to raise funds at sanitary fairs. This 1864 image from popular periodical Harper’s Weekly celebrates women’s contributions on the battlefield, in the hospital, in the parlor, and at the fair. 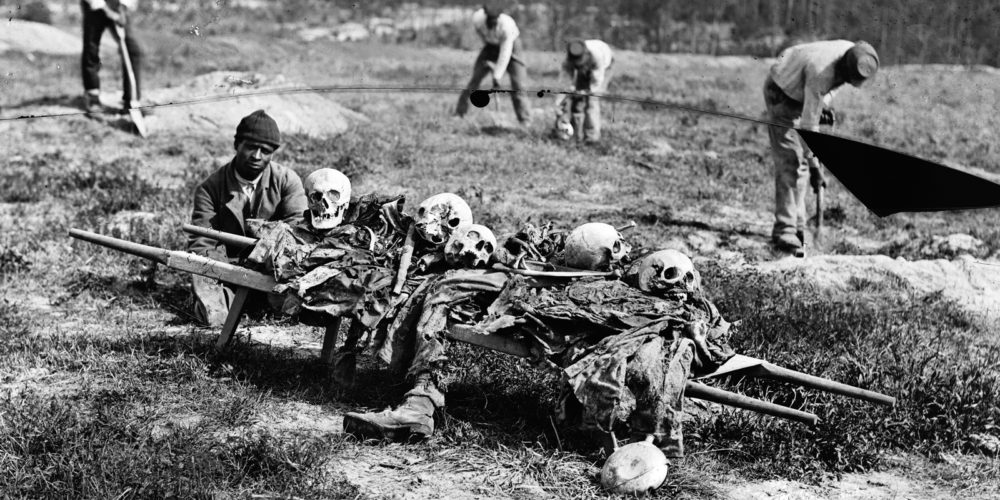 Death pervaded every aspect of life during the years of the Civil War. This gruesome photograph, taken after the battle of Cold Harbor, shows the hasty burial procedures used to reckon with unprecedented death. Dirty jobs like this were often left to black soldiers or freedpeople in Contraband Camps.