Cotton created the antebellum South. The wildly profitable commodity opened a previously closed society to the grandeur, the profit, the exploitation, and the social dimensions of a larger, more connected, global community. Populations became more cosmopolitan, more educated, and wealthier. Systems of class—lower-, middle-, and upper-class communities—developed where they had never clearly existed. Ports that had once focused entirely on the importation of slaves, and shipped only regionally, became homes to daily and weekly shipping lines to New York City, Liverpool, Manchester, Le Havre, and Lisbon. The world was, slowly but surely, coming closer together; and the South was right in the middle. But slavery remained, and the internal slave trade rose as the 1860s approached. Political debate, race relations, and the burden of slavery continued beneath the roar of steamboats, counting houses, and the exchange of goods. Underneath it all, many questions remained—chief among them, what to do if slavery somehow came under threat. These sources offer perspectives on how southerners, enslaved and free, made meaning of their lives in an era of great change. 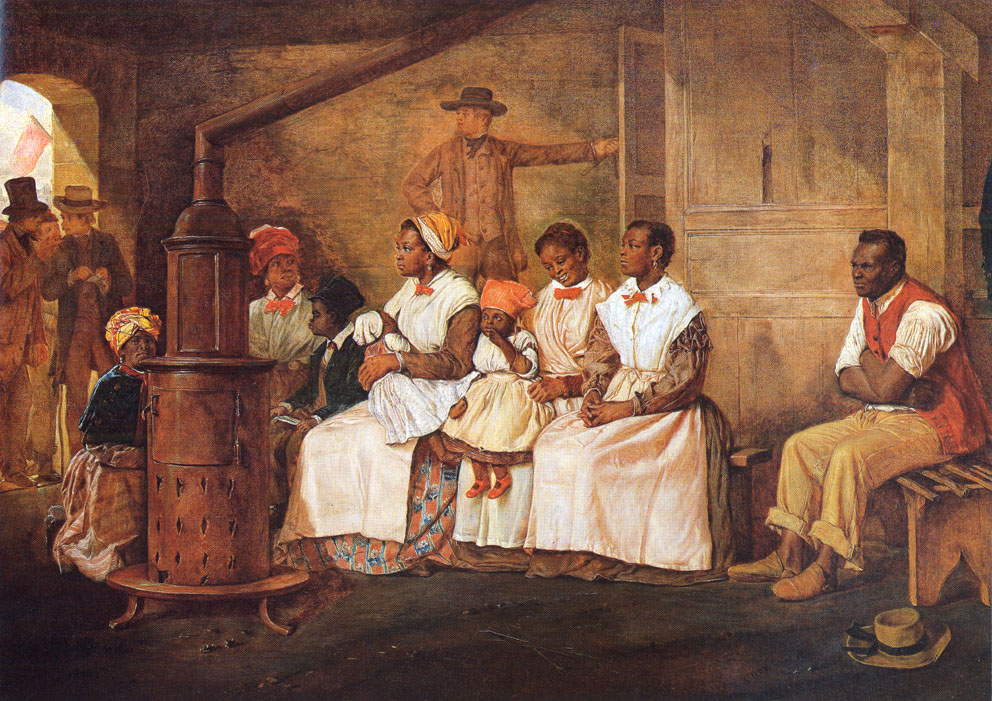 The English painter Eyre Crowe traveled through the American South in the early 1850s. He was particularly shocked to see the horrors of a slave market where families were torn apart by sale. In this painting, Crowe depicts an enslaved man, several women, and children waiting to be sold at auction. 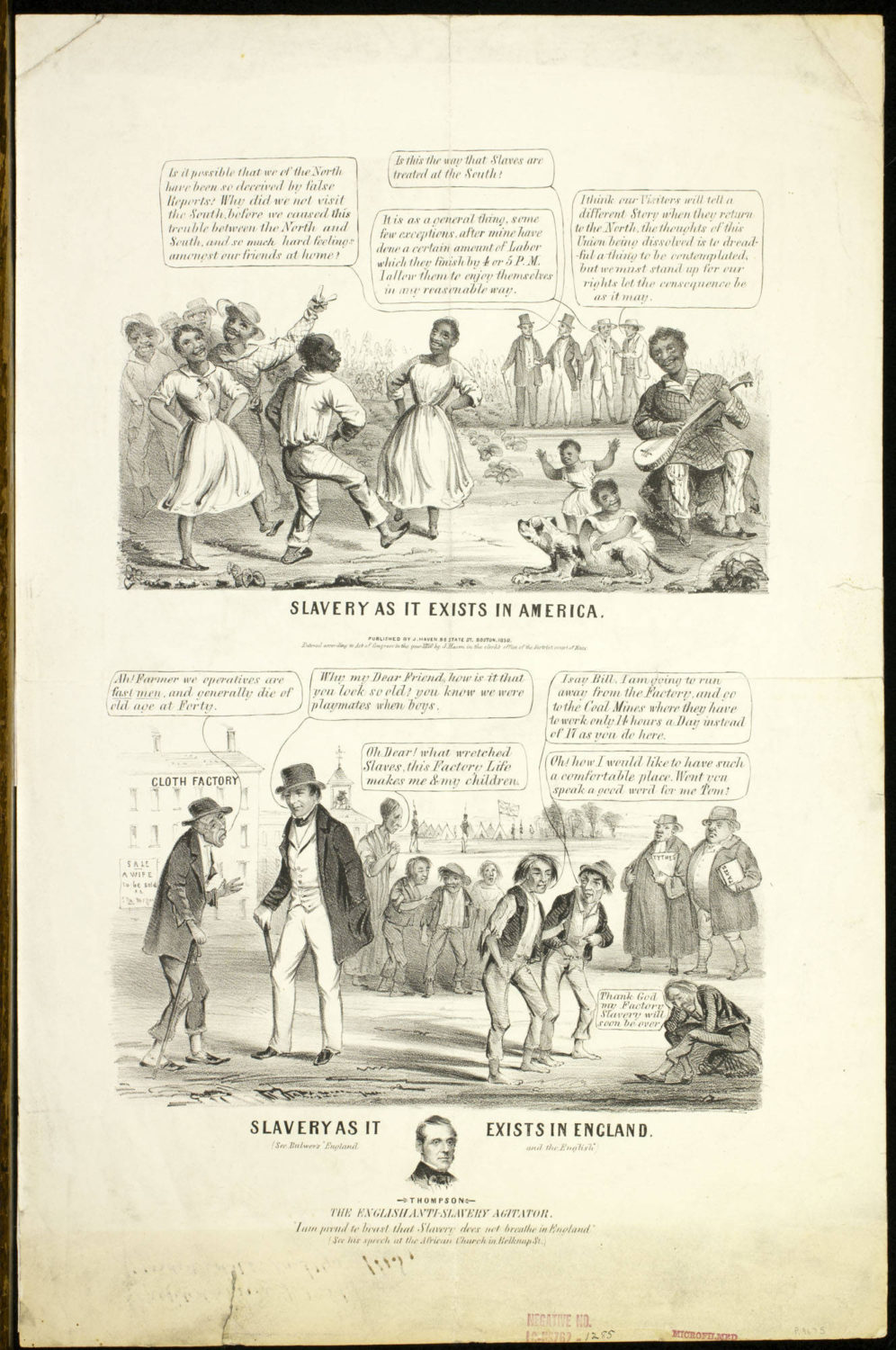 European alliances helped the American antislavery movement. But proslavery supporters also drew transatlantic comparisons. This proslavery image ignorantly portrays enslaved people who, according to white observers, were cheerful and pleased with their bondage. Proslavery advocates attempted to claim that English factory workers suffered a worse “slavery” than enslaved Africans and African Americans in the American South.