In the early years of the nineteenth century, Americans’ endless commercial ambition—what one Baltimore paper in 1815 called an “almost universal ambition to get forward”—remade the nation. Steam power, the technology that moved steamboats and railroads, fueled the rise of American industry by powering mills and sparking new national transportation networks. More and more farmers grew crops for profit, not self-sufficiency. Vast factories and cities arose in the North. As northern textile factories boomed, the demand for southern cotton swelled, and the institution of American slavery accelerated. The market revolution sparked not only explosive economic growth and new personal wealth but also devastating depressions—“panics”—and a growing lower class of property-less workers. Many Americans labored for low wages and became trapped in endless cycles of poverty. Although northern states gradually abolished slavery, their factories fueled the demand for slave-grown southern cotton that ensured the profitability and continued existence of the American slave system. And so, as the economy advanced, the market revolution wrenched the United States in new directions as it became a nation of free labor and slavery, of wealth and inequality, and of new promise and peril. These sources illustrate how the market revolution transformed how Americans worked, traveled, politicked, and even loved. 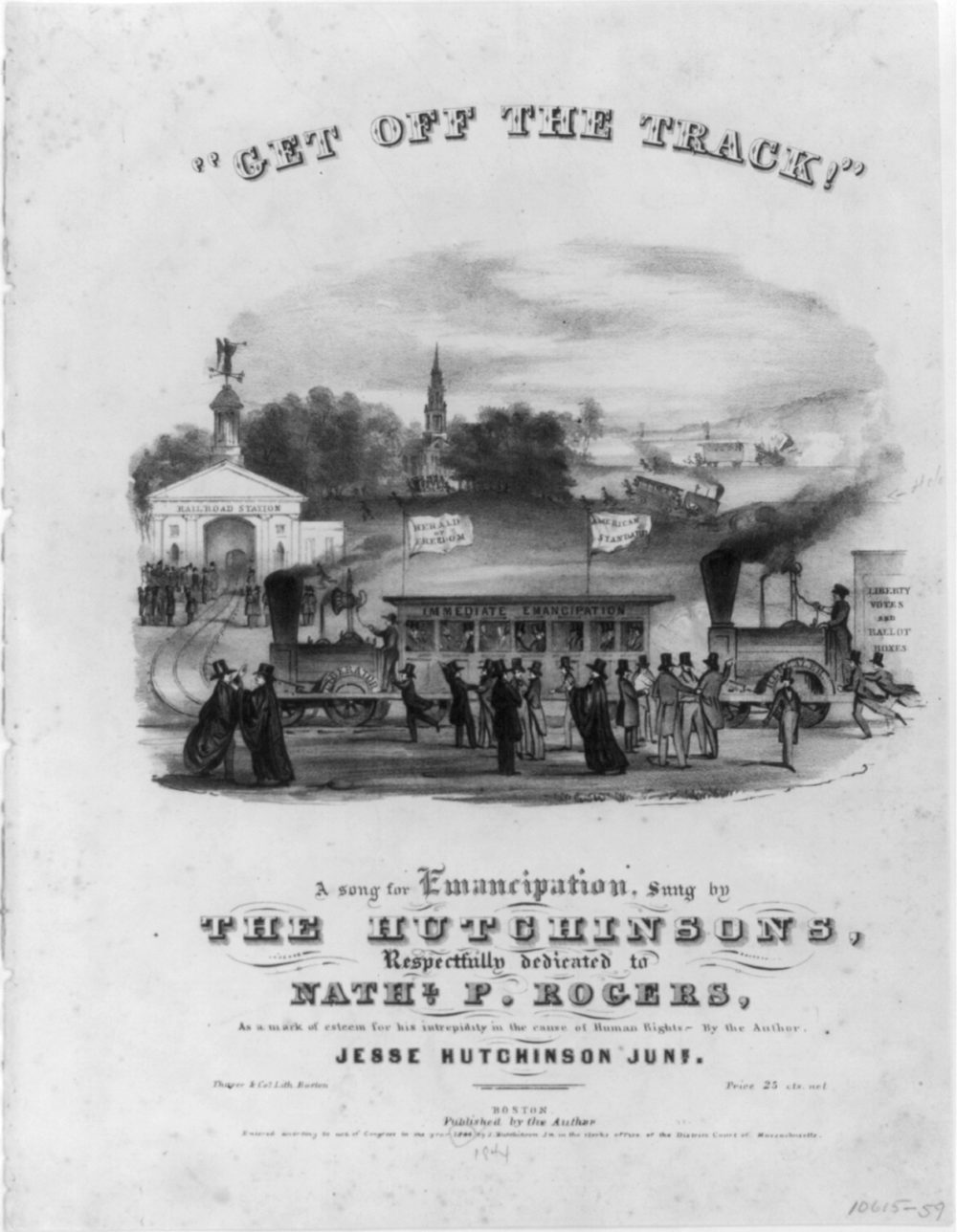 The “transportation revolution” shaped economic change in the early 1800s, but the massive construction of railroads also had a profound impact on American politics and culture. This sheet music title page shows how abolitionists used railroad imagery to advocate for the immediate emancipation of enslaved people and to promote their political platform before the 1844 presidential election.