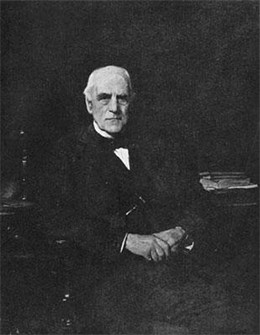 Figure 1. Junius Spencer Morgan of Boston was one of the fathers of the American private banking system.

The profound economic changes sweeping the United States led to equally important social and cultural transformations. The formation of distinct classes, especially in the rapidly industrializing North, was one of the most striking developments. The unequal distribution of newly created wealth spurred new divisions along class lines. Each class had its own specific culture and views on the issue of slavery.

Economic elites gained further social and political ascendance in the United States due to a fast-growing economy that enhanced their wealth and allowed distinctive social and cultural characteristics to develop among different economic groups. In the major northern cities of Boston, New York, and Philadelphia, leading merchants formed an industrial capitalist elite. Many came from families that had been deeply engaged in colonial trade in tea, sugar, pepper, enslaved persons, and other commodities and that were familiar with trade networks connecting the United States with Europe, the West Indies, and the Far East. These colonial merchants had passed their wealth to their children.

After the War of 1812, the new generation of merchants expanded their economic activities. They began to specialize in specific types of industry, spearheading the development of industrial capitalism based on factories they owned and on specific commercial services such as banking, insurance, and shipping. Junius Spencer Morgan, for example, rose to prominence as a banker. His success began in Boston, where he worked in the import business in the 1830s. He then formed a partnership with a London banker, George Peabody, and created Peabody, Morgan & Co. In 1864, he renamed the enterprise J. S. Morgan & Co. His son, J. P. Morgan, became a noted financier in the later nineteenth and early twentieth century.

Visit the Internet Archive to see scanned pages from Hunt’s Merchant’s Magazine and Commercial Review. This monthly business review provided the business elite with important information about issues pertaining to trade and finance: commodity prices, new laws affecting business, statistics regarding imports and exports, and similar content. Choose three articles and decide how they might have been important to the northern business elite.

Members of the northern business elite forged close ties with each other to protect and expand their economic interests. Marriages between leading families formed a crucial strategy to advance economic advantage, and the homes of the northern elite became important venues for solidifying social bonds. Exclusive neighborhoods started to develop as the wealthy distanced themselves from the poorer urban residents, and cities soon became segregated by class.

Industrial elites created chambers of commerce to advance their interests; by 1858 there were ten in the United States. These networking organizations allowed top bankers and merchants to stay current on the economic activities of their peers and further strengthen the bonds among themselves. The elite also established social clubs to forge and maintain ties. The first of these, the Philadelphia Club, came into being in 1834. Similar clubs soon formed in other cities and hosted a range of social activities designed to further bind together the leading economic families. Many northern elites worked hard to ensure the transmission of their inherited wealth from one generation to the next. Politically, they exercised considerable power in local and state elections. Most also had ties to the cotton trade, so they were strong supporters of slavery.

The Industrial Revolution led some former artisans to reinvent themselves as manufacturers. These enterprising leaders of manufacturing differed from the established commercial elite in the North and South because they did not inherit wealth. Instead, many came from very humble working-class origins and embodied the dream of achieving upward social mobility through hard work and discipline. As the beneficiaries of the economic transformations sweeping the republic, these newly established manufacturers formed a new economic elite that thrived in the cities and cultivated its own distinct sensibilities. They created a culture that celebrated hard work, a position that put them at odds with Southern planter elites who prized leisure and with other elite northerners who had largely inherited their wealth and status. 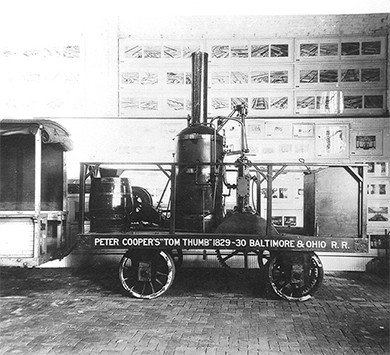 Figure 2. Peter Cooper, who would go on to found the Cooper Union for the Advancement of Science and Art in New York City, designed and built the Tom Thumb, the first American-built steam locomotive, a replica of which is shown here.

Peter Cooper provides one example of the new northern manufacturing class. Ever inventive, Cooper dabbled in many different moneymaking enterprises before gaining success in the glue business. He opened his Manhattan glue factory in the 1820s and was soon using his profits to expand into a host of other activities, including iron production. One of his innovations was the steam locomotive, which he invented in 1827. Despite becoming one of the wealthiest men in New York City, Cooper lived simply. Rather than buying an ornate bed, for example, he built his own. He believed respectability came through hard work, not family pedigree.

Those who had inherited their wealth (“old money”) derided self-made men like Cooper (“new money”), and he and others like him were excluded from the social clubs established by the merchant and financial elite of New York City. Self-made northern manufacturers, however, created their own organizations that aimed to promote upward mobility. The Providence Association of Mechanics and Manufacturers was formed in 1789 and advocated for both the industrial arts and education as a pathway to economic success. In 1859, Peter Cooper established the Cooper Union for the Advancement of Science and Art, a school in New York City dedicated to providing education in technology. Merit, not wealth, mattered most according to Cooper, and admission to the school was based solely on ability; race, sex, and family connections had no bearing. The best and brightest could attend Cooper Union tuition-free, a policy that remained in place until 2014.

What did Peter Cooper envision for the United States, and how did he work to bring his vision to life?

Show Answer
A successful northern manufacturer and inventor, Cooper valued hard work, thrift, and simplicity. He lived according to these values, choosing utilitarian, self-made furnishings rather than luxurious goods. Cooper’s vision of hard work leading to respectability led him to found the Cooper Union for the Advancement of Science and Art; admission to this college, which was dedicated to the pursuit of technology, was based solely on merit.

self-made men: a new class of wealthy manufacturing businessmen who came from the working-class and rose through the socioeconomic ranks by creating new technologies or methods of production which became popular and relied on by other companies. These men usually shared more middle-class values like education and a strong work ethic and were often excluded by “old-money” colonial families who had inherited their wealth and status.