One of the earliest and largest revivals of the Second Great Awakening occurred in Cane Ridge, Kentucky, over a one-week period in August 1801. The Cane Ridge Revival drew between 10,000 to 20,000 people, possibly as many as one in every ten residents of Kentucky. Though large crowds had previously gathered annually in rural areas each late summer for “holy fairs,” a tradition that began in Presbyterian Scotland to gather congregations together once a year when there was a lack of ministers, this assembly was very different. Methodist, Baptist, and Presbyterian preachers all delivered passionate sermons, exhorting the crowds to strive for their own salvation. They preached from inside buildings, evangelized outdoors under the open sky, and even used tree stumps as makeshift pulpits, all to reach their enthusiastic audiences in any way possible. Women, who made up the bulk of Second Great Awakening converts, also preached in public, in a striking break with common practice. Many attendees, moved by the preachers’ fervor, responded by crying, jumping, speaking in tongues, or even fainting.

Events like the Cane Ridge Revival sparked significant changes in Americans’ religious affiliations. Many revivalists abandoned the comparatively formal style of worship observed in the well-established Congregationalist and Episcopalian churches and instead embraced more impassioned forms of worship that included the spontaneous jumping, shouting, and gesturing found in new and alternative denominations. The ranks of Christian denominations such as the Methodists, Baptists, and Presbyterians swelled precipitously alongside new denominations such as the Seventh-Day Adventist Church. The evangelical fire reached such heights, in fact, that one swath of western and central New York state came to be known as the Burned-Over District, because there were supposedly no more souls to “set on fire” with spiritual conversion, according to revivalist preacher Charles Grandison Finney, since they had all been converted already.

In the Northeast, Presbyterian minister Charles Grandison Finney rose to prominence as one of the most important evangelicals in the movement. Born in 1792 in western New York, Finney studied to be a lawyer until 1821, when he experienced a religious conversion and thereafter devoted himself to revivalism. He led revival meetings in New York and Pennsylvania, but his greatest success occurred after he accepted a ministry in Rochester, New York, in 1830. At the time, Rochester was a boomtown because the Erie Canal had brought a lively shipping business.

Many churches had to turn to new ways of reaching the American people in their effort to find converts. Methodists used itinerant preachers, known as circuit riders. These men (and the occasional woman) won converts by pushing west over the Alleghenies and into the Ohio River Valley, bringing religion to new settlers hungry to have their spiritual needs attended. Circuit riding took preachers into homes, meetinghouses, and churches, all mapped out at regular intervals that collectively took about two weeks to complete.

In a new, radical approach to spreading the gospel, some revivalist preachers, such as Charles Grandison Finney, put theological issues aside and evangelized by appealing to worshippers’ hearts and emotions. Even conservative spiritual leaders, such as Lyman Beecher of the Congregational Church (father of famed author Harriet Beecher Stowe), appealed to younger generations of Americans by adopting a less orthodox approach to Calvinist doctrine. Whereas preachers of long-standing denominations like the Congregationalists were required to have a divinity degree and at least some theological training in order to become spiritual leaders, many new revivalist denominations only required a conversion experience and a supernatural “call to preach.” This meant, for example, that a twenty-year-old man could go from working in a mill to being a full-time circuit-riding preacher for the Methodists practically overnight, with no formal training in theology or exegesis. Indeed, their emphasis on spiritual egalitarianism over formal training enabled Methodists to outpace spiritual competition during this period by recruiting ministers quickly from almost anywhere, with the lack of formal training allowing them to be paid significantly less than a Congregationalist preacher with a divinity degree.

Women in the revival movement 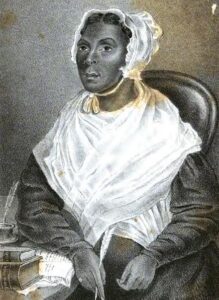 Women played a key role in the development of the Second Great Awakening. While they made up the bulk of individuals who converted during the revival services, they also helped lead the movement. Revival Protestantism was more accepting of female and African-American pastors than other branches, and several female ministers carved out places for themselves on the evangelical circuit and within the community.

Jarena Lee was a female African-American minister in the American Methodist Episcopal Church. She was born in 1783 as a free woman in Massachusetts and had to begin working as a servant at the age of 7 to help support her impoverished family. She struggled with thoughts of suicide and experienced a religious conversion event as a young woman and finally convinced Richard Allen, the founder of the AME, to allow her to preach, telling him: “If the man may preach, because the Savior died for him, why not the woman, seeing he died for her also? Is he not a whole Savior, instead of half of one?” Lee worked as a traveling minister, walking thousands of miles on foot to deliver her message, and became the first African-American woman in the U.S. to publish her own autobiography. 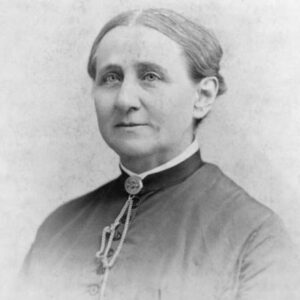 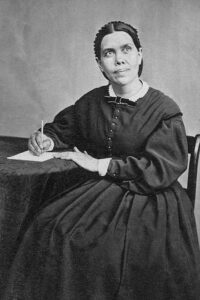 Antoinette Louisa Brown Blackwell was the first woman to be ordained in a mainstream Protestant church in the U.S. She began preaching in her local church around the age of 10 and later graduated from Oberlin College’s theological seminary. In 1852 she became the minister of a Congregationalist church in New York. Later, she left the church because of a crisis of faith (though she would later return to Unitarianism) and turned her focus to women’s rights, abolitionism, and poverty alleviation. Some of her Biblical exegesis was published in the Oberlin Quarterly Review and she published several books on theology, science, and poetry.

Ellen Gould White co-founded the Seventh Day Adventist Church with her husband and other leaders in her circle. She was a prolific writer and was seen as a prophet by her followers because she claimed to have had over 2,000 visions from God and published all of them in a book that became the foundation of Seventh Day Adventist theology. White advocated for vegetarianism and helped to establish schools and hospitals all over the country, some of which are still used today. She wrote on many subjects aside from theology, including parenting, nutrition, education, agriculture, and relationships. Altogether, White wrote over 5,000 articles and 40 books and was named “One of the 100 Most Significant Americans of All Time” by Smithsonian Magazine in 2018. Her theological teachings focused on common themes of American revival Protestantism, such as salvation through grace and evangelicalism.

American Protestantism eventually took on aspects of Industrial Revolution capitalism and the free-labor market in its effort to convert as many souls as possible. In the new “spiritual market,” converts were a commodity and ministers were the workers. The church that could get the most ministers working for the least amount of money would convert the most amount of souls the fastest. The American West became a factory for Christian converts the same way that the Northeast had become a powerhouse for the textile industry in the mid-19th century.

The new middle class—an outgrowth of the Industrial Revolution—embraced the evangelical message. It fit perfectly with their understanding of themselves as independent individuals shaping their own destiny. Working-class Americans also latched onto the message that they could control their salvation. The message of middle-class growth promised workers financial “salvation” through hard work, while revival Protestantism promised spiritual salvation through faith and morality. These two messages, the middle-class “American Dream” and evangelical individual salvation became key features of American culture in the 19th century and drove many social developments in the 20th century.

Letter to the editor

Below is the text of a Letter to the Editor printed in the Franklin Herald newspaper in Greensfield, Massachusetts on October 30, 1821. The writer, Heman Humphrey, was a Congregationalist minister and proponent of the Temperance movement. Humphrey writes about a revival held in Pittsfield, Massachusetts:

“PITTSFIELD, Sept. 24, 1821.
“Dear Sir,- The Lord is doing a great work in this place, and to him be all the glory. The revival commenced in the latter part of May. It has not been rapid in its progress; but every week has furnished instances of conviction and hopeful conversion- many of which are very remarkable. Our last communion was on the third Sabbath in Sept. Such a scene was never before witnessed in Pittsfield. Eighty persons were received into the church by profession, and four by letter. Forty-two of these are heads of families- twenty-five males and seventeen females.- Thus the worship of GOD has recently been established, in more than twenty families, and most of them of the upper class in society. Perhaps forty more persons are entertaining hope and the work goes on. Yesterday, not far from thirty children were offered in baptism. It was an interesting sight.

GOD is still carrying on his work in Lenox, and Stockbridge. In Lee, the LORD JESUS is triumphing gloriously- Sandisfield is experiencing a great refreshing. Hinsdale and Washington also are visited. “Is it the LORD’S doing and marvellous in our eyes.”

You can clearly see the emphasis that Humphrey places on the number of converts, as well as their status in society and in their own family. His remark about the “heads of families” is telling, because during this time it was widely believed that if the head of a family (usually the husband) was converted, then the rest of the family would follow. When he states that “Jesus is triumphing gloriously,” he is referring to the number of people converted, which was a standard by which many revivalist churches measured their success.

The Second Great Awakening brought significant changes to American culture. Church membership doubled in the years between 1800 and 1835. Several new groups formed to promote and strengthen the message of religious revival. The American Bible Society, founded in 1816, distributed Bibles in an effort to ensure that every family had access to the sacred text, while the American Sunday School Union, established in 1824, focused on the religious education of children and published religious materials specifically for young readers. In 1825, the American Tract Society formed with the goal of disseminating the Protestant revival message in a flurry of publications. While the ATS was non-sectarian, meaning they were not officially associated with any denomination, they were funded through private donations which came with stipulations. The ATS also used traveling salesmen, who doubled as preachers. The ATS still operates today and has expanded to distribute Christian literature worldwide.

Burned-Over District: an area of New York state which was referred to as “burned-over” because so many traveling ministers had visited that everyone in the area had already been baptized and there were no more souls to “light on fire” with the gospel

Second Great Awakening: a revival of evangelical Protestantism in the early nineteenth century