What is a Mode?

A mode is different from a medium, which is the substance through which a communication is conveyed. Examples of a visual medium, for instance, would be photography, painting, or film.

When a given text makes use of more than one mode, the text can be characterized as multimodal. 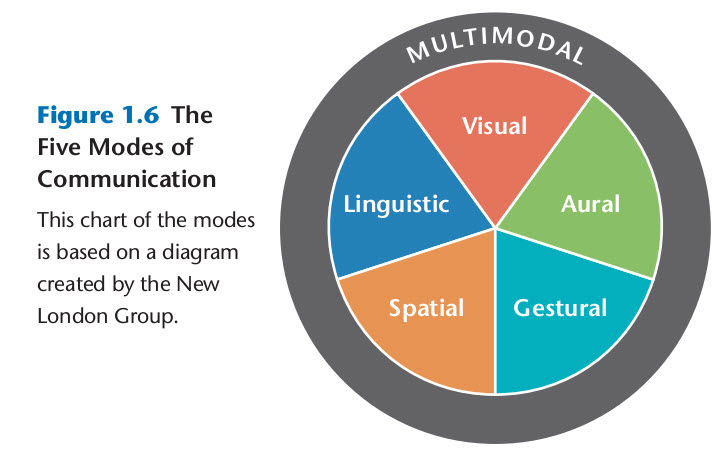 When analyzing or producing multimodal compositions, it is important to recognize the operation of multiple modes within artifacts. But it is also useful to think about which mode generally predominates in any given medium. Both photographs and films, for instance, employ the visual mode. Films differ from photographs, however, in that they involve movement of bodies and objects through space (spatial mode). We might say, then, that the visual mode predominates in photographs, the spatial mode in film. Being aware of dominant modes within a medium will prove helpful later when choosing powerful claims and persuasive evidence for composing your own multimodal argument.