Demonstrate familiarity with the pH scale

In this outcome we’ll learn about the pH scale and the importance of acids and bases.

Hydrogen ions are spontaneously generated in pure water by the dissociation (ionization) of a small percentage of water molecules into equal numbers of hydrogen (H+) ions and hydroxide (OH–) ions. While the hydroxide ions are kept in solution by their hydrogen bonding with other water molecules, the hydrogen ions, consisting of naked protons, are immediately attracted to un-ionized water molecules, forming hydronium ions (H3O+). Still, by convention, scientists refer to hydrogen ions and their concentration as if they were free in this state in liquid water.

The concentration of hydrogen ions dissociating from pure water is 1 × 10–7 moles H+ ions per liter of water. Moles (mol) are a way to express the amount of a substance (which can be atoms, molecules, ions, etc), with one mole being equal to 6.02 x 1023 particles of the substance. Therefore, 1 mole of water is equal to 6.02 x 1023 water molecules. The pH is calculated as the negative of the base 10 logarithm of this concentration. The log10 of 1 × 10–7 is –7.0, and the negative of this number (indicated by the “p” of “pH”) yields a pH of 7.0, which is also known as neutral pH. The pH inside of human cells and blood are examples of two areas of the body where near-neutral pH is maintained. 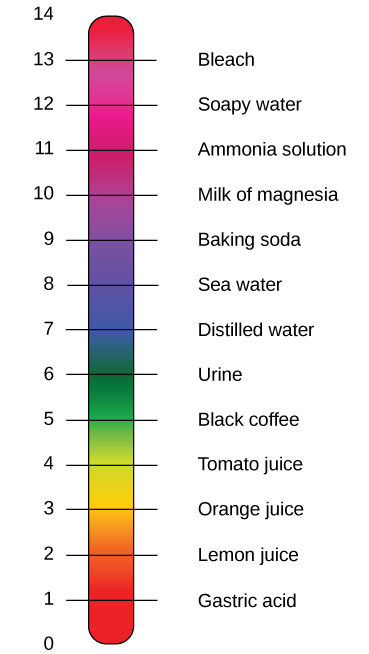 Figure 1. The pH scale measures the concentration of hydrogen ions (H+) in a solution.

The stronger the acid, the more readily it donates H+. For example, hydrochloric acid (HCl) completely dissociates into hydrogen and chloride ions and is highly acidic, whereas the acids in tomato juice or vinegar do not completely dissociate and are considered weak acids.

Conversely, strong bases are those substances that readily donate OH– or take up hydrogen ions. Sodium hydroxide (NaOH) and many household cleaners are highly alkaline and give up OH– rapidly when placed in water, thereby raising the pH. An example of a weak basic solution is seawater, which has a pH near 8.0, close enough to neutral pH that marine organisms adapted to this saline environment are able to thrive in it.

However, the environment in the stomach is highly acidic, with a pH of 1 to 2. So how do the cells of the stomach survive in such an acidic environment? How do they homeostatically maintain the near neutral pH inside them? The answer is that they cannot do it and are constantly dying. New stomach cells are constantly produced to replace dead ones, which are digested by the stomach acids. It is estimated that the lining of the human stomach is completely replaced every seven to ten days.

So how can organisms whose bodies require a near-neutral pH ingest acidic and basic substances (a human drinking orange juice, for example) and survive? Buffers are the key. Buffers readily absorb excess H+ or OH–, keeping the pH of the body carefully maintained in the narrow range required for survival. Maintaining a constant blood pH is critical to a person’s well-being. The buffer maintaining the pH of human blood involves carbonic acid (H2CO3), bicarbonate ion (HCO3–), and carbon dioxide (CO2). When bicarbonate ions combine with free hydrogen ions and become carbonic acid, hydrogen ions are removed, moderating pH changes. Similarly, as shown in Figure 2, excess carbonic acid can be converted to carbon dioxide gas and exhaled through the lungs. This prevents too many free hydrogen ions from building up in the blood and dangerously reducing the blood’s pH. Likewise, if too much OH– is introduced into the system, carbonic acid will combine with it to create bicarbonate, lowering the pH. Without this buffer system, the body’s pH would fluctuate enough to put survival in jeopardy.

Figure 2. This diagram shows the body’s buffering of blood pH levels. The blue arrows show the process of raising pH as more CO2 is made. The purple arrows indicate the reverse process: the lowering of pH as more bicarbonate is created.

Other examples of buffers are antacids used to combat excess stomach acid. Many of these over-the-counter medications work in the same way as blood buffers, usually with at least one ion capable of absorbing hydrogen and moderating pH, bringing relief to those that suffer “heartburn” after eating. The unique properties of water that contribute to this capacity to balance pH—as well as water’s other characteristics—are essential to sustaining life on Earth.

The pH scale is a measure of acidity/alkalinity and provides information about how substances tend to act in aqueous solutions. All living processes occur in an ideal pH range. Buffers act together to keep the pH within a certain range, based off the release or absorption of hydrogen ions.