What you’ll learn to do: Identify social media platforms that are typically less frequently used by businesses

What we may consider to be a “second tier” of social media platforms are LinkedIn, Pinterest, Snapchat, and Google Plus. While these platforms have similar social media function as the “first” tier or most common platforms, they all have a more niche audience, which means they have less market share.

As with the more common platforms, these platforms all attempt to . . .

Launched in 2003, LinkedIn focuses on recruiting and finding talent. Their initial slogan was, “LinkedIn makes your professional network faster and more powerful.” Individual users build profiles similar to a personal resume and are able to search for new jobs. Most importantly, users make connections with each other and build their professional networks.

In Module 14: Finding a Job, we’ll talk more about the importance of networking and strategies to build your network. For now, we’ll simply focus on LinkedIn and its features.

As of early 2018, over 500 million people use LinkedIn, and there are typically around 3 million open job postings or listings on the site[1].

You can check out this detailed article to get started with Linkedin. The article also includes links to higher-level and more advanced techniques, many of which are useful for recruiters.

The most important part of LinkedIn for business communication is recruiting talent or finding jobs; after all, that’s why people build a network. Let’s take a look at both actions.

If you are recruiting, LinkedIn can be a powerful platform for finding candidates to fill openings at your company. However, unless you have a premium account, you can only reach out to people who are already a part of your LinkedIn network. Here are a few quick and easy strategies for recruiting on LinkedIn:

As an individual user on LinkedIn, you can view top jobs recommended for you based on your profile (Figure 1). 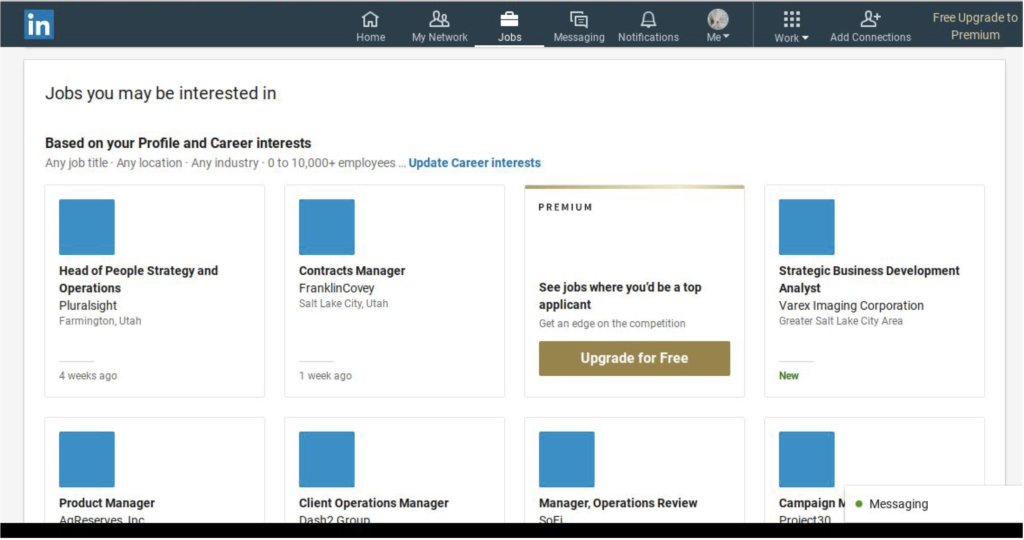 Figure 1. LinkedIn provides “Jobs you may be interested in” based on your profile.

If you click on any of the opportunities listed, you’ll be taken us to the job posting’s specific page. There you will find the full job description and can apply or interact with the recruiter directly. Some job postings will have an Apply button, which will typically direct you to the company’s site to apply; others will have a LinkedIn Easy-Apply button, which will use the information you’ve provided in your LinkedIn account to let you apply in about 5 seconds.

While LinkedIn’s usage is high, the content is often criticized for being overly corporate and somewhat lacking in meaningful exchange. Often people make connections with strangers (or attempt to) or make connections with friends and family who have never interacted with them on a professional basis—all in the name of having a larger network.

This article from The Guardian describes some issues with LinkedIn; in it, the author notes how the platform is unquestionably helpful in finding new opportunities, but the emphasis on presenting a perfect resume or background can water down the overall content.

When assessing the usefulness of LinkedIn, you should keep the pros and cons listed in Table 1 in mind:

Pinterest is an excellent platform for viewing and disseminating content organized visually by theme. Users can search for things like “social media in marketing” or “fun things to do in Salt Lake City,” and then “pin” things to their own boards. Users can create their own boards, which are essentially folders of content. These boards can either be marked as private or public.

For example, a user planning a surprise birthday party might mark the board as private so her friend (whom she may be connected with on Pinterest) can’t see her planning.

Check out this article on the basics of using Pinterest, which is arguably one of the simpler and easy to learn platforms.

As of early 2018, Omnicore found the following statistics on Pinterest’s user base[2]:

While businesses are more likely to place ads on Pinterest than to create Pinterest accounts for themselves, there is an interesting strategy some businesses use.

The following video (below) from 2015 details how Pinterest is useful for referral traffic; this is traffic that would start with or on Pinterest, then lead to going to a second website for service, products or more information. In the video, the author talks about how Pinterest is useful as a “digital catalog,” where people can save things they see on the web, either because they’ve “become inspired by” these things or otherwise find them interesting.

When assessing the usefulness of Pinterest, you should keep the pros and cons listed in Table 2 in mind:

Snapchat started in 2011 and has over 180 million daily users. It is primarily used for creating multimedia messages referred to as “snaps.” Snaps can consist of a photo or a short video and can be edited to include filters and effects, text captions, and drawings. The ability to send video snaps was added as a feature option in December 2012. By holding down on the photo button while inside the app, a video of up to 60 seconds in length can be captured. After a single viewing, the video disappears by default. Spiegel (the company that owns the app) explained that this process allowed the video data to be compressed into the size of a photo. On May 1, 2014, the ability to communicate via video chat was added. Direct messaging features were also included in the update, allowing users to send ephemeral text messages to friends and family while saving any needed information by clicking on it.

Oriented largely toward Millennials and Generation Z, Snapchat’s more secure sharing features continue to resonate with many users. The sort of “anti-Facebook” vibe of the early days of the company seemed to culminate in 2014 when their owners resisted a sale of the company to Facebook:[3]

Snapchat represents the greatest existential threat yet to the Facebook juggernaut. Today’s teens have finally learned the lesson their older siblings failed to grasp: What you post on social media—the good, the bad, the inappropriate—stays there forever. And so they’ve been signing up for Snapchat, with its Mission: Impossible style detonation technology, in droves. FORBES estimates that 50 million people currently use Snapchat. Median age: 18. Facebook, meanwhile, has admittedly seen a decline among teenagers. Its average user is closer to 40.

Given the limited demographics on Snapchat, its business use is probably most effective for companies targeting Millennials and Generation Z. On Snapchat, companies often form their marketing messaging into the stories and snaps that Snapchat offers. If consumers are on Snapchat and follow or make themselves available to various organizations, those organizations can message their following directly, similar to other social media. You can learn more about Snapchat for business here.

Interestingly, Snapchat marketing appears to be more effective than other common platforms:[4]

Snapchat collaborated with MediaScience to survey 320 consumers aged 16 to 56, which compared, during 552 sessions, Snapchat video ads to those on TV, Facebook, Instagram, and YouTube. The study tested emotional responses, eye-tracking, and exit surveys.

Snapchat says its ads garnered twice the visual attention of Facebook and 1.5 times more than Instagram. They were also 1.3 times more effective than YouTube. When compared to those platforms and TV, Snapchat claims that its ads generated greater emotional response and twice as much intent to purchase.

Despite these successes, the integration of advertising into Snapchat is somewhat controversial. There’s at least some evidence that early adopters of the platform wanted an ad-free messaging experience. (Though, as some pay point out, almost all platforms or apps that are “free” to download and use rely on an advertising model to maintain and grow their business.)

When assessing the usefulness of Snapchat, you should keep the pros and cons listed in Table 3 in mind:

Google Plus (also written as Google+) is Google’s answer to Facebook. Using very similar features, Google Plus integrates (naturally) very well into other Google services, especially YouTube. While it never caught on the way Facebook has—its usage is relatively low at 111 million versus Facebook’s 2.07 billion—it has elegant tools, many of which could be used for various business-communication purposes.

Perhaps the most useful feature of Google Plus is the Communities tool. This tool brings users together around a given theme, such as, “home education in California,” and then allows people to connect and interact around that theme. It is similar to Facebook’s Groups feature.

This video provides some additional guidance on how to use Google Plus.

When assessing the usefulness of Google Plus, you should keep the pros and cons listed in Table 4 in mind: