What you’ll learn to do: Describe delivery techniques for use during a public speech

As alluded to in the prior section, a live speech is, in effect, a performance. In addition to what you say, audience members will be reacting—both consciously and unconsciously—to how you say it. In this section, we’ll discuss fundamental considerations, including how to open your speech, how to use gestures and body language to punctuate your message, and what types of language to avoid.

Your opening comments, like the lead sentences of an article, can make or break a speech. As William Zinsser phrases it in On Writing Well, “The most important sentence in any article is the first one. If it doesn’t induce the reader to proceed to the second sentence, your article is dead.”[1] In a chapter on speaking, Management Communication author James O’Rourke tells the story of a plant controller who was asked to make a five-minute presentation about his value to the company. In an attempt to tap into the imagination of the audience of eighteen senior executives, the controller opened with a race car metaphor. After four sentences, he was cut off and asked to leave the room. In another instance, a speaker’s opening joke, drawn from a book of speaking tips, fell flat. After the fact, the speaker reflected that a joke wasn’t the best fit for a rather serious audience and noted that “when you lose something in the first two minutes of a talk, you just can’t get it back.”

With this type of pressure, what’s a speaker to do? Often, the best option is to forget the introduction until you know what it’s introducing—until you have completed a full draft of your whole speech. That is, don’t force an introduction and don’t become too invested in your first idea. Write a draft or “working” opening and allow additional options to emerge as you work through the research (including audience research) and content development process. The dual objectives are to capture your audience’s attention and to set the stage for your speech. That is, your opening should reflect your stated intent and be an accurate indication of what will follow—the main substance of your speech.

In an article for YPO, an association for chief executives under the age of 45, communication strategist Matt Eventoll summarizes effective ways to open a speech and throws in one classic—and oddly common—fail. First, the effective options:

The epic fail, generally followed by a collective disconnect on the part of the audience, is opening with some variation of “thank you for inviting me” or “today I’m going to be talking about.” If your audience isn’t invested from the beginning, it’s likely the point of your speech will never really be heard. 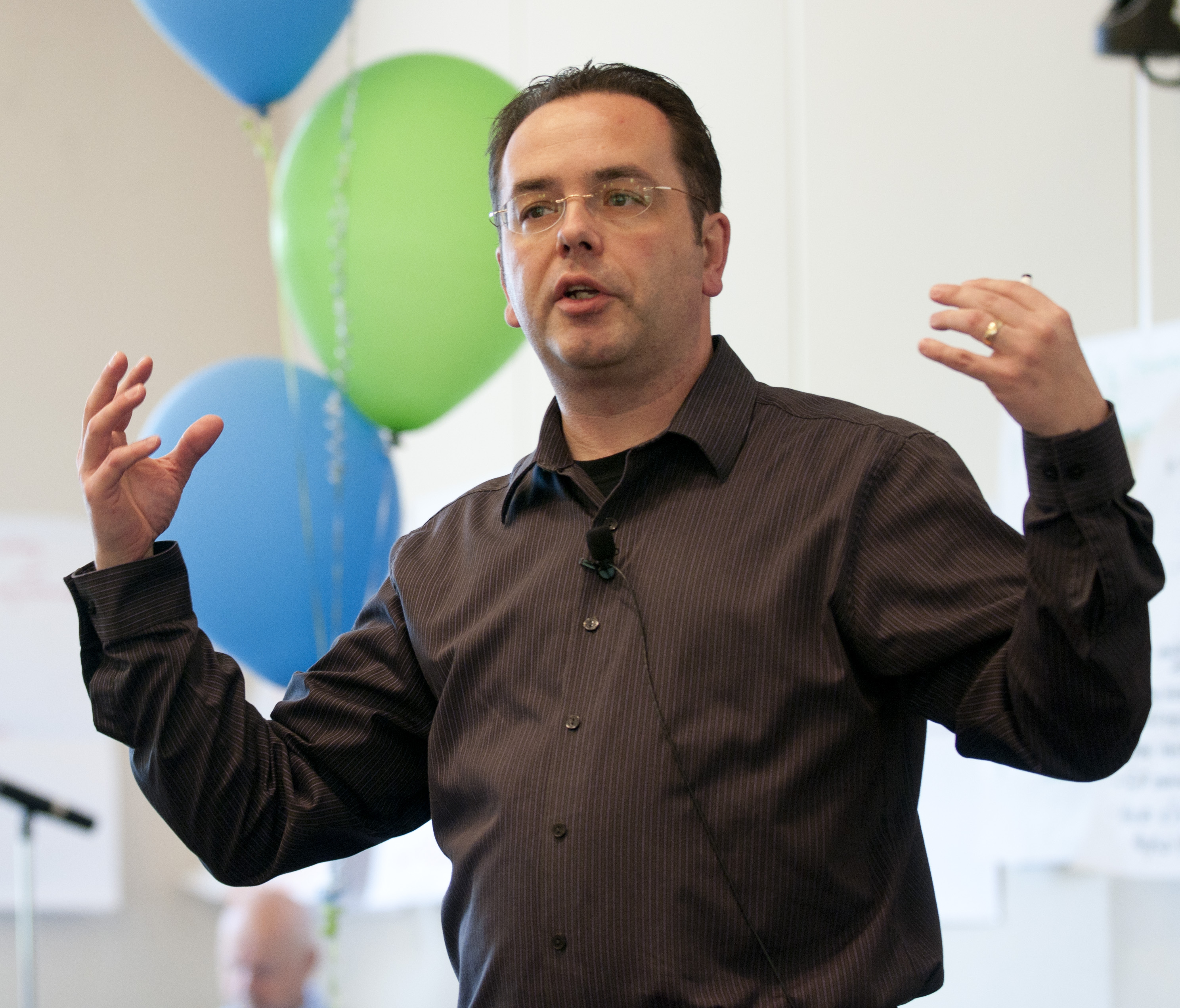 One of the essential rules, and success factors, for public speaking is authenticity. This is as true for your non-verbal language as it is of the words you say and the ideas you express. Body language and gestures are a form of expression and can be either meaningful or distracting.

Toastmasters International, the global non-profit dedicated to teaching public speaking skills, believes that “gestures are probably the most evocative form of nonverbal communication a speaker can employ.”[2] In their Gestures: Your Body Speaks publication, they identify the following seven benefits of incorporating gestures into your speech:[3]

Note:The improper use of gestures can have just as powerful an effect but will likely be detrimental. To avoid this, record yourself presenting and make sure your gestures are consistent with your words. When the two are telling different stories, you create confusion and lose credibility and rapport with the audience.

Body language—how you dress as well as your mannerisms—is another powerful communication element. For perspective on this point, and a powerful speaking and life hack, watch social psychologist Amy Cuddy’s “Your Body Language May Shape Who You Are” TED Talk. The core idea is that we make judgments based on body language, and those judgments can predict meaningful life outcomes. In one example cited, social scientist Alex Todorov found that one-second judgments of political candidates’ faces predict 70 percent of U.S. Senate and gubernatorial race outcomes. What is perhaps more important, however, is that our body language reflects how we judge, think, and feel about ourselves. The key takeaway from this is that our bodies change our minds. That is, we can change  not only how we are perceived but how we perceive ourselves by managing our body language. As a speaker, you must be conscious of, and cultivate, the presence you bring to your speech.

To quote Toastmasters International, “When you present a speech, you send two kinds of messages to your audience. While your voice is transmitting a verbal message, a vast amount of information is being visually conveyed by your appearance, your manner, and your physical behavior.”[4]

Your use of gestures and body movement should reflect not only your personal communication style but should also match the audience and the environment. A good practice is to “preview” the attendees or venue by sitting in on a prior event, watching a video, or scanning the event’s social feeds. This will give you a sense for audience dynamics and the size of the room. Certainly ask the event organizers in advance about the setup of the room in which you will speak. Consider adjusting your gestures to fit the audience, room size, and acoustics. For example, you may may want to tone down your gestures in a smaller space and put more emphasis on vocal rather than physical delivery. This doesn’t mean that you should put your personality on “mute” if you’re a naturally ebullient or expressive person. The key is to manage your mannerisms so they don’t overpower either your audience or your words. If the room is a large auditorium filled with enthusiastic fans, you may want to increase your physical presence with gestures to better “fill” the space. Rehearse new elements so they become fluid and reinforce rather than detract from your message. Remember that gestures and body language are most effective when they’re used as “visual punctuation.”

Just as gestures and body language affect how you are perceived, vocal variety effects how you are heard. As presentation skills training consultant Gavin Meikle notes, “A carefully crafted speech can be ruined by a dull vocal delivery.”[5] In a series of posts on vocal variety, Meikle identifies six key elements, common errors, and good practices to develop greater vocal impact.[6]

As legendary advertising creative director William Bernbach noted, “It’s not just what you say that stirs people. It’s the way that you say it.”

Whether we speak to inform, persuade, or inspire, the common denominator is a desire to communicate and to arrive at a shared understanding of an idea or situation. To quote author and TED Conference curator Chris Anderson, “Your number one task as a speaker is to transfer into your listeners’ minds an extraordinary gift—a strange and beautiful object that we call an idea.”[7] And yet, the very expertise that makes us the right person to deliver a speech on a particular topic can make us incapable of achieving that objective. An in-depth understanding can lead us to oversimplify or over complicate the explanation of a concept foreign to our audience.

One of the most common barriers to communication is jargon, or the terminology associated with a particular profession. As the French philosopher Étienne Bonnot de Condillac observed, “Every science requires a special language because every science has its own ideas.” For perspective on this challenge, and how to overcome it, watch Communications teacher Melissa Marshall’s “Talk Nerdy to Me” TED Talk. Directed at scientists, but with broad applicability to communicators, Marshall describes her “Alice in Wonderland” experience teaching communication skills to engineering students. Extrapolating on her point, if we don’t know about or don’t understand the work of those who are trying to solve the grand challenges of our times, then we can’t support it. Marshall notes that jargon in particular, is a barrier to communication. For example, “you can say ‘spatial and temporal,’ but why not just say “space and time,” which is so much more accessible to us?”[8] A few specific recommendations:

A related point, covered in detail in Module 13: Social Diversity in the Workplace, is to be sensitive to socio-cultural variations in language and interpretation. As the French proverb notes, “The spoken word belongs half to him who speaks and half to him who listens.”

The following video is a great talk about the mistakes and cornerstones of speech, which help you encourage your audience to listen and care about your points: