Why It Matters: Public Speaking

Why learn about public speaking in business?

One of the essential business and life skills often neglected in our “schooling” broadly is the art of public speaking. It’s an odd omission given that the oral tradition is as old as civilization. Indeed, public speaking is a through-line in our history as a people and as a nation. This is not only an American phenomenon but a human reality.Whether they’re a signal of change or a spark that ignites change, speeches accompany the pivotal events of every time and place, rallying people around a vision of the future, be it the founding of a nation, a call to arms, or a call to action. 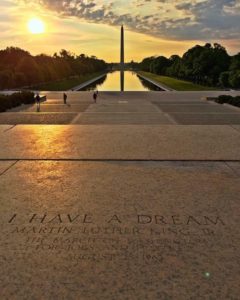 Figure 1. On August 28, 1963, Martin Luther King, Jr. gave his famous “I Have a Dream” speech from this spot on the Lincoln Memorial steps to an audience of a quarter million people.

These ideas often transcend their times, tapping into an enduring sense of possibility or responsibility. Consider, for example, this excerpt from Dr. Martin Luther King’s 1963 “I have a dream” speech: “I have a dream that my four little children will one day live in a nation where they will not be judged by the color of their skin but by the content of their character.”[1] Over fifty years later, Dr. King’s speech remains both resonant and relevant and, as an article from the the History Channel notes, it has “endured as one of the signature moments of the civil rights movement.”[2]

Hillary Rodham Clinton’s 1995 “Women’s Rights Are Human Rights” speech given at the United Nations Fourth World Congress on Women is another example of a defining vision and values statement. To excerpt: “As long as discrimination and inequities remain so commonplace everywhere in the world, as long as girls and women are valued less, fed less, fed last, overworked, underpaid, not schooled, subjected to violence in and outside their homes—the potential of the human family to create a peaceful, prosperous world will not be realized.”[3] The title of a New York Times article by Amy Chozick about Clinton’s positioning as a presidential candidate in 2016 sums up the impact of this speech decades after it was delivered: “Hillary Clinton’s Beijing Speech on Women Resonates 20 Years Later.”

Oral communication is not only a tool of preachers and politicians, it’s a tool of the people. If you don’t hear yourself or your world view represented, you can change that. Of course, you don’t have to be working on a national or global scale to appreciate effective public speaking. To gain support for your ideas at any level, you need to be a clear and compelling oral communicator. Ultimately, public speaking matters because it can be the difference between being heard and shaping your world—however you define it—or living with the consequences of someone else’s pronouncements. If you prefer the former option, let’s prepare to be heard!