Why It Matters: Written Communication

Why learn to write effectively? 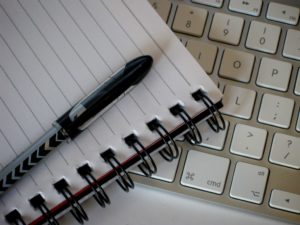 What is the cost of poor communication? It is difficult to know exactly, but estimates suggest the cost could be billions of dollars and worker hours. Poorly-worded or inefficient emails, incessant text messages, memos and emails that go unread due to poor structure and writing, snoozy slide presentations, lack of understanding of the audience—all of these examples result in inevitable costs.

Joanne supervises thirty-six professionals in six city libraries, and in recent months, she has noticed a ten percent increase in claimed overtime. To cut the costs of unnecessary overtime, she issued this one-sentence memo to her staff:

When workloads increase to a level requiring hours in excess of an employee’s regular duty assignment, and when such work is estimated to require a full shift of eight hours or more on two or more consecutive days, even though unscheduled days intervene, an employee’s tour of duty shall be altered so as to include the hours when such work must be done, unless an adverse impact would result from such employee’s absence from his previously scheduled assignment.

After the thirty-six copies were sent out, Joanne’s office received twenty-six phone calls asking what the memo meant. What the ten people who didn’t call about the memo thought is uncertain. It took a week to clarify the new policy.

Advances in technology have opened the door to a myriad of communication vehicles in business today. In any written business communication the most important aspect is to clearly convey the main ideas and purpose of the message to the audience. This is closely followed by how it is written and then the method of sharing the message. Harmonizing these three characteristics will determine how effective the message is when it is received.