Identify the most common elements in the Earth’s crust and their order of abundance.

This section will introduce you to the most common elements present in the Earth’s crust that directly influence types of minerals formed.

Abundance of Elements in Earth’s Crust

The table shows the abundance of elements in Earth’s crust. 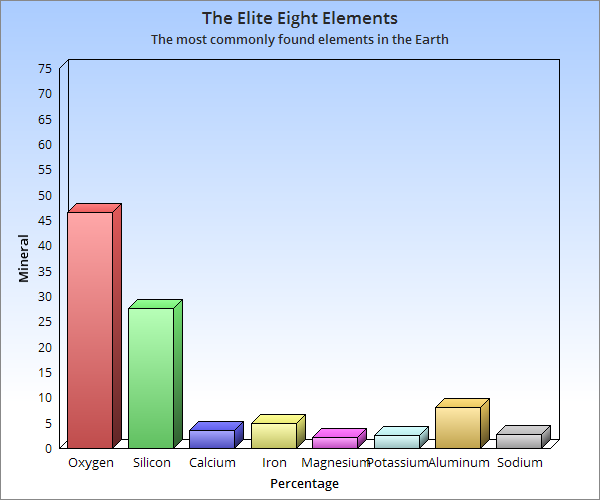 Silicate Minerals and the Silicate Tetrahedron

However, oxygen is a strongly electronegative element, which means that it has the strength to attract electrons from other elements to its nucleus in most situations. In a mineral, each oxygen atom in the silicate tetrahedron will actually have eight electrons: the six electrons that each oxygen atom had in its outer electron shell to begin with, the electron it gained by sharing a pair of electrons in a covalent bond with the silicon atom in the tetrahedron, and one more electron from another atom (or another small group of atoms) in the mineral, outside the tetrahedron.