Unionization is the process of organizing employees into a labor union that will act as the exclusive bargaining representative for all eligible workers. There are five basic steps in the process, proceeding from preparation to certification. The union standpoint is detailed below; management considerations are addressed below that. 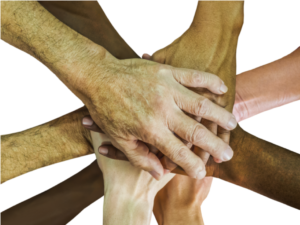 The first step in the process is discussing concerns with co-workers. In this phase, employees are evaluating and building support for action. This step includes identifying core issues and educating co-workers on unionization rights. As noted on multiple union websites, this step also involves developing an understanding of proper union policies and principles. The goal of this step is to assemble an organizing committee that is informed and fairly represents the workplace.

The second step involves developing a list of demands—also referred to as an issues program—and soliciting employee support for the union. Some unions provide social media training and support—a situation described by “union proofing” communications firm Projections in their UnionProof article “How Unions are Organizing Your Employees on Social Media Right Now.”[1]

In order to proceed with a union election, at least 30% of employees must sign union authorization cards, although some unions prefer to see a majority show of support. Once this threshold is met, the organizing committee can submit a petition to the NLRB for election. The majority percentage is also significant in that an employer may voluntarily recognize a union based on “evidence,”—typically signed authorization cards—that a majority of employees choose union representation.

NLRB agents will conduct an investigation to confirm there are no issues that would prevent an election and develop an election agreement between the parties to establish the balloting date, time and place, ballot language and a method to determine who is eligible to vote. Managers and supervisors are considered management and cannot join unions or be part of the bargaining unit. Determination of the bargaining unit—who is eligible to vote—can be a point of contention. Management generally attempts to classify as many employees as possible as supervisors to limit union membership. The NLRB has established that employees who have the authority to make work assignments or direct the work of other employees may be classified as supervisors if those tasks require some independent judgment and discretion, even if they serve in this capacity for only 10-15% of their time.

If the union receives a majority of the votes cast, the NLRB certifies it as the employees’ bargaining representative and is entitled to be recognized by the employer as the exclusive bargaining agent for eligible employees. Every member of the bargaining unit (eligible employee) is covered by the negotiated contract, whether the individual voted for the union or not. Failure to bargain with the union at this point is an unfair labor practice. [2]

Both the union and employer have rights and obligations during an organizing campaign. As stated on the NLRB website: “The National Labor Relations Act forbids employers from interfering with, restraining, or coercing employees in the exercise of rights relating to organizing, forming, joining or assisting a labor organization for collective bargaining purposes, or from working together to improve terms and conditions of employment, or refraining from any such activity. Similarly, labor organizations may not restrain or coerce employees in the exercise of these rights.”[3] For a detailed list of rights and obligations, refer to NLRB’s Employer/Union Rights and Obligations page.[4] In Fundamentals of Human Resource Management, the authors emphasize the need to train management and supervisors on what constitutes “unfair labor practices,” using the acronym TIPS as a way to remember prohibited behavior. Specifically, management cannot Threaten, Interrogate, Promise or Spy on employees.[5]

If management wants to prevent unionization, they must first be aware of why employees join unions and be proactive in addressing those issues. Speaking at SHRM’s 2018 Annual Conference, labor attorney Timothy Davis identified seven steps for employers to take to minimize the risk of unionization:

Davis’ top tip: maintain good employee relations. Tactical point: craft responses to typical union issues as a brief statement of fact so managers can communicate them effectively. For example, to support a claim of fair pay compensation should be in the top 10% in the industry.